Managed Money Still Liquidating Gold Positions
As always, we must look at the numbers in the context of a fight between the bullion banks and the speculators. The bullion banks are the Swaps, and they are net short 189,336 contracts worth $36 billion. They are desperate to reduce this position, and normally they would do this by scaring the hedge funds (Managed Money) into closing their longs. But they are not playing the game, having increased their net longs by nearly 13,000 contracts, not by closing their longs by much, but mostly by closing their shorts. The hedge funds are now ducking out of the contract.

Entities Standing For Delivery Hits All-Time Record
Normally, the hedge funds are the largest speculators, but they now represent only 37% of the category. The Other Reported category (basically traders who don’t fit into the other category, both specs and non-specs) is now firmly in charge. The reason it matters is the traders who stood for delivery in active contracts since March are in this category, and their net longs are at a record level. See the chart below. 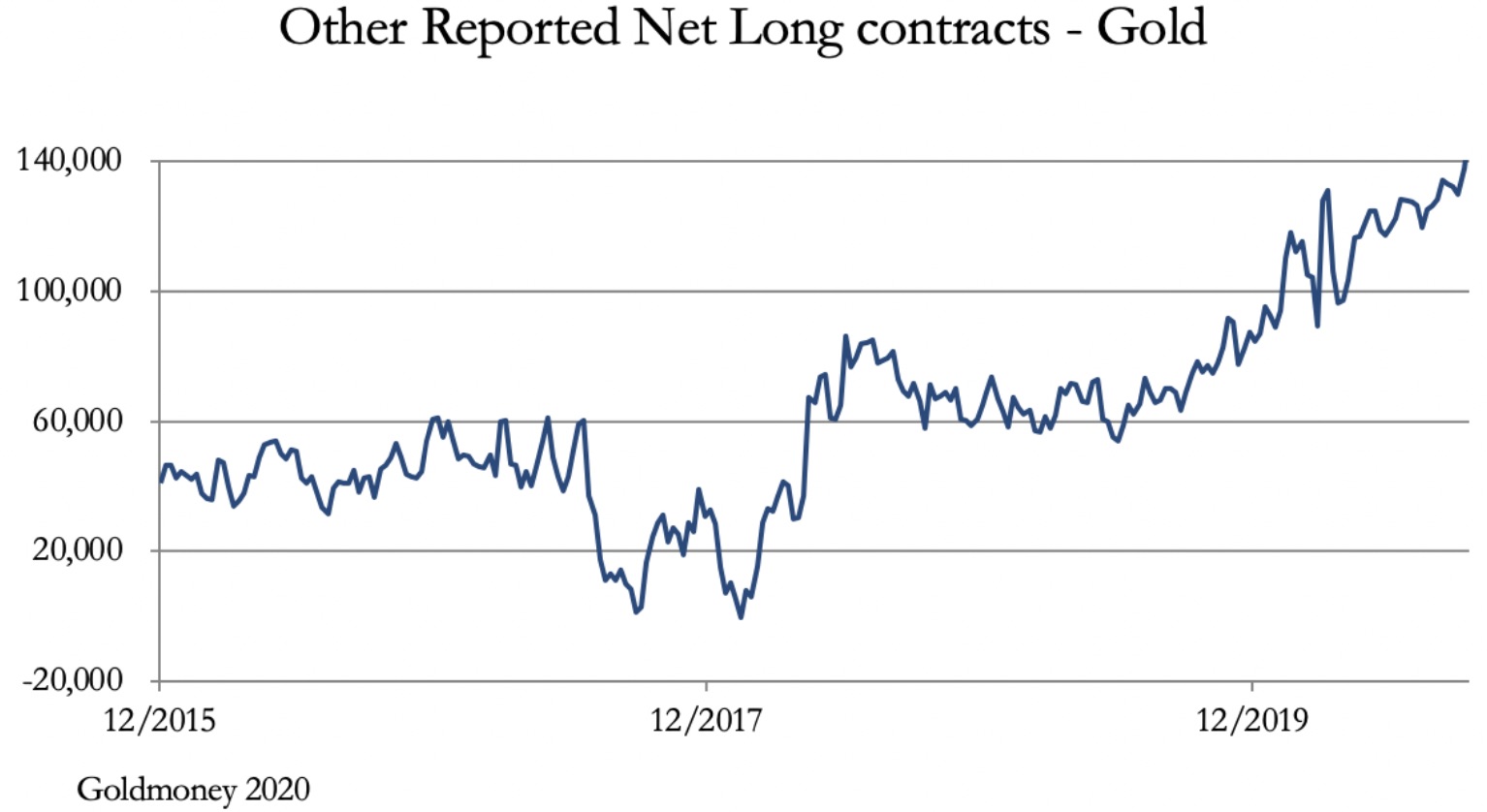 This Drove Bullion Banks Into Crisis As Gold Skyrocketed
This was the category that first hit record net longs on 24 March, side-lining the hedge funds and driving the bullion banks into crisis as the gold price rocketed. And they are doing it again.

The Other Reportables have torn up the bullion banks’ rule book. The last thing the Swaps wanted to see is net shorts increase by another 15,965 contracts. Worse still, with hedge funds backing out of the contract they cannot close their positions.

Bullion Banks May Need To Be Bailed Out
The next run in the gold price will probably be fuelled by the bullion banks’ shorts being badly squeezed again by the Other Reportables. This time, some may have to be bailed out.

Gold Preparing For Strong Rise, Bullion Bank Troubles, Plus A Look At Silver