Today London analyst Alasdair Macleod told King World News that big money is aggressively buying the takedown in the gold market, and this is creating a major problem fo the bullion banks.

September 26 (King World News) – Alasdair Macleod:  Yesterday’s release of Commitment of Traders’ figures for last Tuesday appear to reflect a repeat of the position in late-March, following which the gold price on Comex gapped up to massive premiums over spot. At that time, the coronavirus was blamed. Despite some countries facing a second wave, let’s see if with mines and refiners operating normally it happens yet again.

This week, the non-speculators have clawed back 18,778 of their net short position, with the bullion banks (Swaps category) achieving 9,874 of it. With Producers/Merchants equally cutting net hedging, this is not as good a result as the bullion banks would have hoped for.

In the specs, Managed Money (hedge funds) has crashed its net long position by 29,650, reducing its proportion of net longs in the speculators’ category by 4% to 38%. It is hardly a surprise on two counts: they have been increasing their net longs in recent weeks and have responded to the “sell gold buy dollars” mantra on the dollar’s trade-weighted rally. But it is worth noting that at net long 81,448 contracts their aggregate position is considerably less than their long-term average of 111,000 contracts. This should concern the bullion banks, because this category is the cannon fodder for their profitable ramp-and-crash strategy, and there are not enough Managed Money net longs to close down their net shorts.

Big Money Aggressively Buying Gold Dip…Again
That brings us to the other major speculator category — the Other Reported which has increased its net long exposure by 7,733 contracts, buying into a falling market. At 164,345 contracts this category’s long contracts are at a record. Interestingly, on 24 March it also hit a record, when gold had been smashed down to $1457 the previous day. In other words, this category had the intelligence to buy gold futures in huge quantities on the February/March knockdown and are doing it again.

By a process of elimination this was the category that stood for delivery – from memory it was about 150 tonnes, pretty much an unprecedented amount. Will they stand for delivery this time? Interestingly, the non-active October contract, which runs off the board this week, has 37,810 contracts outstanding, the equivalent of 117.6 tonnes.

Setup Explosive As Bullion Banks Fail To Close Out Shorts
To summarise, the signs strongly point to a failure yet again of the bullion banks to close their shorts. The other side of the trade is no longer flighty hedge funds who rarely stand for delivery, but the Non-Reportables, who don’t fit into the other categories and are presumably family offices and billionaires around the globe, sensitive to the consequences of monetary inflation. 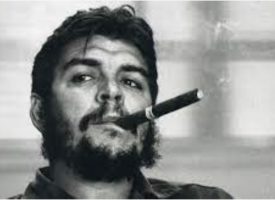