A Year Of Warnings
February 11 (King World News) – Jason Goepfert at SentimenTrader:  Technical warning signs triggered often last fall and started up again in recent weeks. That has amounted to a relatively large cluster over the past year, typically leading to poor returns over the medium-term

In November, we spent a few reports looking at technical warning signs like the Hindenburg Omen and Titanic Syndrome. Silly names aside, they have good long-term records, in real-time, and have helped us many times over the years. Those signals last fall failed badly…

They’ve been triggering again. Not quite to the same degree, but still. This is yet another round of warning signs, adding to several others over the past year. In Monday’s report, we saw that there has been a spike in days with new highs in stocks but with waning underlying momentum over the past year, and it’s the same with warnings like the Hindenburg Omen. Not just over the past few months, but even beyond.

In the past year, the Hindenburg on the NYSE has triggered 7 times. There have been larger clusters, but this still ranks as a tumultuous period. 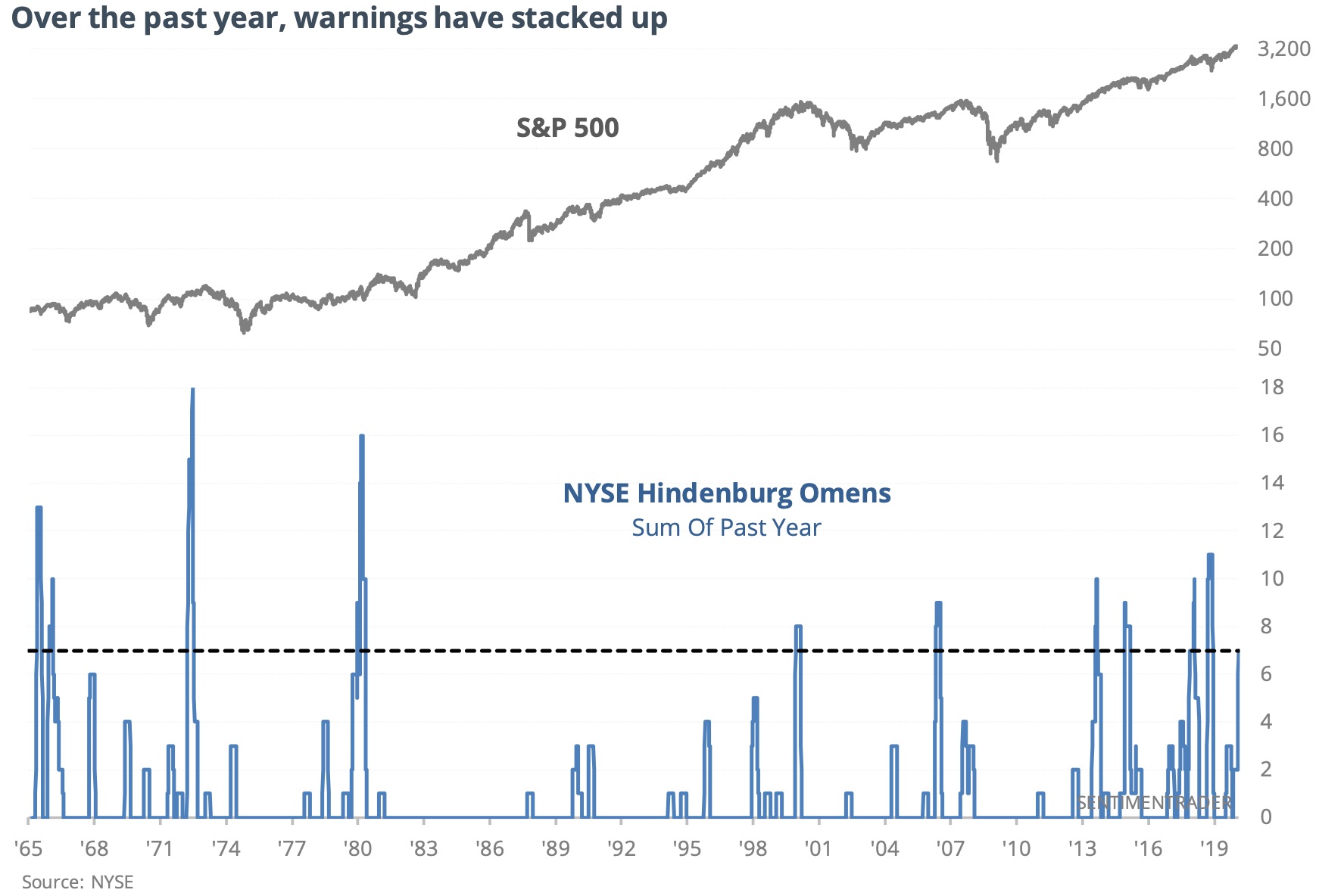 On the next page, we can see the S&P 500’s future returns when the Omen triggered for the 7th time over a rolling 252-day period.

Of the four times it happened since 2009, three of them led to a 4% or larger drawdown within the first month. The other, in 2017, was an outright failure as a warning sign. 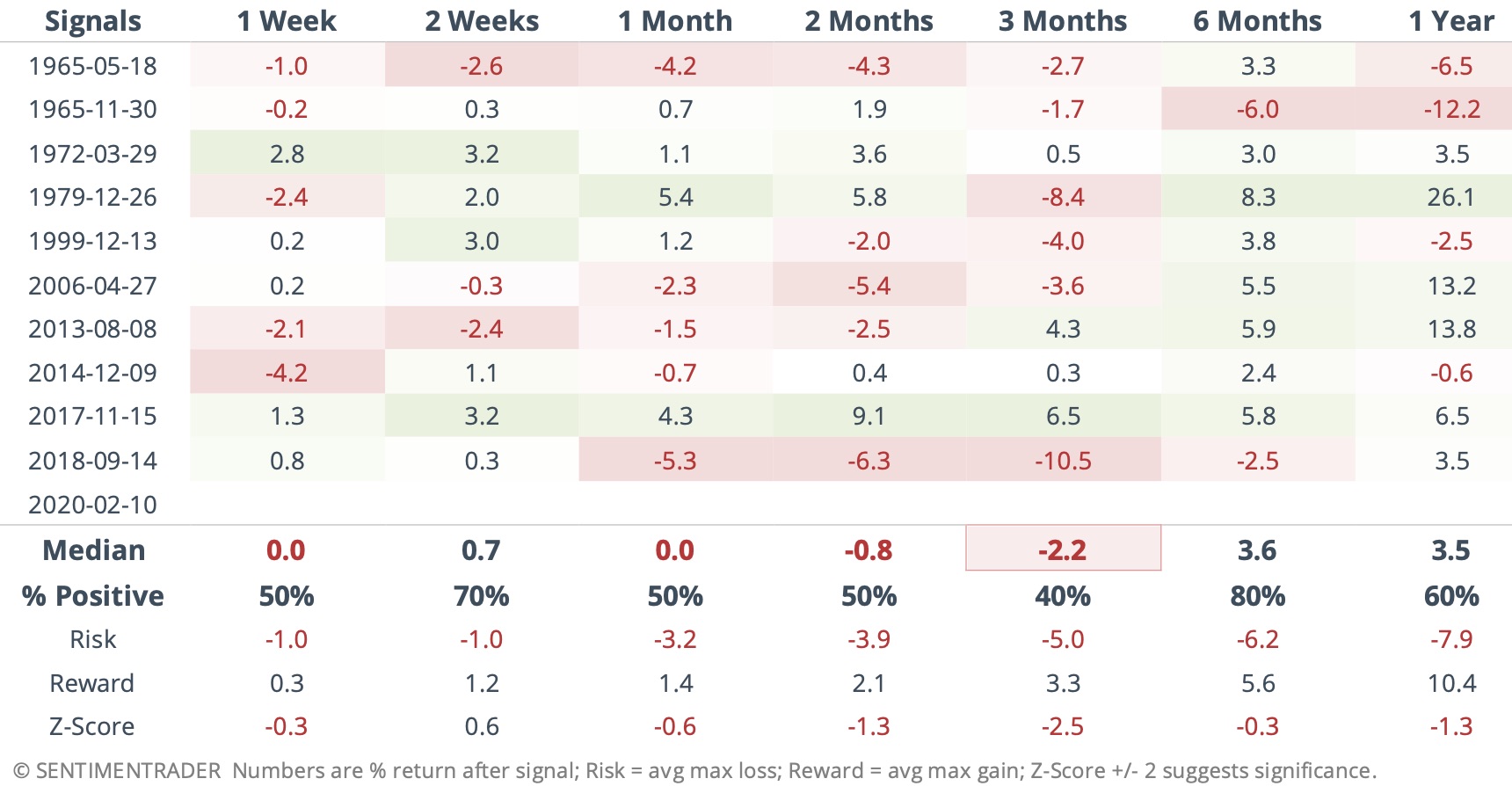 This is another example of why Jason Goepfert is the best in the world at what he does — providing actionable market data. To subscribe to SentimenTrader CLICK HERE.