Alasdair Macleod says that big money is worried about a full-blown financial collapse and these fears have prompted some large entities to buy massive amounts of physical gold.

This divergence can be laid at Comex’s door. The gold contract is struggling with the bullion banks trying to reduce their short positions without driving the price higher. Last week’s fall to the low $1670s was no more than an attempt to shake out some stop-losses against an improving background for the stock market. The lower levels obviously found buyers, which took gold back to the top of its recent trading range ($1744) yesterday. 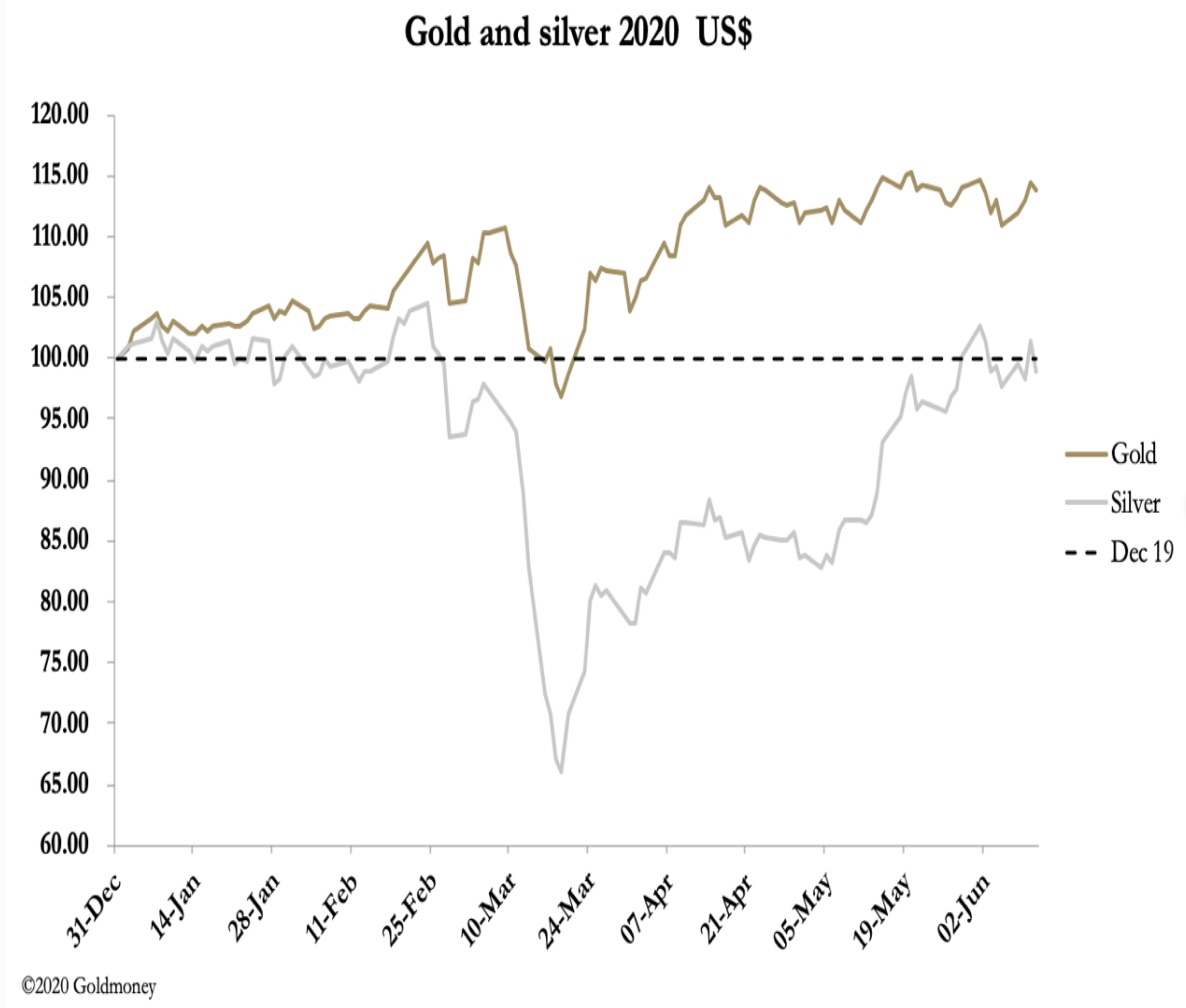 Meanwhile, in silver the swaps as a group are slightly short, and patiently working towards going long. In their favour the July contract is winding down, but despite having to pay between 15–20 cents premium to roll into September, buyers are not only paying it, but open interest is ticking higher. This is shown in our next chart. 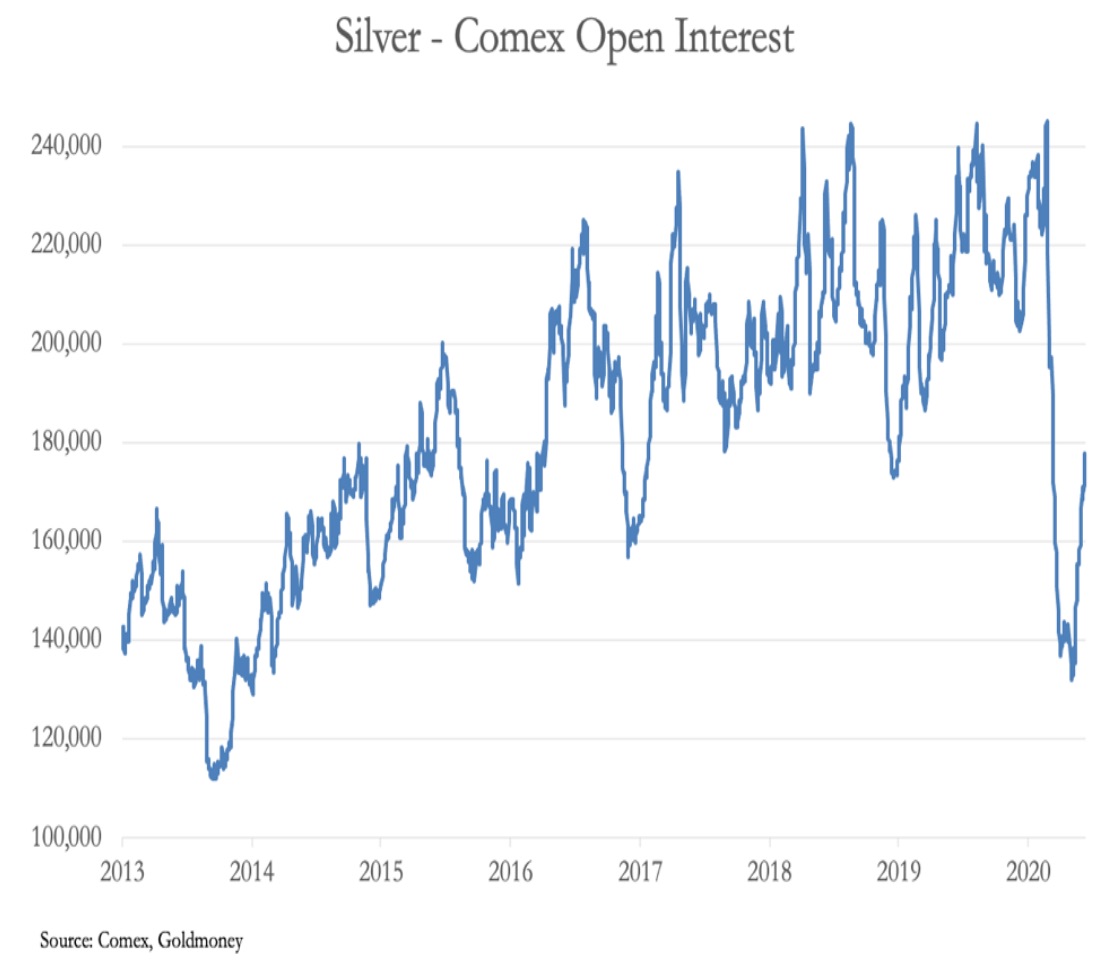 Sharply rising open interest tells us that the underlying trend is bullish. Despite the massive rise following the dramatic knockdown earlier this year — evident in our headline chart — silver still has much catching up to do. Our next chart is of the gold/silver ratio, which shows that silver appears to have passed a major turning point. 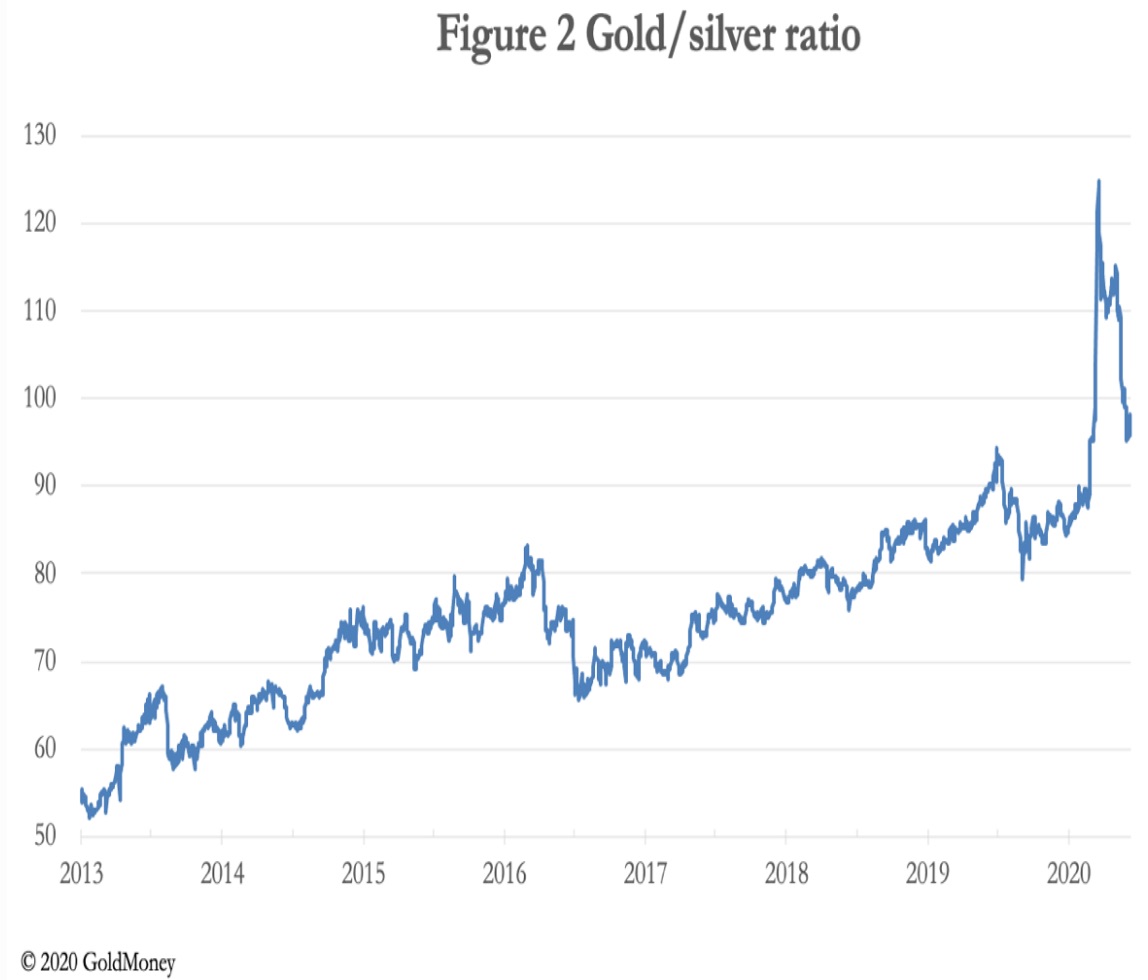 Sell-offs, such as that evident in the gold/silver ratio are the most certain indicators of a change in trend, and while the initial recovery may need consolidating, this chart shows that dips in the silver price relative to gold are buying opportunities. This knowledge, taken with the increase in open interest, points to silver outperforming gold in the coming months.

The gold price is unlikely to be a slouch in its performance either. American demand for physical has simply rocketed, with import figures showing large quantities of bullion entering the US. Turning to Comex, we can see why: so far, contracts that have stood for delivery and been satisfied stand at 160 tonnes of gold, a previously unheard-of quantity. Traders have been paying premiums over spot to acquire physical bullion, the futures market being the only source for significant delivery amounts in the US…

This Is A Very Big Deal
Until now, those seeking exposure to physical metal have been content to hold ETFs such as GLD. And indeed, physical ETFs are still being bought by institutions and family offices. That significant amounts of bullion are being bought for direct ownership indicates that some large players are beginning to think about systemic risk.

This week saw another FOMC statement. The Fed is now buying Treasuries and other debt without limit, and interest rates will be zero for the next two years. Despite the massive monetary injection so far which has already taken its balance sheet to over $7 trillion, we now see repo activity rising, indicating bank liquidity issues are returning.

And lastly, something that’s not meant to happen in a general rush to safety: the dollar looks like it is breaking down, which is our final chart. 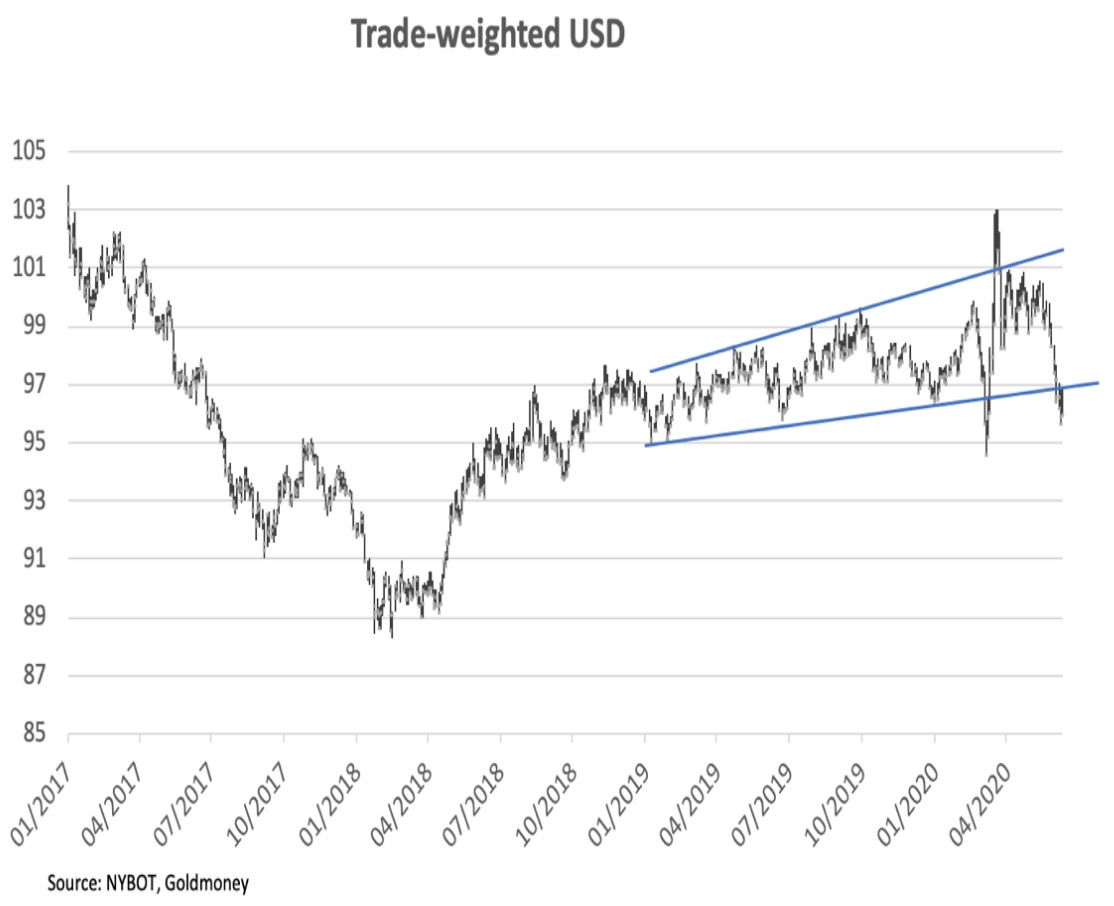