With the stocks surging, the US dollar rallying and gold and silver consolidating recent gains, here is what you need to know…

9/11 XVI
By Bill Fleckenstein President Of Fleckenstein Capital
September 11 (King World News) – The stock market exploded out of the gate, gaining about 1% in the first hour, apparently because North Korea didn’t cause any trouble over the weekend and — fortunately — Hurricane Irma was not as bad as had been feared…

A Lot of Hot Air
The only problem with using those two arguments as the reason for today’s rally is because, in my view, the stock market was not pressured by either of those two variables to begin with. Even when I looked at insurance stocks last week, it didn’t look to me like they were discounting the sort of disaster that it looked like Irma might become on Friday afternoon.

Nonetheless, the prices are what the prices are. I would say that part of the reason for the party in the Nasdaq today was a function of Apple scooting ahead a couple of percent because the long-awaited (and likely to be somewhat disappointing) iPhone 8/X (depending on which iteration you’re planning to buy) is finally going to be available for sale this week. Thus, what is deemed good for Apple is also good for the Apple food chain, and of course every other speculative toy along with the FANG.

In any case, after the early buying spree, the intensity fizzled as only a tiny bit more upside was gained in the afternoon.

Away from stocks, green paper saw a strong rally — not that it really needed a reason, as sentiment and positioning had become quite lopsided. Thus, some sort of a bounce in the dollar was coming our way and you can make up any reason you want for why it happened today. Turning to fixed income, it was hit pretty hard, oil gained 1%, while the precious metals came in for some selling last night, as in that market perhaps there has been some buying related to North Korea. Gold dropped 1.5% to silver’s 1% as silver tried harder to cut its losses. The miners behaved OK, on a relative basis for the most part, with a couple bucking the trend altogether.

The Right To Change Their Mine
Tahoe, which has been the recipient of a tremendous amount of bad luck in Guatemala, surprisingly saw the Supreme Court lift its own production ban on the Escobal Mine, which is very peculiar, since the original ruling made no sense in the first place. It is way too early to say what the news really means, as Guatemala continues to be a dicey place to be.

Pretium also saw a bounce, which I think was the combination of two factors: the chairman of the board bought 25,000 shares on top of the 2.5 million he owns, and there had been a lot of shorts piled up in that stock due to the nature of the ore body. As I mentioned in Ask Fleck, there have been rumors of a big, scathing short-sale report from infamous short seller Muddy Waters. That idea never made any sense to me, but nonetheless the combination of insider buying and the beefed up short position helped account for its bucking the trend, which it should have, because even on a day when gold is down the stock is just too cheap.

King World News note:  For those keeping score, the commercials increased their short positions in both the gold and silver markets (see charts below). 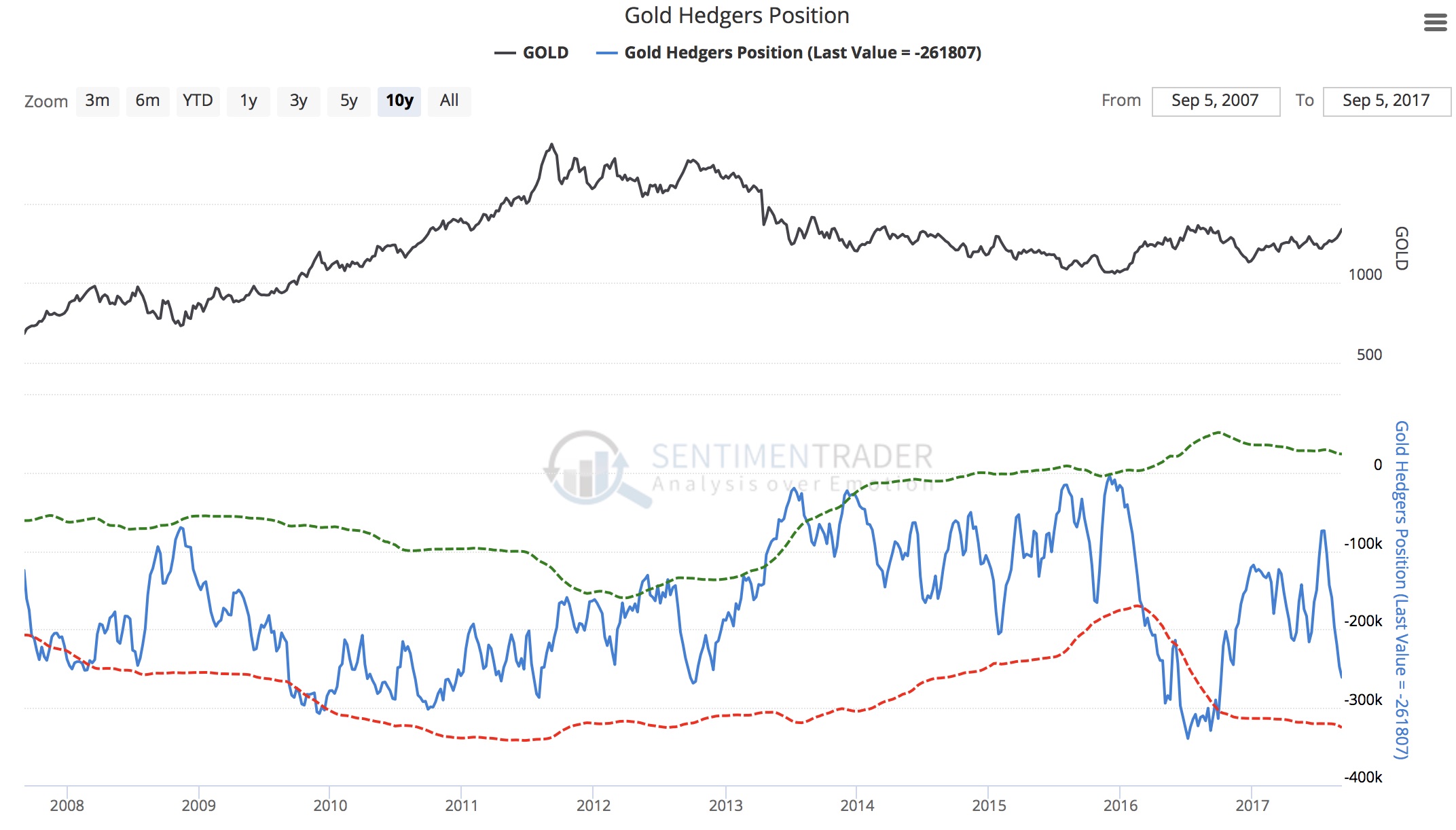 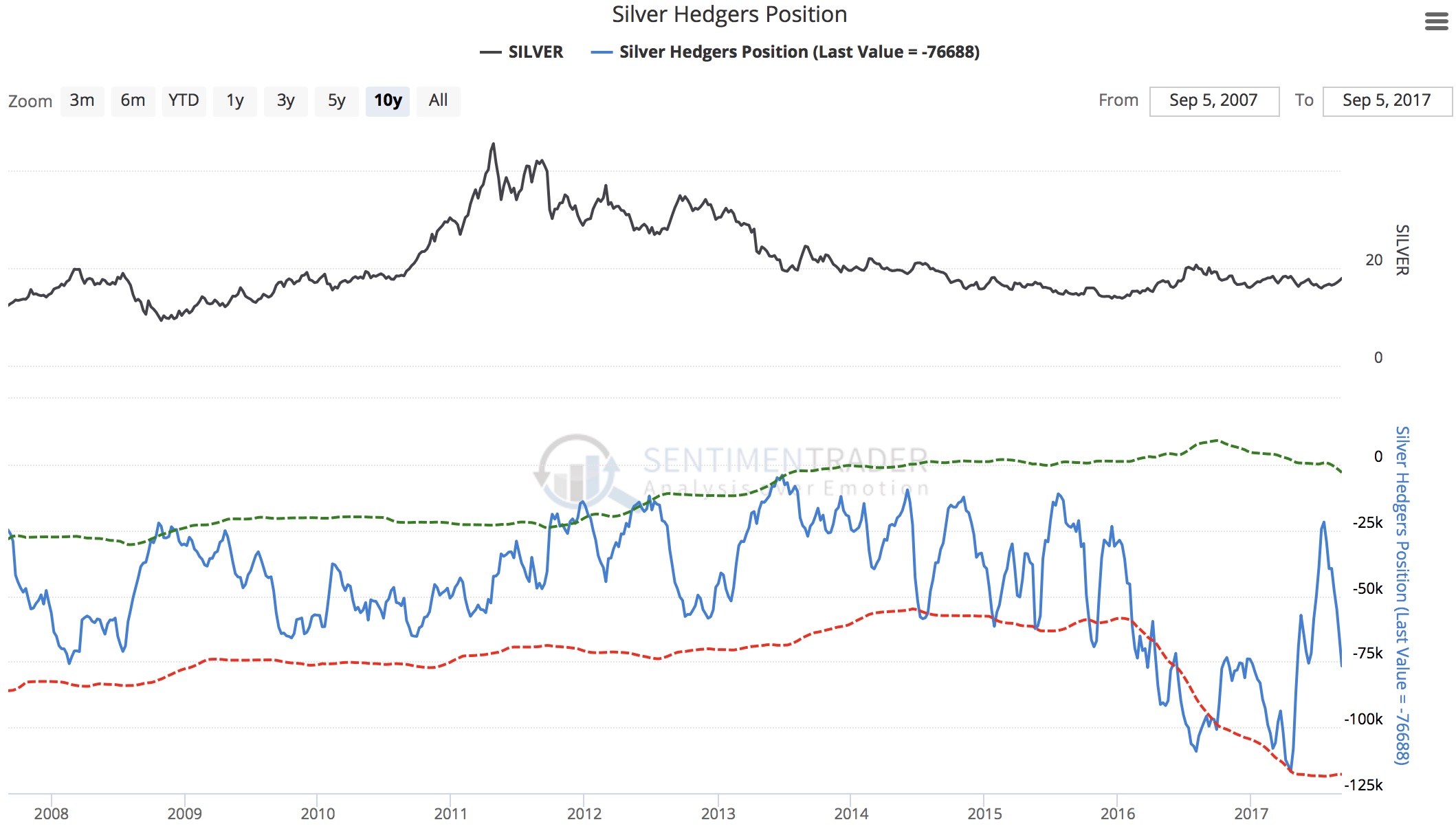 Andrew Maguire discussed the gold and silver COT reports and much more in his latest KWN audio interview below.