Today King World News takes global readers on a trip down the rabbit hole of U.S. debt, gold and a massive conspiracy.

But first, a quick note on GLD…

From SentimenTrader:  After going more than two months without pessimism, the Optimism Index on the primary gold ETF finally fell below 20 (see chart below). 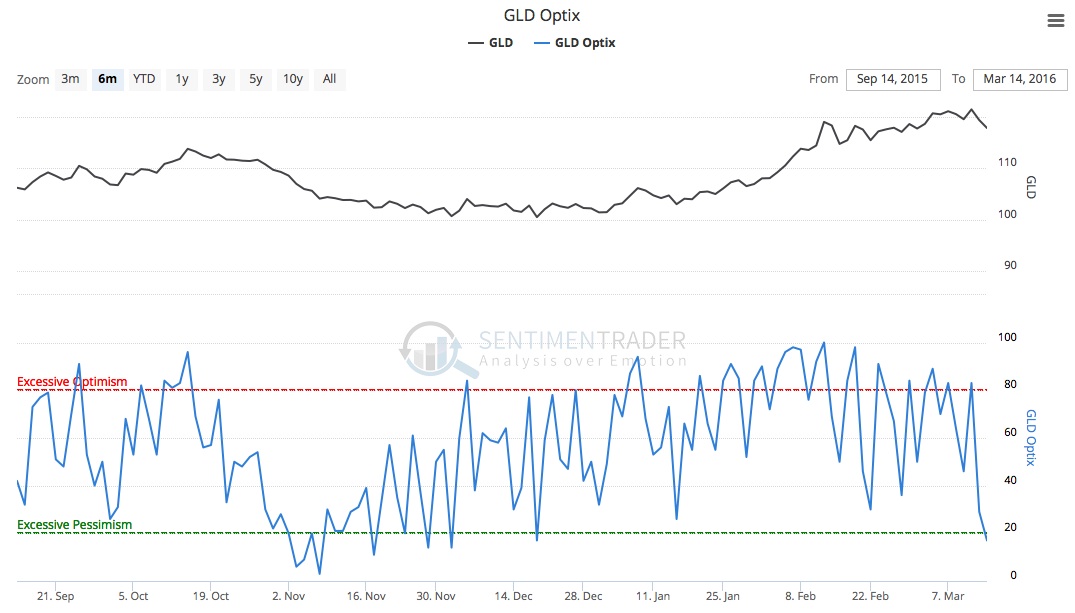 In the history of GLD, there have been 10 other times it went at least two months with an Optimism Index above 20 then finally fell below.

For those who have not yet listened to the KWN audio interview with Larry Lindsey, it takes a trip down the rabbit hole: 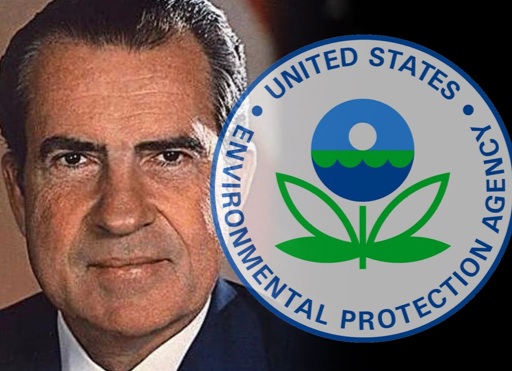 Eric King:  “As you know, in (August of) 1971 Nixon closed the gold window.  (Prior to that Nixon conspired to create the EPA.)  And the creation of the EPA (Environmental Protection Agency) was in (late) 1970 (right before Nixon closed the gold window).  That was because the U.S. needed to have a promise to foreign governments to guarantee them some type of mineral assets (in exchange for additional credit). 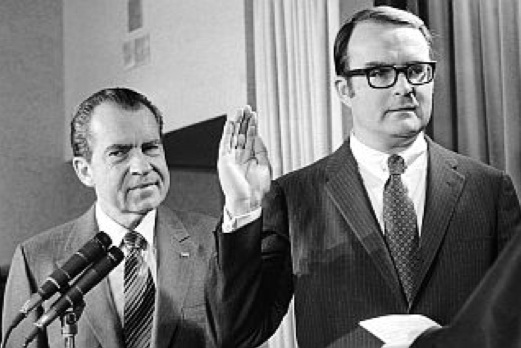 Notice the look on Richard Nixon’s face as Ruckelshaus is sworn in to head the EPA in December of 1970,
just months before Nixon closed the gold window in August of 1971.

Eric King continues:  “And you notice that the EPA just keeps making more and more land seizures.  Is there something going on with the EPA and their land seizures and promises to foreign governments to cover U.S. debts with our mineral rights?”

Larry Lindsey:  “Whether they (the EPA) are trying to hand stuff over to foreign governments, I don’t know.  One thing that just happened that might give people pause on that theory is somehow the State Department found half a billion dollars in funds that had been appropriated for purposes other than the State Department that it didn’t need, and they turned it over to the UN for Climate Policy.  That’s an example of funds that Congress had intended for one purpose and basically, as you pointed out, handed it over for some (other) international objective.” ***KWN has now released the incredible audio interview with former White House official Larry Lindsey, where he discusses the coming chaos, gold, and how to take back control of our money, and you can listen to it by CLICKING HERE OR ON THE IMAGE BELOW.

***ALSO RELEASED:  James Turk Warns Despite Pullback, We May See A Stunning Surprise In The Gold And Silver Markets CLICK HERE.