After what has been a wild first few months of 2019, a picture speaks a thousand words. 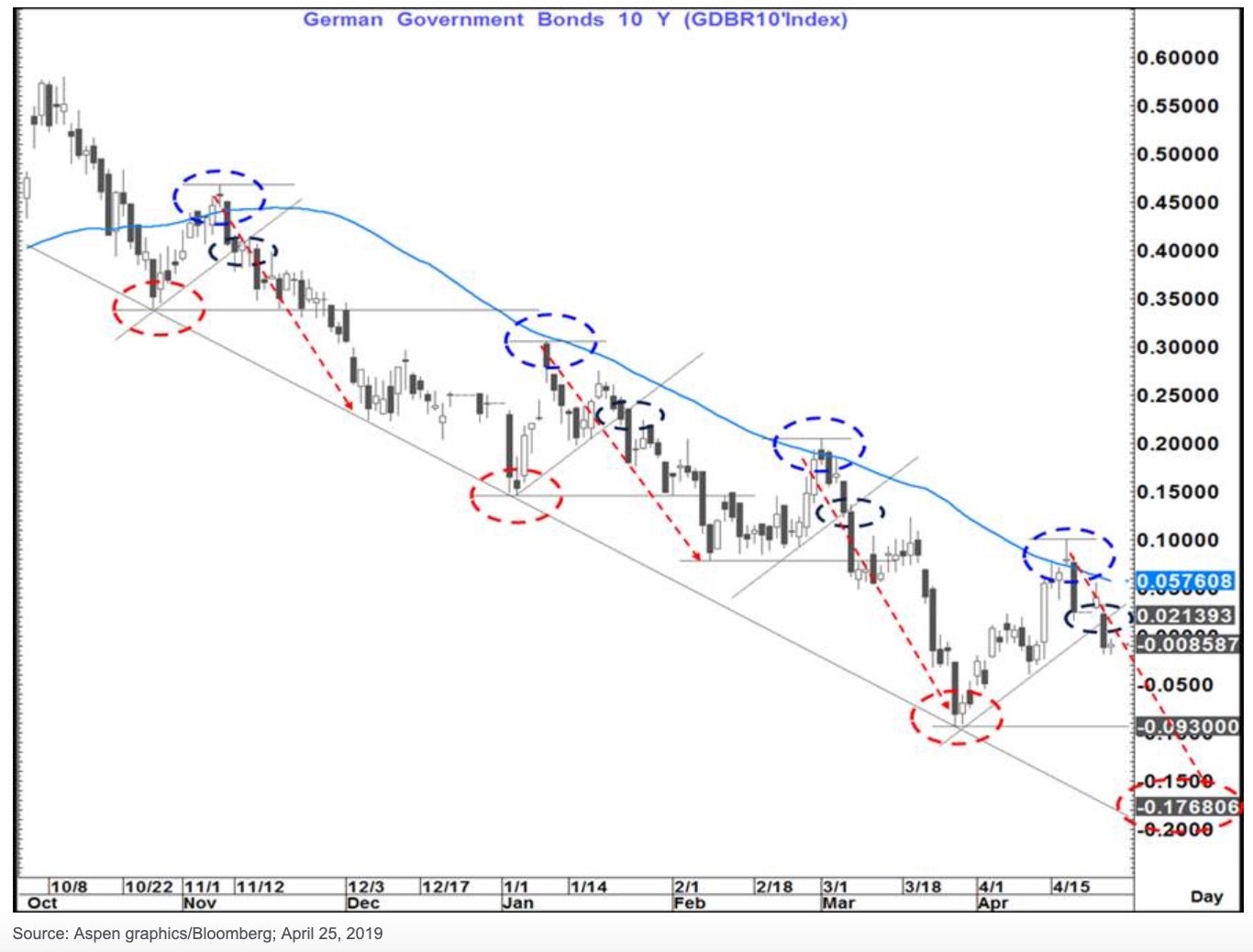 King World News note: If yields are going to continue to plunge in Europe, the United States, and around the world, what does that say about the true state of the global economy?

Euro vs US Dollar
Fitzpatrick continues:  This is the 4th breakout in Euro/US Dollar over the last six months; however, the other three have proven to be false breaks and quickly reverted back into the range (see chart below).

Euro Moving Lower Against The US Dollar 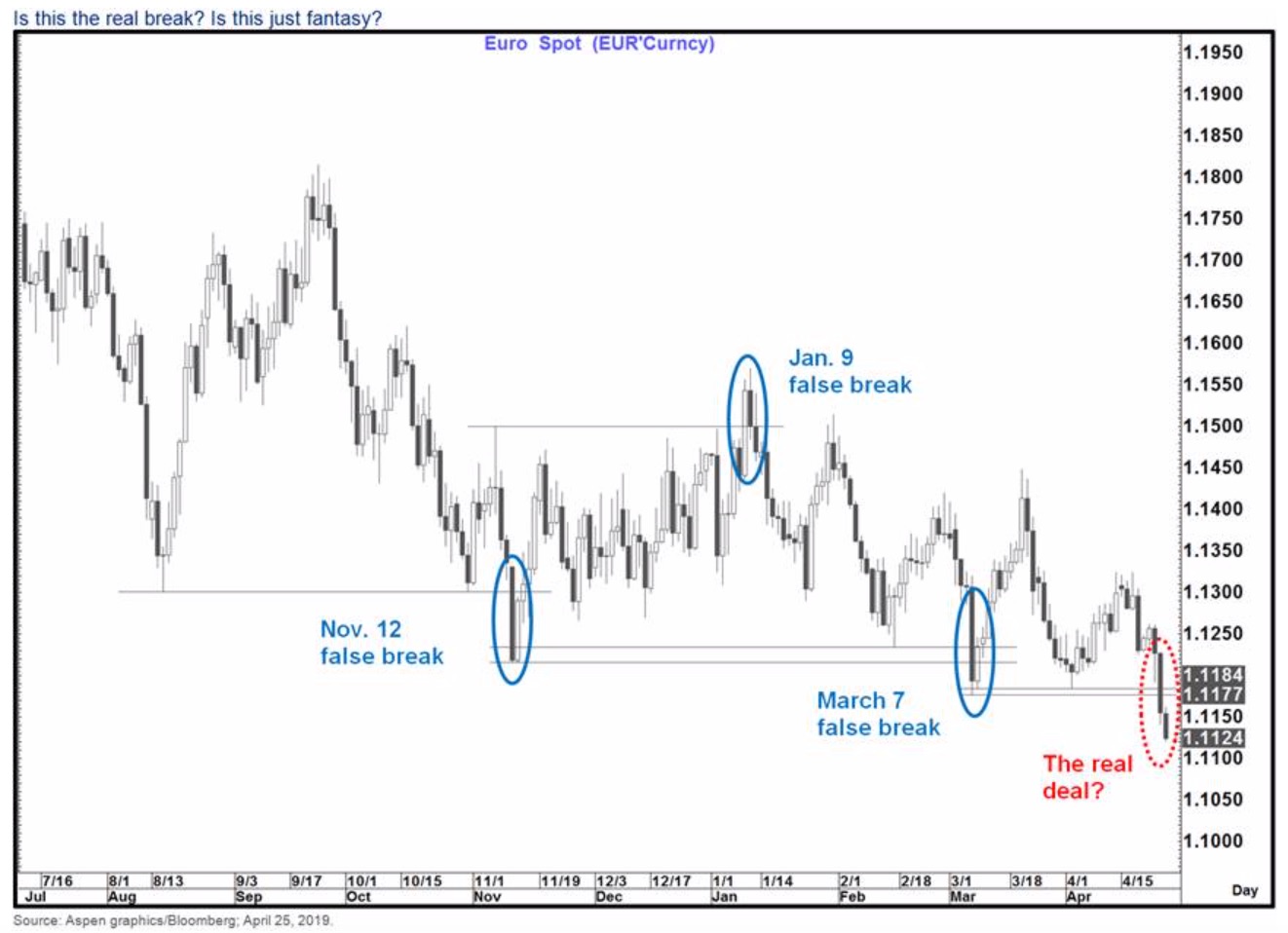 Our bias is this break will likely sustain and lower levels in Euro/US Dollar will be seen (see chart below).

Will Euro Continue To Weaken vs US Dollar? 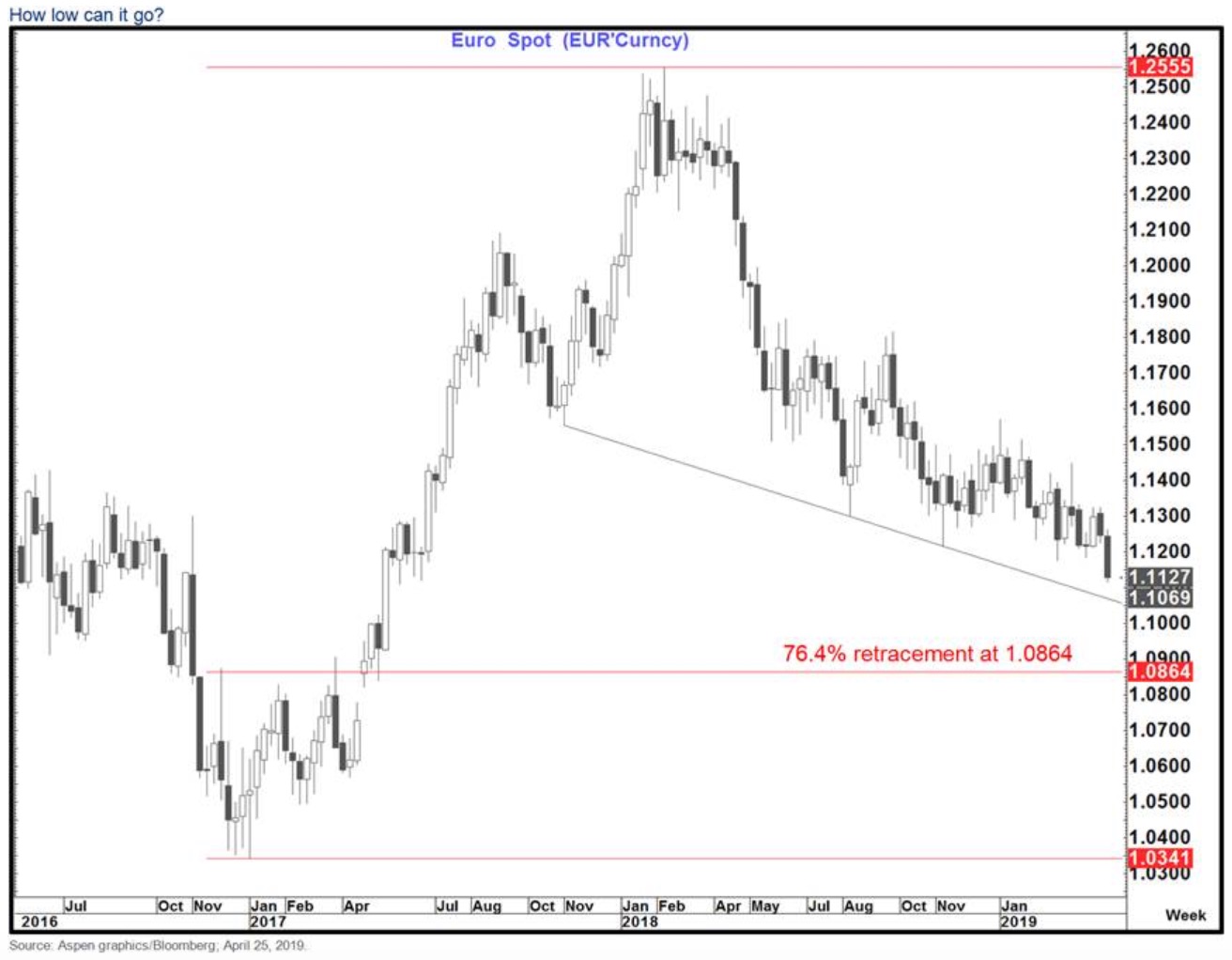 King World News note:  If the rally in the US dollar is coming to an end after next week’s Fed Meeting, that will reignite the battered gold market.  We may be headed for dovish comments or even a rate cut at the next Fed Meeting, which may have been the reason for the recent orchestrated takedown in the gold market.  Meaning, the price of gold will launch from well below the $1,300 level on dovish indications from the Fed.

Last Chance To Buy Cheap Silver, Plus a Look At Real Estate

Is The Correction In The Metals Over?