As we kickoff the first week of trading in October, today marks a historic first.  Plus the chart that no one is talking about.

Trade Resolution Update: Global Bond Yields Surging
October 1 (King World News) – Here is a portion of what Peter Boockvar wrote today as the world awaits the next round of monetary madness:  Resolution of the trade discussions with Canada after the deal done on Mexico is more relevant today to markets than the details (modest tweaks from NAFTA 1.0). China of course remains the main trade story but American business and its partners to the North and South can now breathe a sigh of relief that this is now done and not subject to more tariffs and the threats of them. The Canadian dollar is rallying to its best level vs the dollar since late May. The Mexican peso is near a 2 month high…

Boockvar continues:  Global bond yields are higher in response and we are again seeing a notable move in Japanese yields (relatively speaking). The 10 yr yield is now near 14 bps which is a breakout to the highest level since January 2016. I expect this yield to continue to trend toward 20 bps. The 40 yr yield was up 2.3 bps overnight to 1.10%, matching the highest since February 2016.

A Historic Day Indeed
Stated here many times before, today marks the first day where there is almost no new liquidity being generated into the financial system on a net basis from the combined balance sheets of the Fed (taking out $50b), the ECB (adding $17.5b), and the BoJ (adding about $35b).

The Chart That No One Is Talking About
Commercial hedgers are now the second most net-long U.S. 10-Year Treasuries In History! 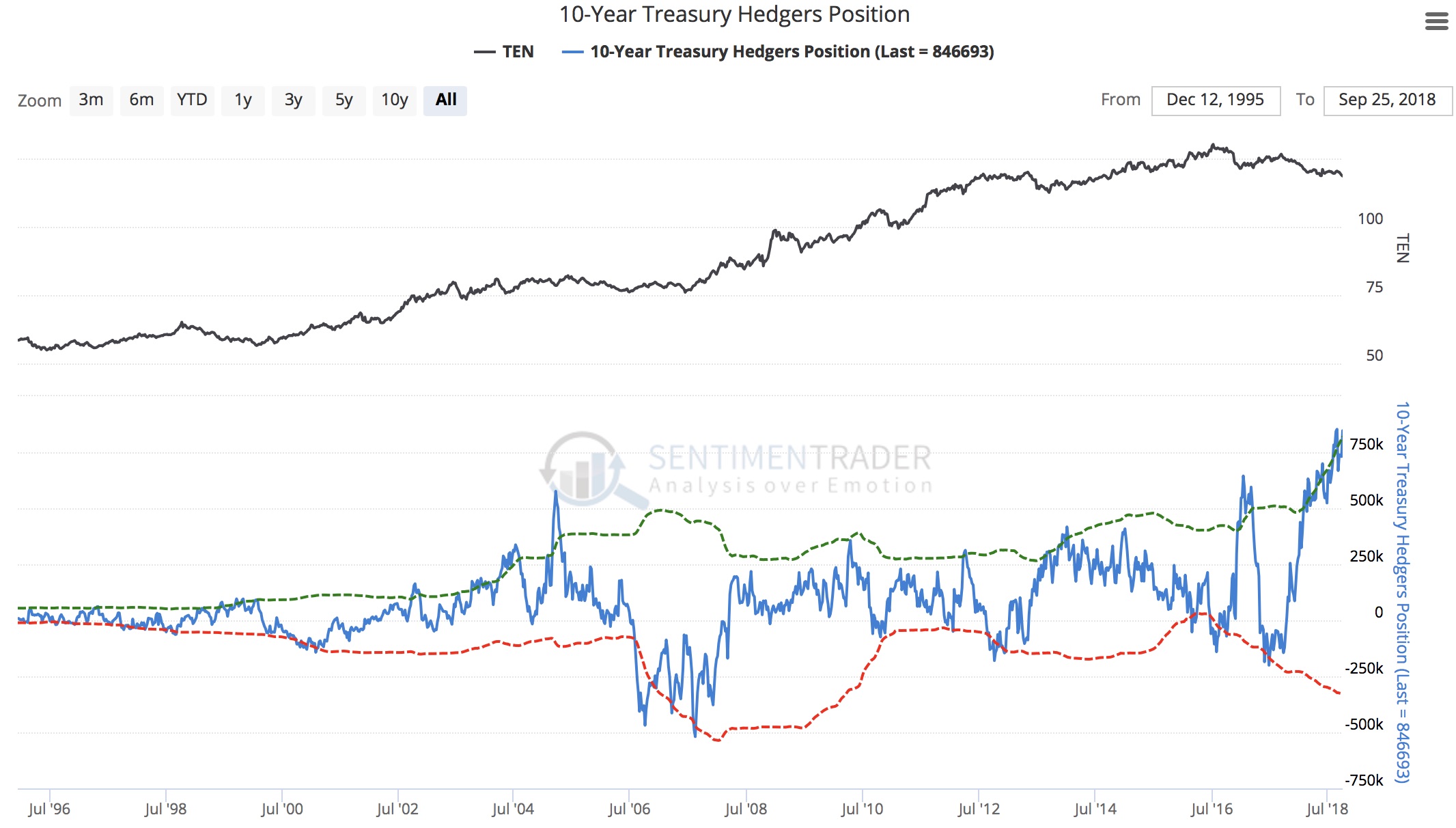 The big question is, does this signal problems are on the horizon with regards to the stock market?  We know the public is gambling big-time on stocks, so the setup for a big fall is now in place and gold and silver should be the primary beneficiaries if the stock market rolls over.

ALSO JUST RELEASED: Greyerz – The End Of The SuperCycle Will Trigger Global Collapse, $10,000+ Gold And A Silver Rocket CLICK HERE TO READ.