Gold Is On A Tear
June 20 (King World News) – Art Cashin:  “Gold is rallying smartly and may be heading for a chart breakout.”

Peter Boockvar:  “Too many times, for too many years I’ve talked about the benefits of owning gold in this crazy monetary world where we are now above $12 Trillion in the amount of negative yielding bonds and now combine this with a newly engaged rate cutting Fed, it (gold) is finally breaking out to the highest level since August 2013.” (see chart below)

Gold Breaks Out To Highest Level In 6 Years – Surging Towards $1,400

Mike McGlone, Senior Commodity Strategist, Bloomberg Intelligence:  “The imminent Fed rate cut comes with a rare pairing of primary bullish gold-price factors that were present at the start of the past two easing cycles. The big gold rally began in 2001 as the dollar peaked from a multiyear high. In 2007, the VIX bottomed from a multiyear low.” (see charts below) 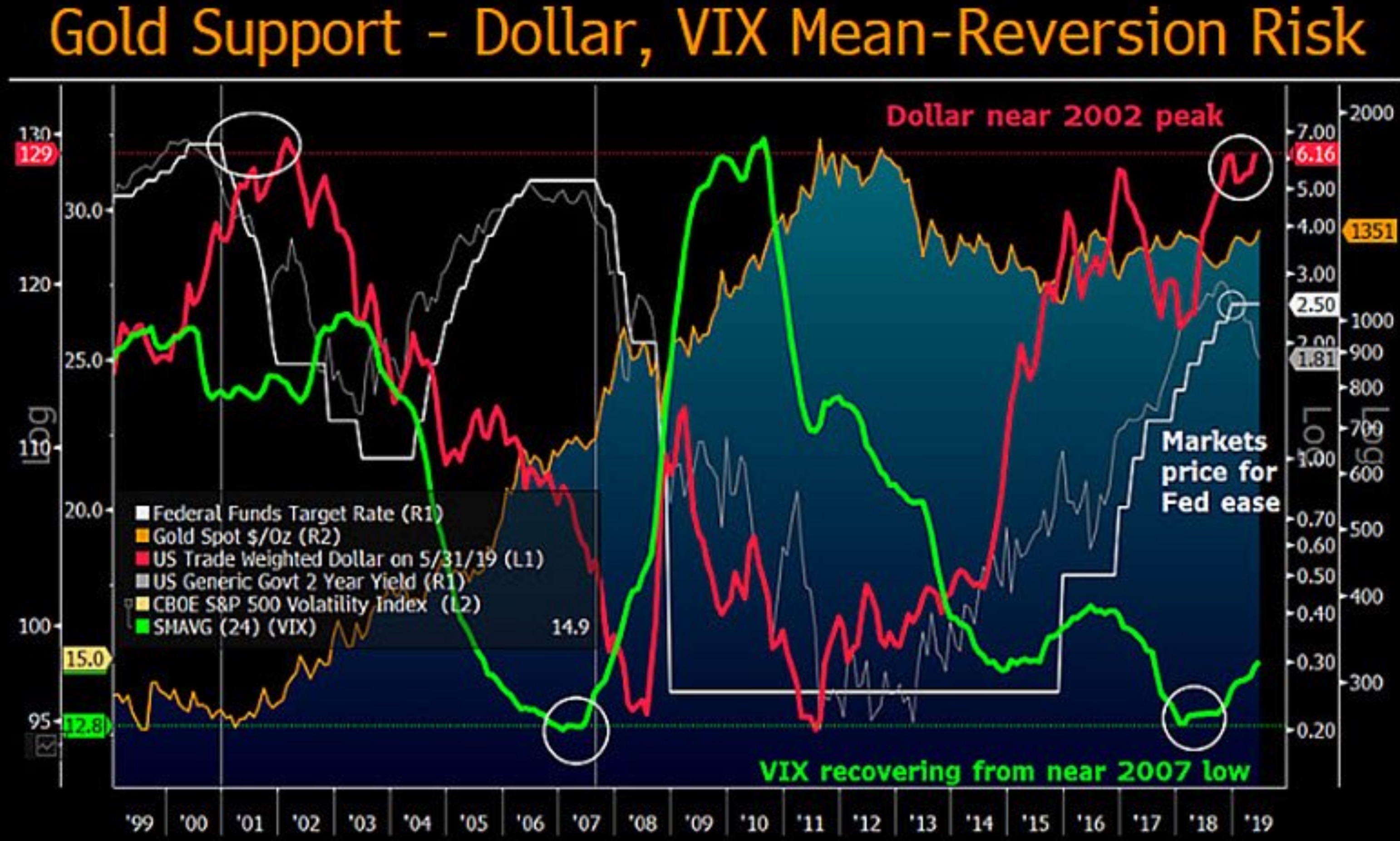 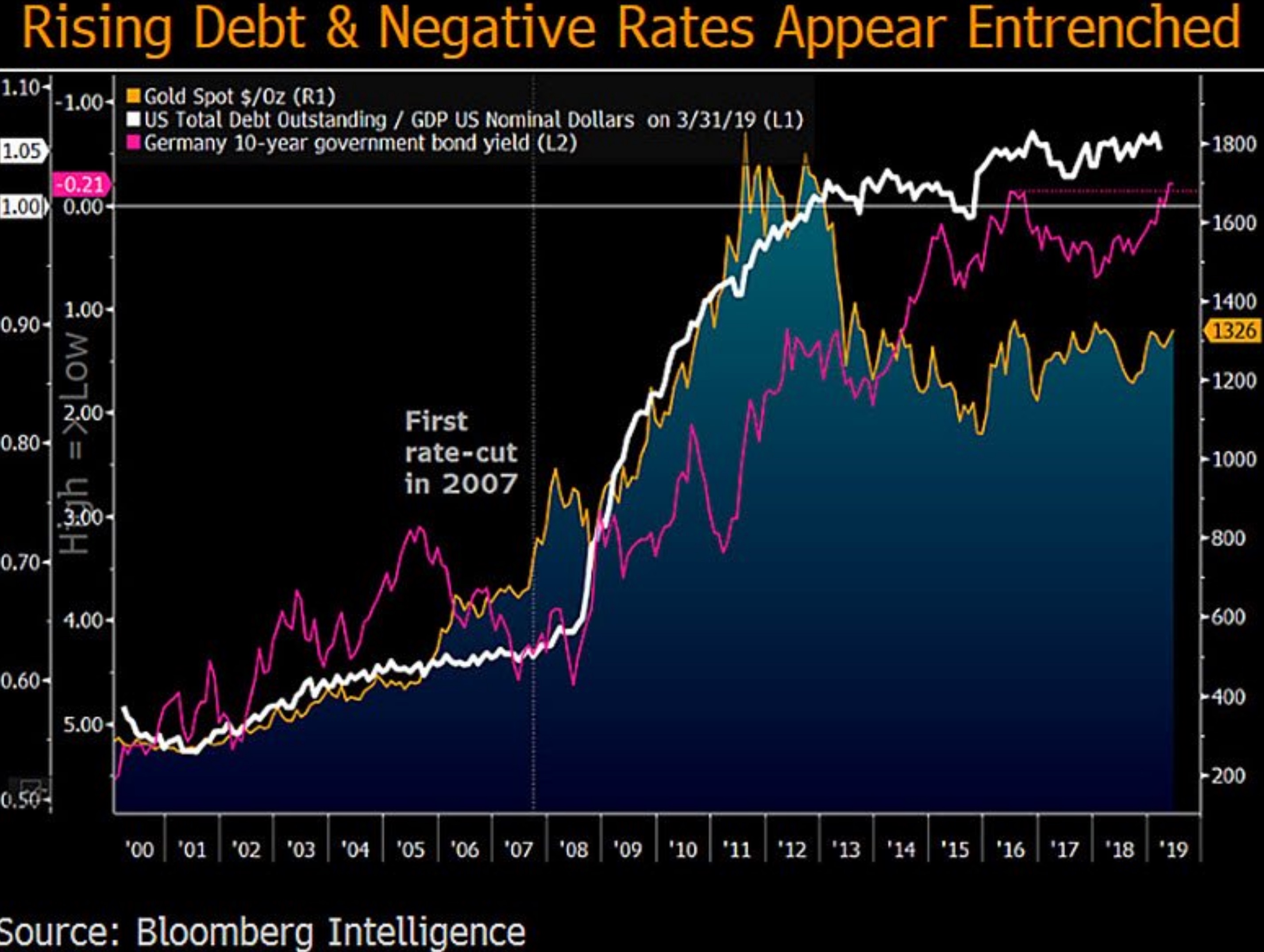 First Time In History Artificial Intelligence To Drill For Gold!!
Ivan Bebek:  “Eric, in the next few weeks we will have the opportunity to make history drilling one of the world’s largest prospective gold belts with the implementation of Artificial Intelligence technology. We have spent over 50 Million dollars in the past 4 years pursuing the worlds next major high grade gold discovery at Committee Bay. Our team of former Newmont Global experts brought in cutting edge technology, specifically the use of machine learning to process the data we collected to date, which has resulted in our best targeting in 4 years, and is now finally about to be unleashed with Artificial Intelligence directing where the drilling will take place.

If AI Makes Its First Major Gold Discovery, Stock Will Skyrocket
Last year, prior to the use of machine learning, we believed that we drilled the edge of a major gold system. And now, in a little over two weeks (July 8th), drills will turn and we hope to make the first major gold discovery in history through the use of Artificial Intelligence. I can only imagine what will happen to our share price if we hit! Auryn Resources is surging nearly 9% today on news that AI targets are about to be drilled, symbol AUG in the US and Canada.

Read Another Important Article On Today’s Gold’s Surge Towards $1,400