The wild ride in the gold and silver markets continues as watching the prices of gold and silver have been consolidating recent gains. This is what 3 of the greats have to say about the chaotic trading and what to expect next.

3 Of The Greats: What’s Unfolding Is Historic
June 21 (King World News) – Peter Schiff:  “If Fed officials are concerned about inflation being too low, it’s not because they care about the economy (where it’s the lower the better), but because they want to sustain unhealthy asset bubbles and wipe out the value of debt that borrowers are incapable of actually repaying.” 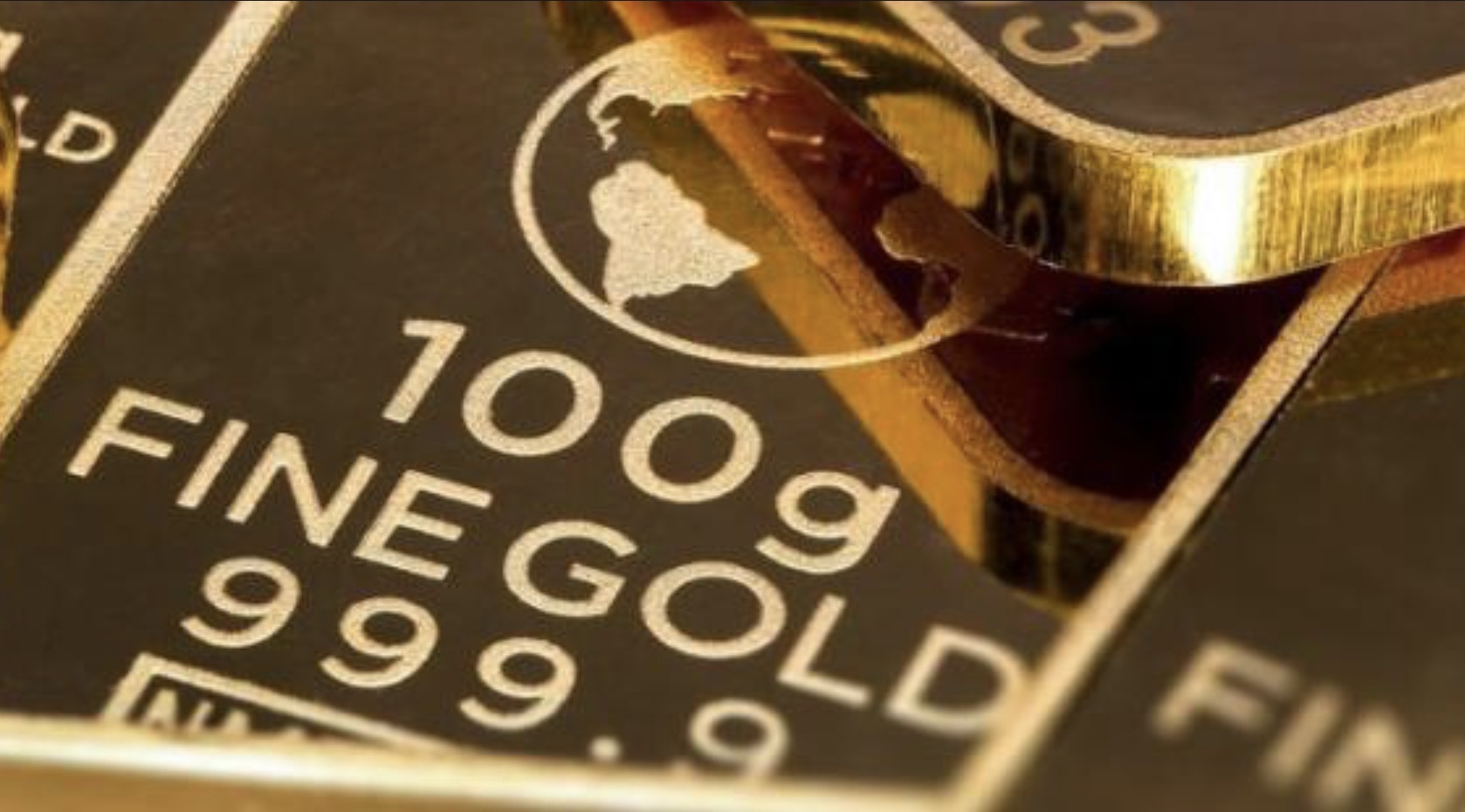 A 24-Karat Moment
Bill Fleckenstein:  “I believe this breakout is the real deal and the resumption of the bull market in gold is finally upon us. I have no idea how high gold can go, but there is no shortage of reasons to cause folks to want to own some, although I’m not going to bore everyone by reciting all the potential catalysts once again. Now that gold is in motion, it will create more buying interest. Even though everyone claims they want to buy assets on the cheap, what they really want to do — now more than ever — is buy something that’s moving.”

Gold/Silver Ratio Hits 26 Year High
SaxoBank’s Ole Hansen:  “Silver and platinum both struggling to keep up with gold’s latest surge. The XAUXAG (Gold/Silver) ratio at 91.3 (ounces of XAG to 1 oz of XAU), a fresh 26-year high while platinum trails gold by a record 590 dollars.

About Those Negative Yields
Gold’s 2016 peak coincided with the outstanding amount of global negative yielding debt exceeding 12 trillion dollars. The latest slump in global bond yields has driven that number to a new record of 13 trillion and gold (briefly) above $1400/oz. (see chart below). 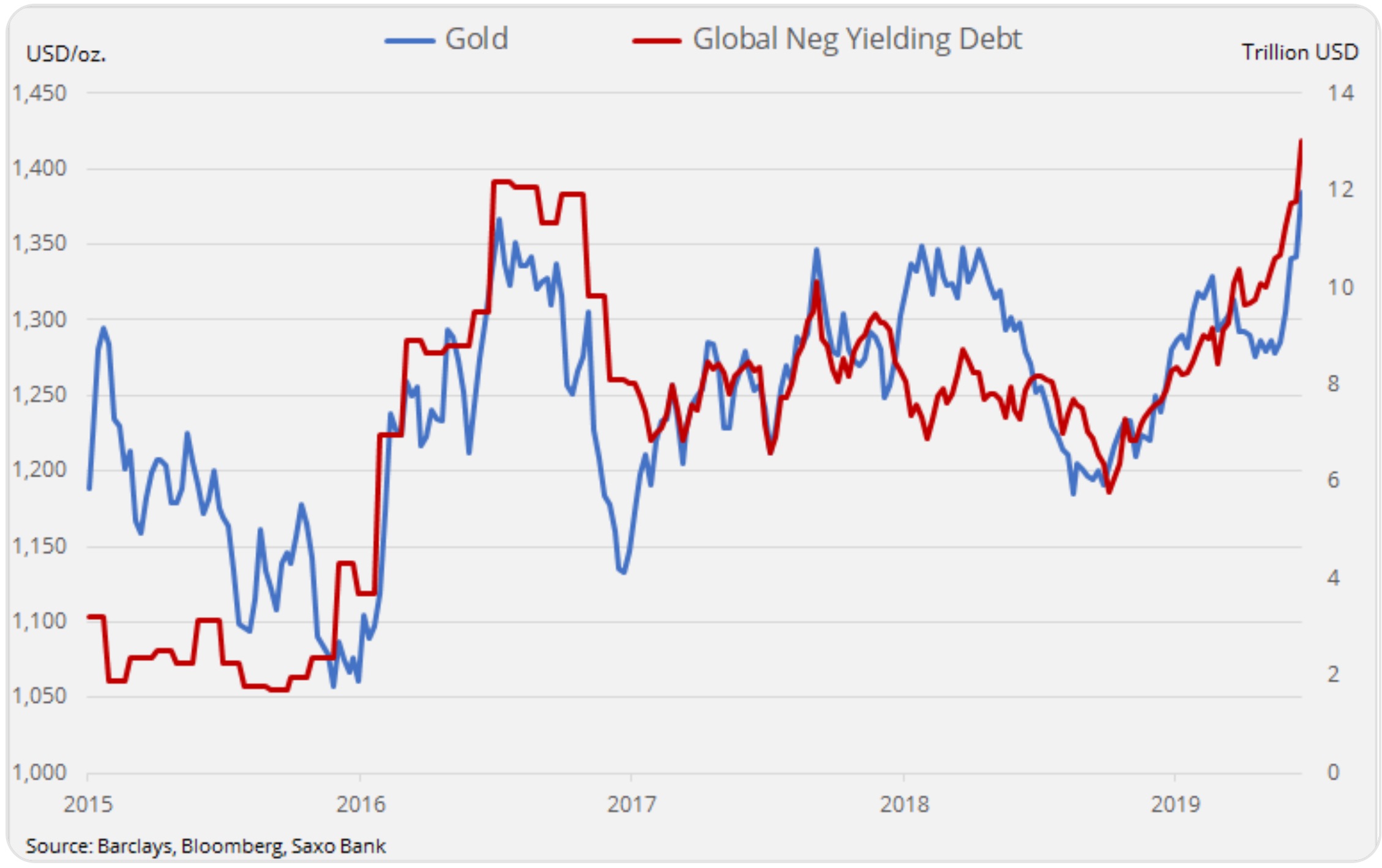 Gold Is The Primary Beneficiary
SaxoBank’s Ole Hansen continues:  “Central Bank easing and weak global growth are driving an increased amount of bonds into negative yielding territory. Something that gold, being a non-coupon or dividend paying asset, can benefit from.”

King World News note:  As a reminder for those who feel exhausted just watching the trading in the gold market, here is a look one more time at the jaw-dropping chart of gold’s volatility: 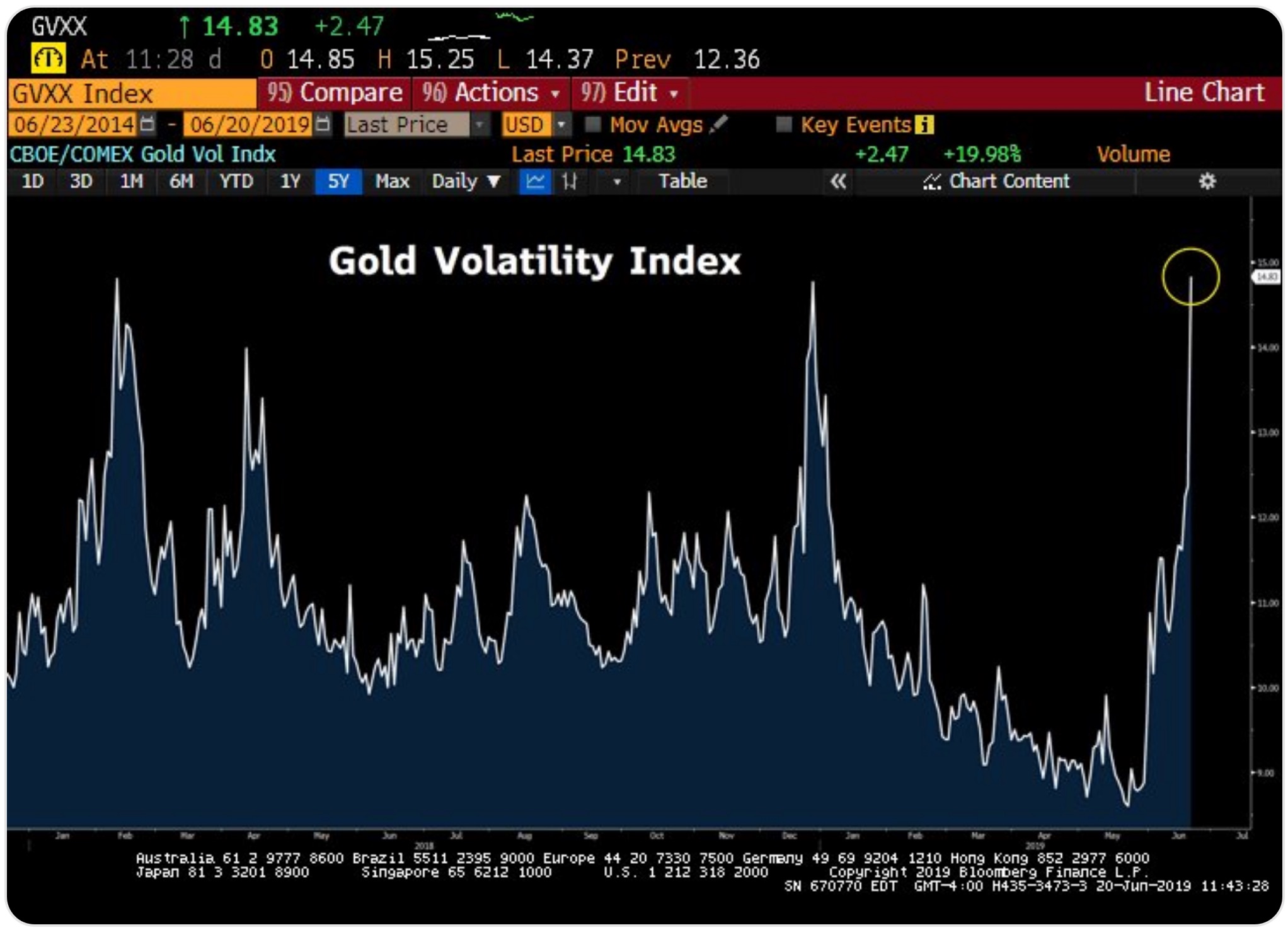 Expect more violent trading in the weeks ahead.

IMPORTANT: KWN has significantly ramped up the release of articles with the increased interest in the gold market. Stay tuned, more articles to follow.

***Also just released Massive Short Squeeze In The Gold Market Continues In Japan As Scramble For Physical Metal Vaults The Price Of Gold Above $1,400! CLICK HERE TO READ.