Here is a look at 2020’s chart of the year, plus Bank of Japan “all-in” with is big gamble, what depression and inflation anyone?

This Is Absolutely Nuts!
August 17 (King World News) – Jeroen Blokland:  US stock market capitalization vs US GDP since 1780!

Wow! What A Chart!
(Click To Enlarge)
This Is How Big The Everything Bubble Has Become!

What Depression?
Lawrence McDonald, Former Head of Macro Strategy Société Générale:  “This is some Depression, Homebuilder Optimism to Highest Level Since 1998.”…

Inflation Anyone?
Peter Boockvar:  The one caveat I forgot to mention on my comments on home builder sentiment has been the surge in the cost of lumber which also gets to my belief on coming higher inflation.

The Chairman of the NAHB said “The V-shaped recovery for housing has produced a staggering increase for lumber prices, which have more than doubled since mid April. Such cost increases could dampen momentum in the housing market this fall, despite historically low interest rates.” See below what the price of lumber has done of late. 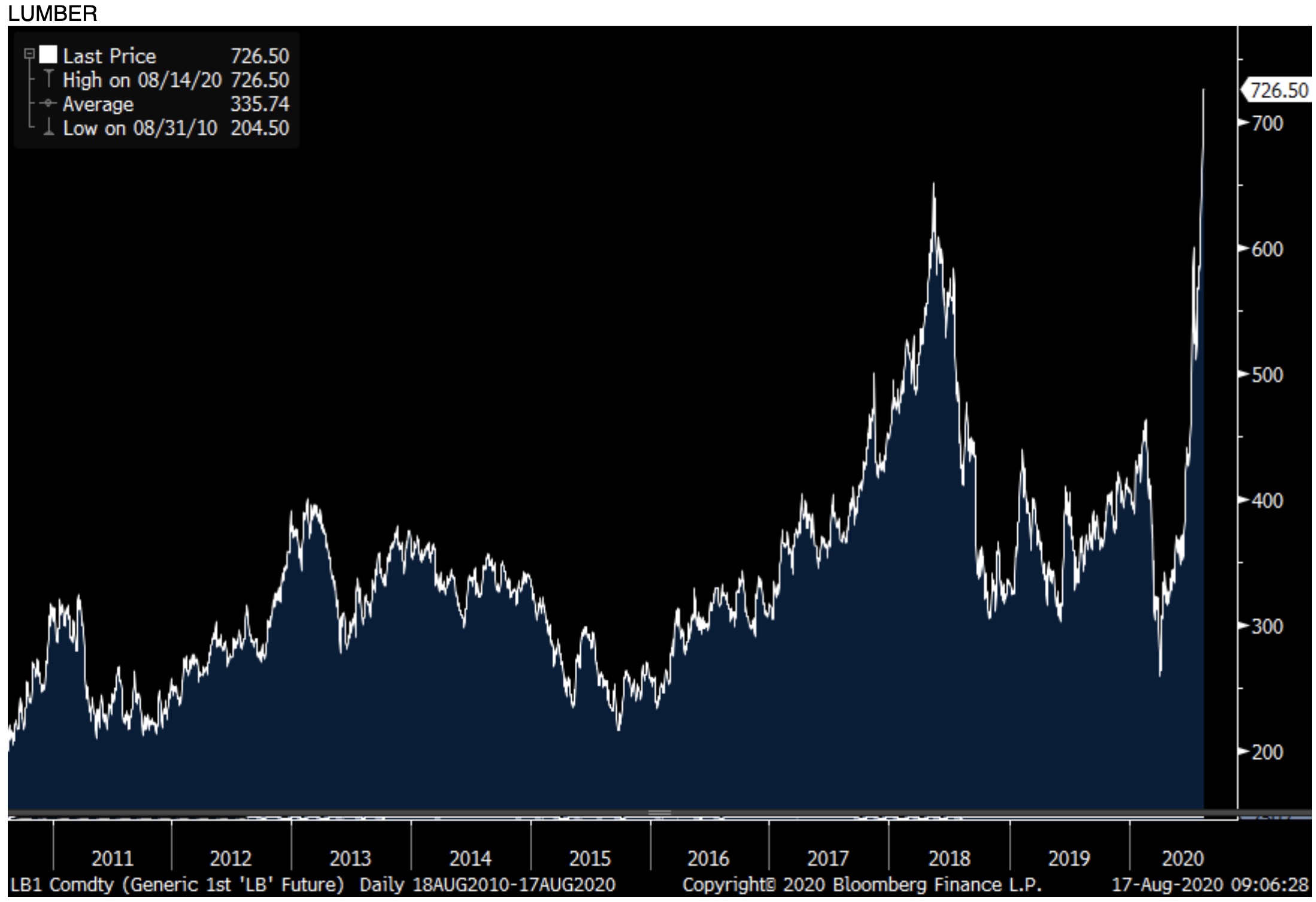 Lower mortgage rates are great but if a consumer is just going to give it back in higher home prices, there is of course no net benefit to the buyer.”

The Grand Experiment Continues
Holger Zschaepitz:  Biggest experiment in monetary history: Bank of Japan’s Balance sheet jumps >130% of Japanese GDP after disastrous GDP numbers. This means that the Japanese have now even overtaken little Switzerland, whose balance sheet amounts to 125% of GDP.

Bank Of Japan “All-In” With Its Big Gamble 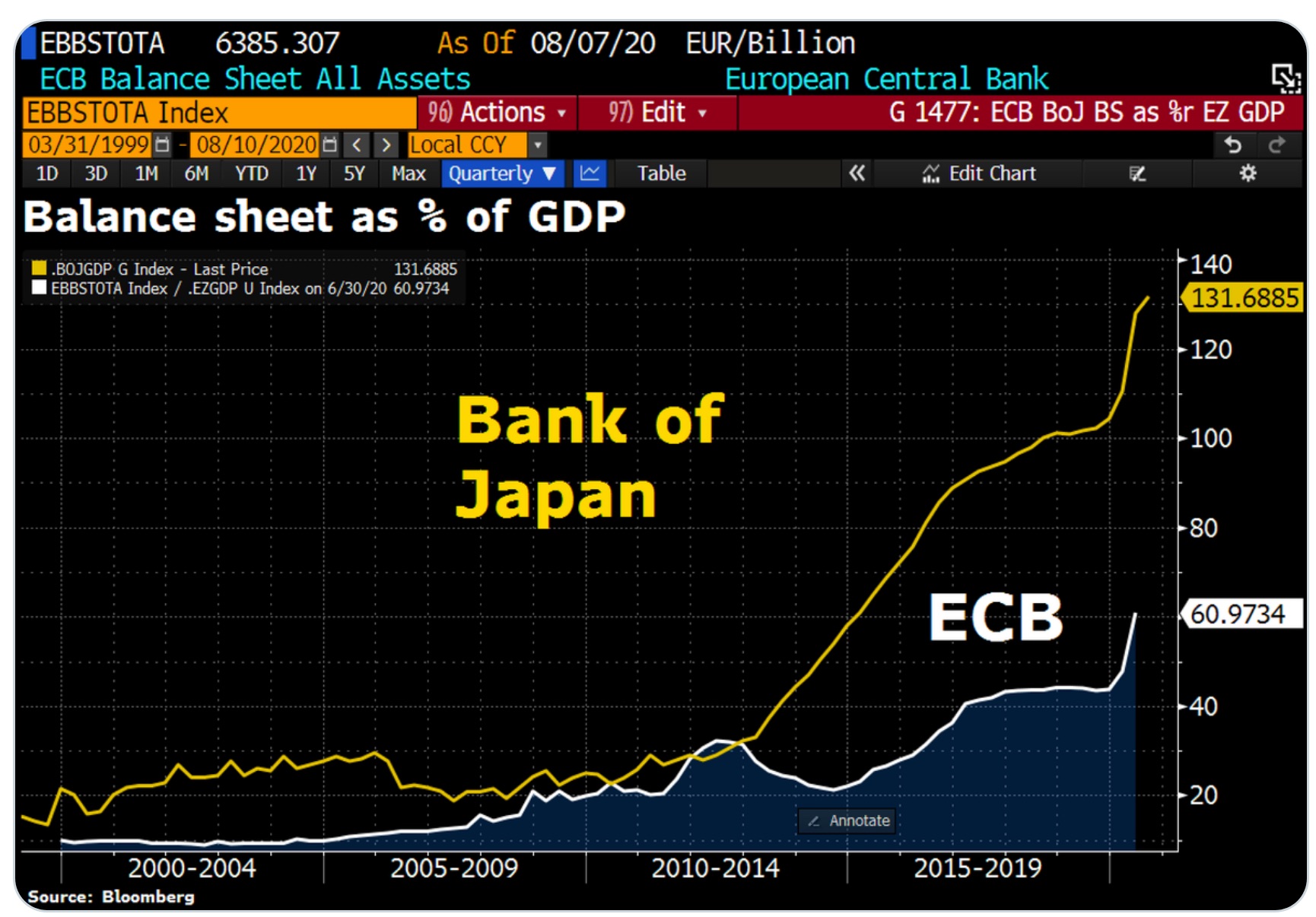