Today one of the top money managers in the world spoke with King World News about why China plans to send the price of gold skyrocketing.

Dr. Stephen Leeb:  “It used to be that all roads led to Rome. These days it seems that all roads lead to gold. Even something that at first glance might seem to belong to an entirely different realm more times than not turns out to have a link to gold. But maybe that shouldn’t be surprising. Why? Because China’s rising profile on the world stage means that almost anything that happens anywhere has some sort of China connection. And China, as I’ve repeatedly outlined, loves gold, is accumulating gold, and is proceeding with long-term initiatives, including a new monetary system, that will elevate gold in furtherance of China’s own interests…

Dr. Stephen Leeb:  “Trump’s decision to pull the U.S. out of the Paris climate accord is the latest example of an event that ultimately further buttresses the case for rising gold. It starts with the fact that it created a leadership vacuum on climate control that China is more than happy to occupy, an unintended but nonetheless easily foreseeable consequence of the U.S. retreat. 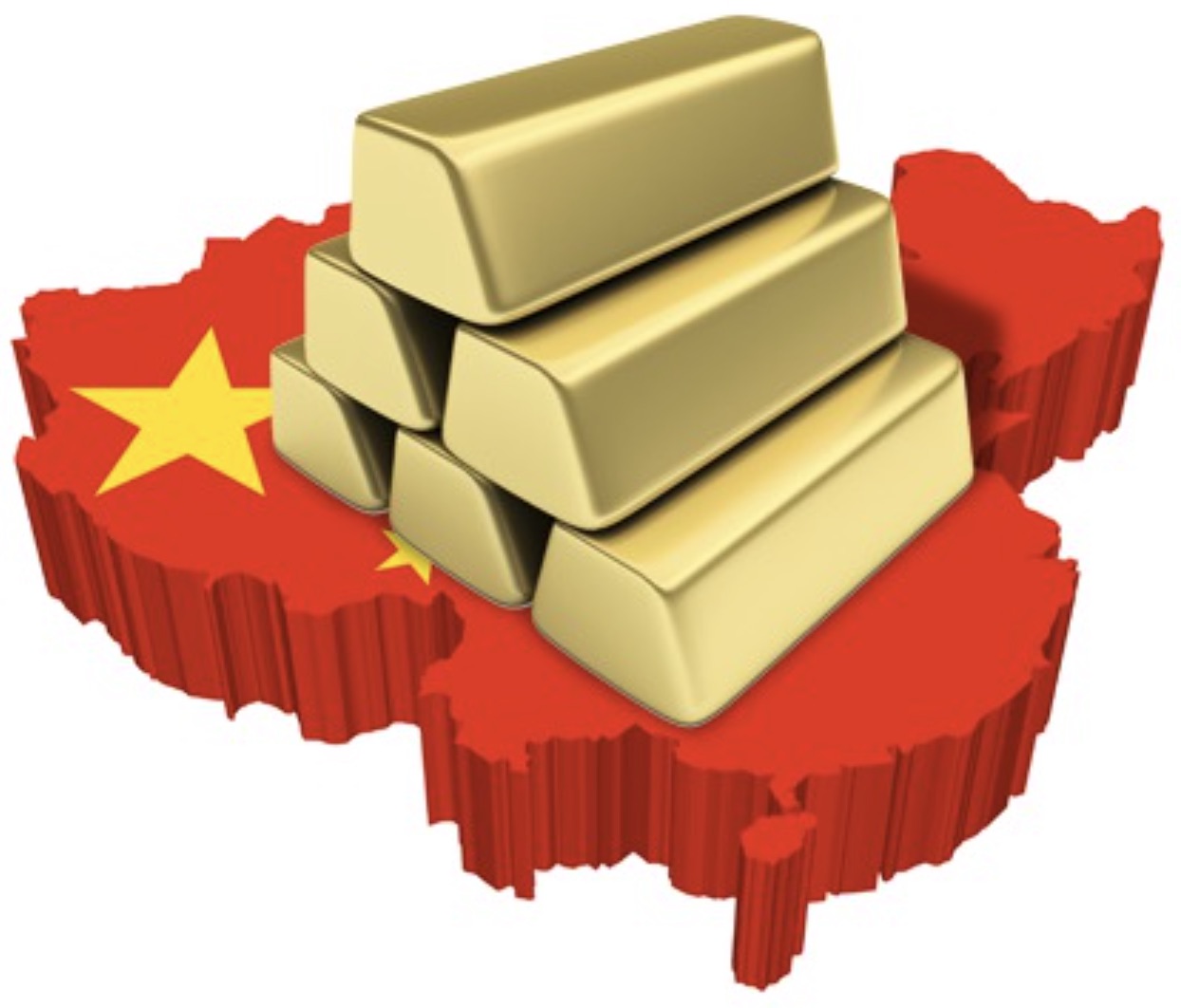 This Will Help Underpin Gold’s Bull Market
But if all it did was to give China bragging rights to green energy leadership, it might not be so significant, or at least a connection to gold might be harder to trace. However, in part because of enhancing China’s stature on the green energy front, it also has added to China’s momentum in getting key trade partnerships it is organizing in the East off the ground. And trade is a very big deal when it comes to propelling growth for developing economies, growth that in turn will result in resource scarcities that will help underpin the bull market in gold that lies ahead.

It’s no coincidence that only five days after Trump announced his decision on the climate pact, Japan – our closest ally in the East – volunteered praise for China’s One Belt, One Road (OBOR) initiative. President Abe said OBOR could connect the East with the West and for the first time offered Japan’s cooperation on the project. Clearly there’s a new calculus in Japan that it would be smart to move closer to China.

Abe’s comments about OBOR were preceded by remarks he’d made in May suggesting Japan now has grown more willing to join the Asian Infrastructure Investment Bank (AIIB), which China had launched primarily to help finance OBOR infrastructure projects. Although many supposedly stalwart U.S. allies had rushed to join the bank as founding members, Japan, in deference to U.S. wishes, had held back. Now its reluctance has clearly lessened. One condition Abe cited for Japan’s joining would be for AIIB to pay more attention to the environmental impact of OBOR projects. With China now the de facto global clean energy leader, these environmental concerns seem likelier to be accommodated. If Japan becomes an AIIB member, it would leave the U.S. as the only member of the G-7 group of major industrialized countries not to sign on to the development bank.

And there are further potential repercussions as well. Japan’s willingness to move closer to China, which probably also reflects concerns about North Korea, could provide a boost to a key free trade pact that China has engineered, the Regional Comprehensive Economic Partnership (RCEP), which now seems on track to be implemented sooner rather than later. It is benefiting from another vacuum resulting from U.S. withdrawal from international ties, in this instance Trump’s decision right after taking office to kill U.S. participation in the Trans-Pacific Partnership (TPP) trade pact.

Once the TPP was kaput, it meant that RCEP, which does include China, now has no rival in linking Pacific Rim economies in a broad free trade pact. RCEP is comprised of the East’s developed economies – Japan, Australia, New Zealand, Singapore, and South Korea – along with the 11 largest developing countries including China and India. When fully implemented, it should be a further spur to Eastern growth.

This is all because trade is a big deal. It used to be, last century, that growth in the developed and developing parts of the world roughly matched. But China’s entry into the World Trade Organization (WTO) in 2001 was a turning point, allowing China to vastly increase its markets and thereby spurring the phenomenal growth that has catapulted China to where on the basis of purchasing power parity (PPP) it’s now the world’s largest economy. Including China, in every four-year period since 2001, the developing world has grown faster than the developed world – in all, around three times as fast over the entire period.

Just as China’s entry into the WTO was so crucial for China’s growth, the trade relationships China is now forging will play a comparable role for the more than 60 developing economies within the enormous trading block China is creating, of which China is the center. You can also add another acronym to the party, the SCO or Shanghai Cooperation Organization, which recently accepted Pakistan and India as new members, the first additions since 2001. The eight developing countries representing the SCO now account for about half the world’s population.

Line up all the groups of nations that have China as the hub – OBOR, SCO, and soon no doubt RCEP – and you’ve massed virtually all the developing countries in the world. They present a powerful one-two punch. Not only do their combined economies already outstrip the rest of the world but because their per-capita GDP is far lower, the potential for continued faster growth is far greater. In other words, they will loom ever larger over the developed world.

This Will Send The Price Of Gold Soaring
The rapid growth of these China-led blocs makes inevitable future resource scarcities in commodities of all kinds ranging from graphite to oil, which will make a new monetary system – based on gold – imperative. These resource scarcities that will result from huge investments in infrastructure throughout OBOR are at the heart of why gold will soar.

I’m in no way implying that things would be much different if Trump had kept the U.S. commitment to the Paris climate treaty. China still would be on track in developing the East, and gold still would be headed into a sustained bull market. But beyond adding incremental fuel to the case for gold, more broadly it’s a further illustration of how the ability of China’s leaders to play the long-term game has positioned the country to take advantage of events, expected and unanticipated alike, as they occur.”

***KWN has just released the remarkable audio interview with Dr. Stephen Leeb, where he discusses what the historic signal will be to backup the truck to buy gold and much more CLICK HERE OR ON THE IMAGE BELOW.

***KWN has also released the powerful audio interview with London whistleblower and metals trader Andrew Maguire and you can listen to it by CLICKING HERE OR ON THE IMAGE BELOW.