Today the man who remarkably predicted the collapse of the euro against the Swiss franc warned King World News about what is ahead for the global financial system and the price of gold as the world heads into an unprecedented period of chaos.

Eric King:  “When you take a step back and look at the big picture in gold, what do you see?”

Egon von Greyerz:  “Eric, you know that we’ve been heavily into gold (on record as recommending 50 percent of assets be invested in physical gold) for our investors and clients since 2002.  Nothing moves in a straight line but in 2002 when we bought gold it was $300, and we’re now at $1,200…. 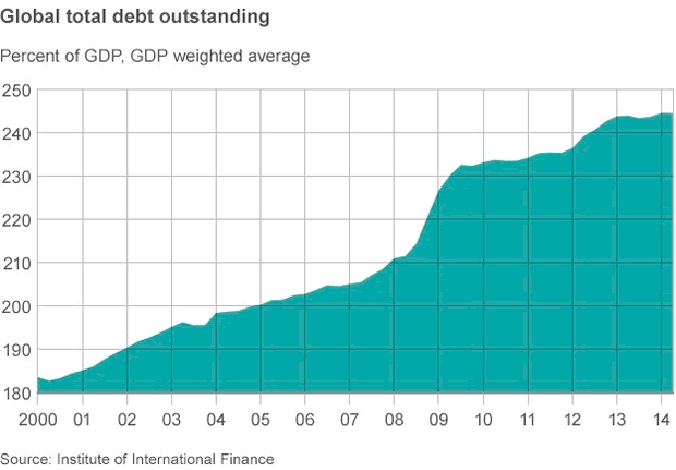 Why?  Because since then we’ve had one major crisis that was temporarily salvaged by printing or guaranteeing about $25 trillion worldwide.  That did not solve any of the underlying problems — they are still there.  And of course they have grown.  For example, world debt since 2008 has grown by $60 trillion — over 40 percent.

So the situation is now much worse than it was in 2008.  Debt is higher but not only that, massive amounts of money have been printed and interest rates have been lowered to zero and it has had no effect.  So when the next crisis starts, the governments will have no tools but they will still print money and it will lead to hyperinflation and it will be reflected in the gold price, which is going to go to levels that are unthinkable today.” Egon von Greyerz's remarkable audio interview has now been released.  The snippets above are just a tiny portion of his outstanding audio.  Greyerz discusses the coming global collapse and how this will impact major markets, including gold, as well as people around the world and you can listen to it by CLICKING HERE OR ON THE IMAGE BELOW.

A Fascinating View Of The War In The Gold Market