Today a 40-year market veteran sent King World News an incredibly important piece discussing Rome, the United States and why the situation today is grim.  This piece exclusively for KWN also covers what is happening in the war in the gold and silver markets.

May 17 (King World News) – The term “empire” evokes the image of the Roman Empire for most of us. The truth is that there have been dozens and dozens of empires in the last 2,500 years alone. Two of the shortest were the Serbian and the First Mexican Empires in the 16th and 19th centuries, respectively. Both of those lasted one year.

Some of the more interesting and relatively unknown empires were The Kongo and The Tongan. There were empires in just about every corner of the world, many of which lasted hundreds of years. Most of them are unfamiliar to all but scholars. We know their legacy from their names such as the present day “Congo.”

Empires were generally created by conquest. One of the reasons for the long duration of the Roman version was that the defeated were often offered a choice to “partner up” or be sold into slavery. The Romans were very inclusive, even when it came to adopting gods worshipped by the vanquished. The formula was not unique to the Romans, but they utilized it as effectively as any other conqueror in recorded history. The benefits of being a Roman were extended to tens of millions of people….

Other than from conquest, empires die from within. After the deaths of Alexander and Genghis Khan, their conquered lands were divided among generals in the former case and among progeny in the latter. 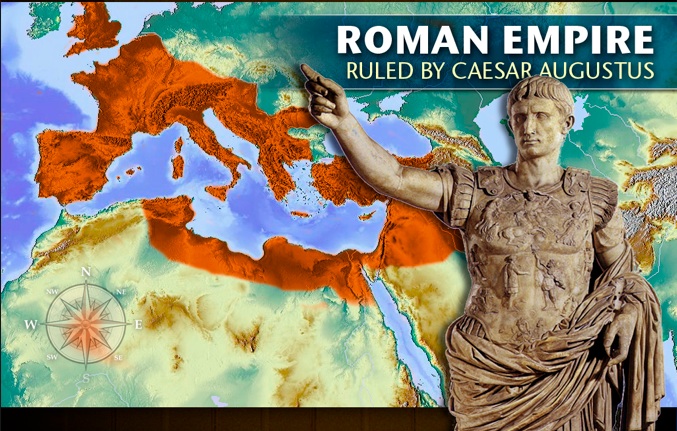 What made the Roman Empire unique was that it became an institutional empire. It took a really long time to die. When you concatenate the time from the emergence of Rome (the Western Empire) until the conquest of Byzantium (the Eastern Empire) in the 1400s, birth to death took about 1,700 years.

Our current era is known to many as the American Empire. Few icons connect them to America than the U.S. Dollar. “King Dollar” as some like to say. While the dollar has been a headline grabber in recent months as it dramatically rose close to the 100 mark, the chart shows that the dollar has been in a secular decline since the peak in the mid-1980s. 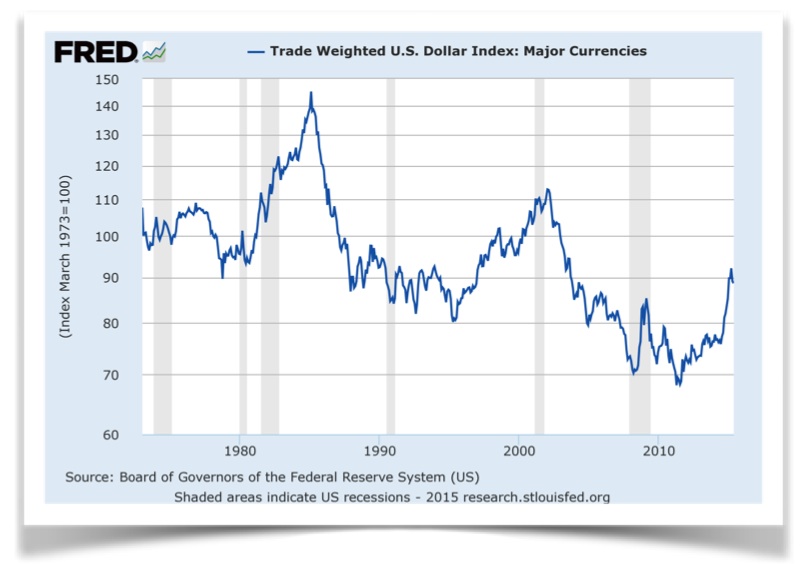 While the recovery from the high 60s to near 100 has been dramatic, it nonetheless appears to be hitting a point when the currency resumes the long-term decline. If the pattern of lower highs and lower lows remains true, the next stop for the dollar will be 60 or lower, a decline of about 35%.

One reason for the pattern shown above is the amount of outstanding public debt as shown below. 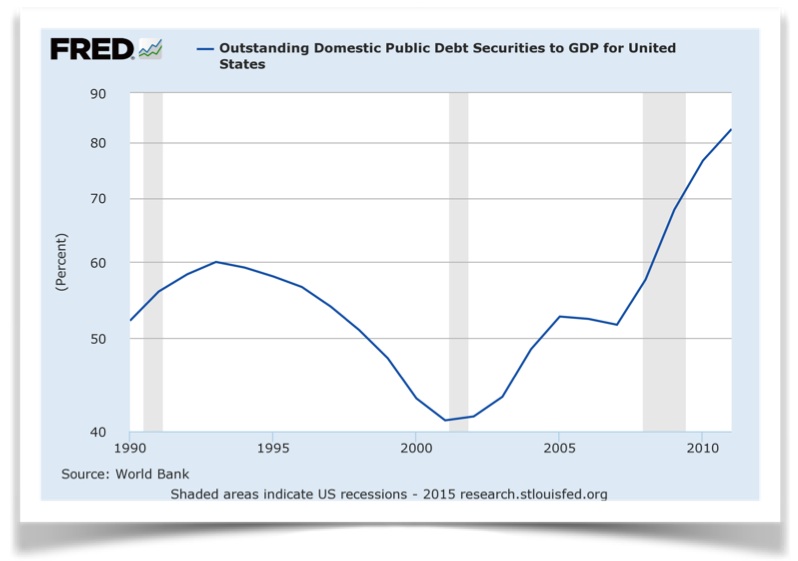 In the 1990s, the debt showed a significant decline and the dollar soared. Since the start of this century, outstanding debt moved explosively to the upside, and the dollar tanked.

What makes the recent rise in the dollar an anomaly is that the pattern of reduced debt coming on after an economic rebound for the U.S. is very unlikely to repeat. In addition to the toxic debt having been transferred from the private to public sector, runaway budget deficits, unfunded pensions and burgeoning social spending make it a certainty that public debt will never see a decline again in our lifetimes. Debt is on a mission to Mars, and a precious few investors will emerge intact.

The Situation Is Grim

There will be no long-term recovery either. The statistics continue to be grim despite the obvious manipulation of many series of data. Sadly, the American Empire is dying from within like all of those that have come before. There will be no better single indicator than the chart for the dollar.

In the meantime, precious metals and the miners have continued to shine so far this year. One of the most interesting comments this week came from the largest hedge fund manager in the world (that is other than the U.S. Fed and the Swiss National Bank) who admonished investors for not owning gold.

The other came from Jeff Saut in his KWN piece suggesting that the double bottom might be in place. These gentlemen are two of the top thought leaders in the investing arena. If investors take heed of their comments and even a minuscule institutional allocation is recommended, the effect on the prices of gold and silver will be dramatic.

The bottom line is that investors can still buy metals, miners and global growth in technology, healthcare, energy and defense-related industries ahead of the coming chaos. ***KWN has now released the tremendous audio interview with David Stockman and you can listen to it by CLICKING HERE OR ON THE IMAGE BELOW. 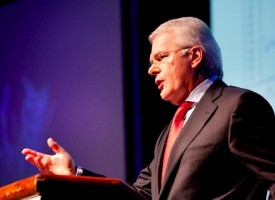