On the heels of another chaotic trading week in major markets, today one of the top economists in the world sent King World News an incredibly powerful piece the exposes the shocking truth as worldwide economies barely survive.  Below is the fantastic piece from Michael Pento.

June 21 – (King World News) – Wall Street carnival barkers are relishing in the fantasy that the economy has finally achieved escape velocity. Therefore, they accept with alacrity that this is the primary reason why interest rates have started to rise. However, the fact still remains that for the first half of 2015 GDP growth will probably be less than 1%….

GDP contracted by 0.7% in the first quarter of 2015.  The Atlanta Fed, whose GDP Now calculation has been on the money, now sees second quarter growth at 1.9%. Therefore, it is prudent to conclude the most optimistic case for growth in the first half of the year will be about 1%.  Of course, the perpetually upbeat economists on Wall Street are always convinced the economy will skyrocket in the second half of each year. But still, if the Atlanta Fed is correct—and it looks like it will be spot on given the anemic data already released for April and May—annualized GDP for the first two quarters of 2015 will be running at a pace that is less than half of the 2.2% growth averaged since 2010.

The Fantasy Of Perpetual Optimistis

Perpetual optimists will highlight the recent positive data in housing as evidence of a robust recovery. But most of the upbeat numbers in housing are a result of front running the inevitable mortgage rate increases, as people rush to lock into low rates while they still can. And even with this, housing data has been mixed at best. U.S. housing starts in May fell 11.1%, to an annual rate of 1.04 million units from a revised 1.17 million units in April. This rate of new home construction is far below the 1.5 million rate seen in the year 2000, and light years away from the 2.2 million rate at the height of the housing bubble.

Resurgence In Auto Sales Due To Liar Loans

And we also have some encouraging data in retail sales, courtesy of the booming auto market. But sales in cars have been driven by the resurgence of the infamous liar loans, loose lending standards and virtually free money that led to the collapse in Mortgage Backed Securities in 2007.

Yet, despite booming car sales and slightly better new home construction rates, the nation’s manufacturing base remains literally in the basement. For example, the Empire State’s business conditions index unexpectedly dropped to -1.98 in June and Industrial Production decreased 0.2 percent in May after falling 0.5 percent in April. May is the fourth negative reading in the last six months on I.P., with the other two readings being flat.

One has to wonder, if worldwide economies are barely growing with free money how they will fare as rates start to spike.  But the cheerleaders on Wall Street love to cite rising rates as evidence the global economy is improving. They argue rising rates are a healthy sign, proof that the U.S. and European economies are strengthening, people are spending, companies are hiring and prices are starting to rise at more normal rates. And more importantly, the risk of too-low inflation—whatever nonsense that means–has ended.

Before you pop the champagne corks remember: this is the same crowd who was convinced rising rates wouldn’t hurt the housing market back in 2008—because a bubble didn’t exist, and even if one did the demise of subprime home buyers wouldn’t spill over to the overall economy.

Wall Street and Washington fail to realize that rates are rising for all the wrong reasons. For instance, the yield on the Ten year in Greece has now skyrocketed to around 12.5%. Is this a result of budding optimism in the Greek economy?  No, the rising rates in Greece represent the increasing likelihood of a Greek default. 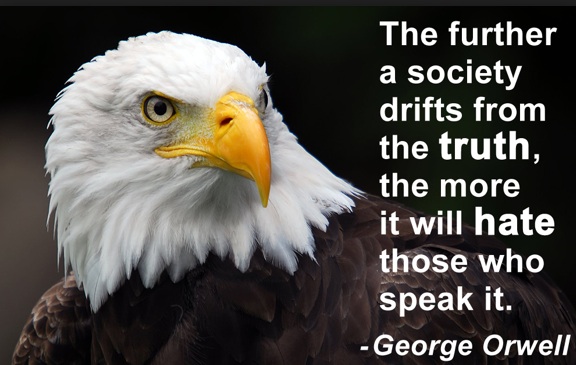 Here is the truth behind the global rise of interest rates: Interest rates are spiking due to the increased insolvency risks in the American, Japanese and European social welfare states that have piled on an incredible $60 trillion of new debt since the credit crisis.

Rates are also now rising because of the return of inflation, or at the very least the end of deflation. Inflation in Germany crept higher in May, with consumer prices rising by 0.7 percent year-on-year. The index had risen by 0.5 percent on a YOY basis during the month prior. And even more importantly, data collected by Gabriel Stein at Oxford Economics shows M1 money supply in the Eurozone has been growing at a 16.2% annualized rate over the last six months. And broader M3 money supply has been surging at an 8.4% rate, a pace not seen since just before the credit crises blew up.

In the past, the Fed has viewed itself as a rocket booster: Providing the reagent to launch economic growth; and then retreating once the economy achieved escape velocity. But with growth at 1% for the first half of this year we are still firmly within the earth’s gravitational field—even after seven years of massive market manipulations.

Stagflation And The Inevitable Collapse

Debt disabled economies that are mired in slow growth will not view rising interest rates as the pathway to economic nirvana–they are the recipe for stagflation. And since rates are rising for all of the wrong reasons how can this be viewed as a benefit to the stock market?

The bottom line is interest rates are now rising because the free market is doing the work that feckless central bankers don’t have the courage to undertake. The stock market currently trades at extremely high valuations; and these inappropriate valuations sit atop little to no revenue, earnings and economic growth. Far from being the harbinger of a strong economy; these rising rates will instead be the dagger for the massive asset bubbles created by governments worldwide.

Perhaps for the immediate future the stock market will cheer the Fed’s abeyance to deal with interest rate normalization. However, asset bubbles grow increasingly more incendiary with each passing day that central banks fail to act. And that means the inevitable collapse will be all the more pernicious. To learn more about Michael Pento’s financial management services CLICK HERE.  You can also sign up for Michael Pento's weekly podcast at his website.

***KWN has now released the powerful KWN audio interview with Nomi Prins, where she discusses the gold market, the coming financial destruction that is in front of us, what investors can do to protect themselves and much more, and you can listen to it by CLICKING HERE OR ON THE IMAGE BELOW.