As people continue to digest breaking news out of Greece and around the world, the Godfather of newsletter writers, 90-year-old Richard Russell, warns that the next mega disaster is already in progress.  Russell also discusses what it all means as well as how investors can protect themselves.

Richard Russell:  "I’ve said this before; there are three things that I depend on, and they have always worked for me. One, I am always safe. Two, I always hear what’s important and what I am supposed to hear. And three, God provides me with whatever supplies I need for that day.

Over the weekend, I received a brochure from Steven Leeb. I have read Leeb’s work for a long time and I am convinced that Leeb is very intelligent and an honest person. The brochure I received was about what he calls, “the mega drought.” Leeb believes that this could possibly be a ten-year drought. History has shown that we have had droughts that have lasted ten-years, thirty-years, and more. 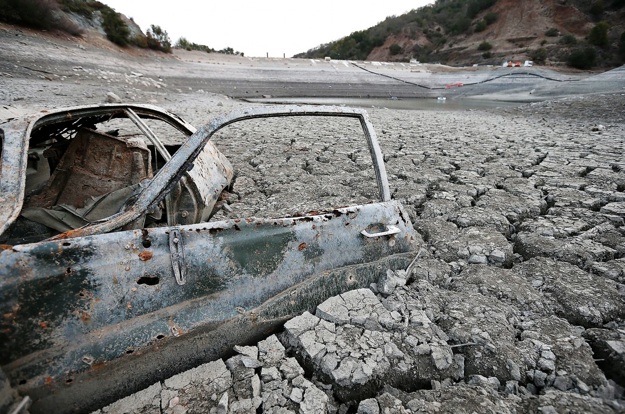 Reservoirs Drying Up In California

Then it struck me – while we are all looking for the time when the stock market may top out, the real danger is in another place. The greater danger will rise in a continuation of the mega drought. The drought will impact agriculture, hydroelectric production of electricity and the availability of drinking water. Reservoirs are drying up, sub-surface water levels are sinking and wells are going dry. It takes three to five years to build a desalinization plant, and as far as I know, no new plans have been started on the West Coast.

Personally, I am taking this mega drought seriously. My current home is surrounded by lush bushes and includes a swimming pool. I have just rented another house that has no swimming pool and a minimum of gardening. The new house will serve me temporarily, but if the mega drought continues I will probably end up in northern California where my son Ryan has built a beautiful self-sustaining ranch. Ryan's ranch produces copious amounts of fruits and vegetables. He also has a deep-water well and his area is blessed with heavy rains. 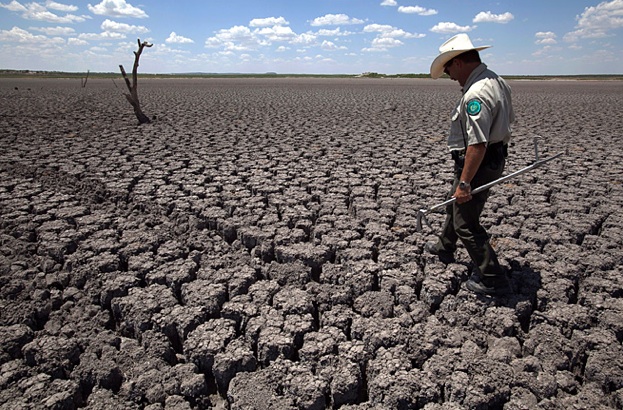 The Next Disaster Is The Mega Drought

To sum up, investors are concentrating on when the next bear market will begin, but the next disaster is the mega drought. It’s the one that no one is taking seriously, which is overtaking America's southwest. I suggest all of my subscribers send for Steven Leeb’s brochure titled, “America’s Mega Drought.”

The drought in the West is receiving surprisingly little coverage. In my opinion, the coast of California should be riddled with desalinization plants. But from what I see, very little is happening. Desalinization plants, if started today, could take four years to complete. They’re too expensive, the naysayers complain, but my answer is: what’s the alternative?

As the drought goes on, the cost of water, food, energy, and almost everything else will increase. In my lifetime, I’ve never seen a potential disaster begin with so little interest. From what I understand, less than 3% of the water on earth is drinkable. This means that the way out of this potential disaster is desalinization. For those thinking of profits as opposed to dying of thirst, I can’t find any pure desalinization stocks. General Electric is a company that leads in desalinization. But really, who cares about profits when you’re dying of thirst.

The Wall Street Journal called me about Dow Theory. I told them that a non-confirmation in the averages occurs when Industrials and Transports are moving in the same direction but one average hits a new high while the other average lags. But today, Industrials are just off their highs while the Transports are breaking down to six-month lows.

This is divergence, a situation where the two Averages are moving in opposite directions. In all my 60 years of monitoring the stock averages, I’ve never seen a case of such drastic divergence. Intuitively, I call this divergence a case of stock market sickness. When the market is sick, anything can happen, and I’m afraid that that’s what we face now – ANYTHING.

Is this a correction, a stumble, or the beginning of a bear market? At this point there’s absolutely no way of telling. My reaction is to hope for the best and prepare for the worst. My advice in this original and perplexing situation is to hold tangible wealth. The basic and most elementary examples of tangible wealth are physical silver and gold. One more example of tangible wealth would be a deep underground source of water.

In closing, I consider the drought in the west to be more dangerous than the Dust Bowl of the 1930s. The drought of the West has implications beyond profit or loss. The drought in the West, in its essence, is a matter of life and death." I would urge all KWN readers around the world to subscribe to Richard Russell's 90 years of wisdom and remarkable writings at Dow Theory Letters by CLICKING HERE TO SUBSCRIBE.