With continued uncertainty in global markets, look at what has rapidly plunged and just entered a market.

The Newest Bear Market
From Jason Goepfert at SentimenTrader:  Crude oil fell into a bear market, at least by the definition of being down 20% from its recent high. 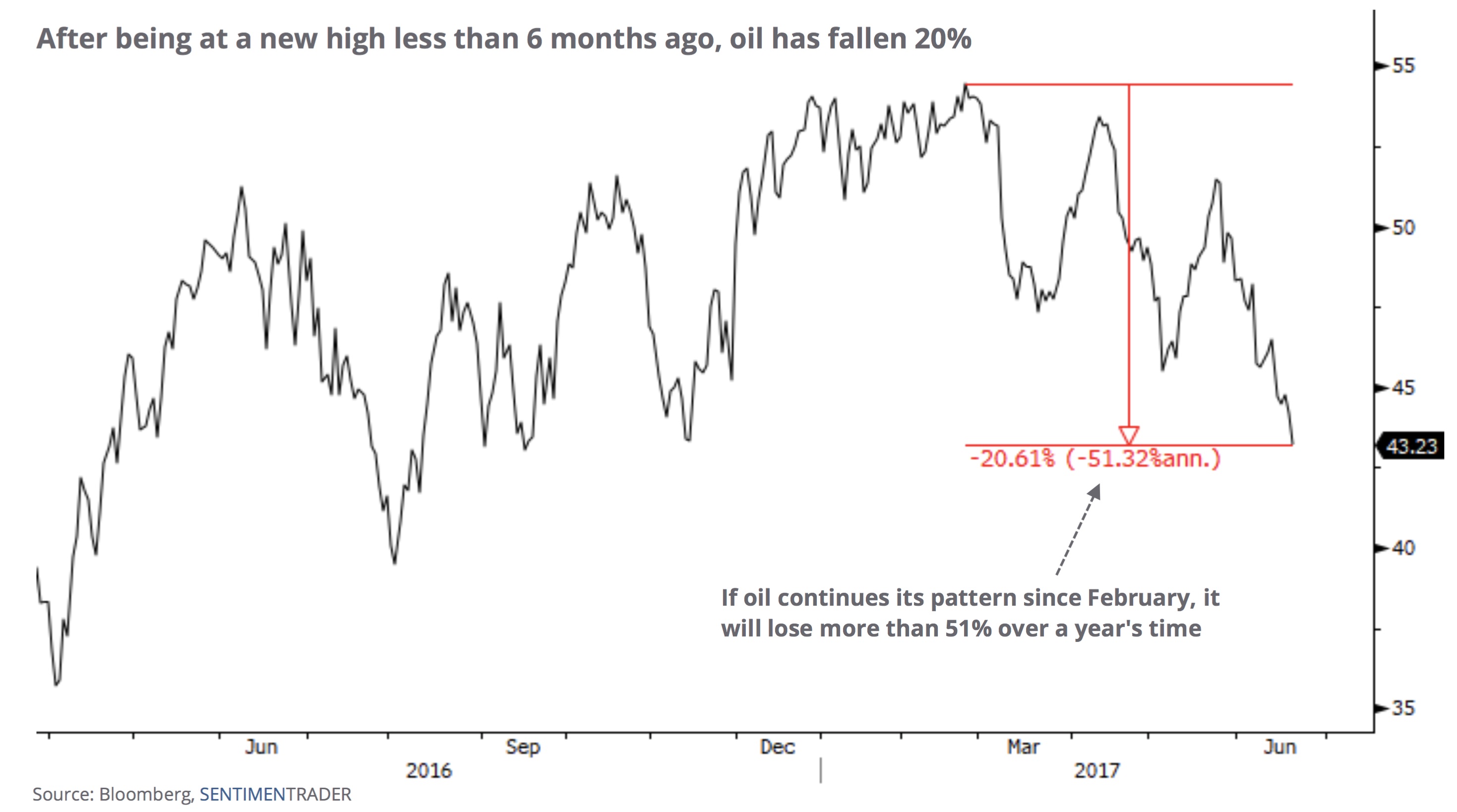 It’s been more than five years since the market fell so hard so fast from a high, and historically it has not reacted well going forward. Two months later, it was even lower more often than not. During the past 20 years, new bear markets in oil have led to weak returns in the stock market as well…

Last week, we took a look at the multiple 2% weekly losses in crude oil. While severe, the selling wasn’t a consistent signal of exhausted selling pressure, at least over a short- to medium-term time frame.

If it continues like this, though, that should change quickly. Oil slid again on Tuesday and as has been widely reported, is now in an arbitrarily-defined bear market, being down 20% from its recent high.

This is the first time in six years that oil fell into a bear market after having been at a 52-week high within the past six months. That was the last time it had such a severe drop in a relatively short amount of time after having been in all-clear territory.

… As often as not, oil continued to fall, especially over the next two months. Overall, it led to volatile price action, with an average move of more than +/- 25% over the next year.

There isn’t anything here to suggest the new bear market is likely to reverse for crude, and lately that has been a negative for stocks.

***ALSO JUST RELEASED: For All The Pain And Gain Between Stock Market Bulls vs Gold Bulls, Nothing Sums It Up Better Than This… CLICK HERE.

CRASH WARNING – Public Has One Of The Highest Exposures To Stocks In 30 Years!