On the heels of the Dow plunging nearly 400 points at one point during today’s trading session, and with gold surging and oil falling, today a jaw-dropping indicator that was last seen during the Great Depression just hit an all-time high!

But first, let’s start with an important quote from last Friday:
“I continue to be somewhat surprised that all the destruction that has occurred in the stock market thus far hasn’t led to a wide open break, but the pressure continues to build and I think a big dislocation is as close to a certainty as those things can ever be. I realize that is a pretty bold statement on my part, as such events are quite rare, but in this case it is a virtual slam dunk, for reasons I have reiterated many times.” — Bill Fleckenstein 2/5/2016

A portion of today’s note from Art Cashin:  “Most of Asia closed as we begin the Year of the Monkey. Japan rallied but Europe opened down and got worse. Yields are falling on both sides of the pond. Dollar firming but gold has a decent bid. U.S. futures reversed lower on the very weak opening in European markets. Oil is under pressure as WTI struggles to hold at $30. The FANG superstars are under very real pressure again. Fed Fund futures put likelihood of a March hike at 11%.

Consensus – Crude weakness likely to weigh on stocks. An S&P break of 1857/1861 could target the January low of 1812. Worries on European financials doing some equity damage. Stay wary, alert and very, very nimble.”

Also…
The following chart and commentary was published by King World News on January 25, 2016:
“With the Gold/Oil ratio recently stretched to extremes by hitting 70-year highs, and having only been at this level during the Great Depression, we may finally be seeing the long-awaited bottom for crude oil prices (see remarkable chart below that now includes data going back to 1920).” 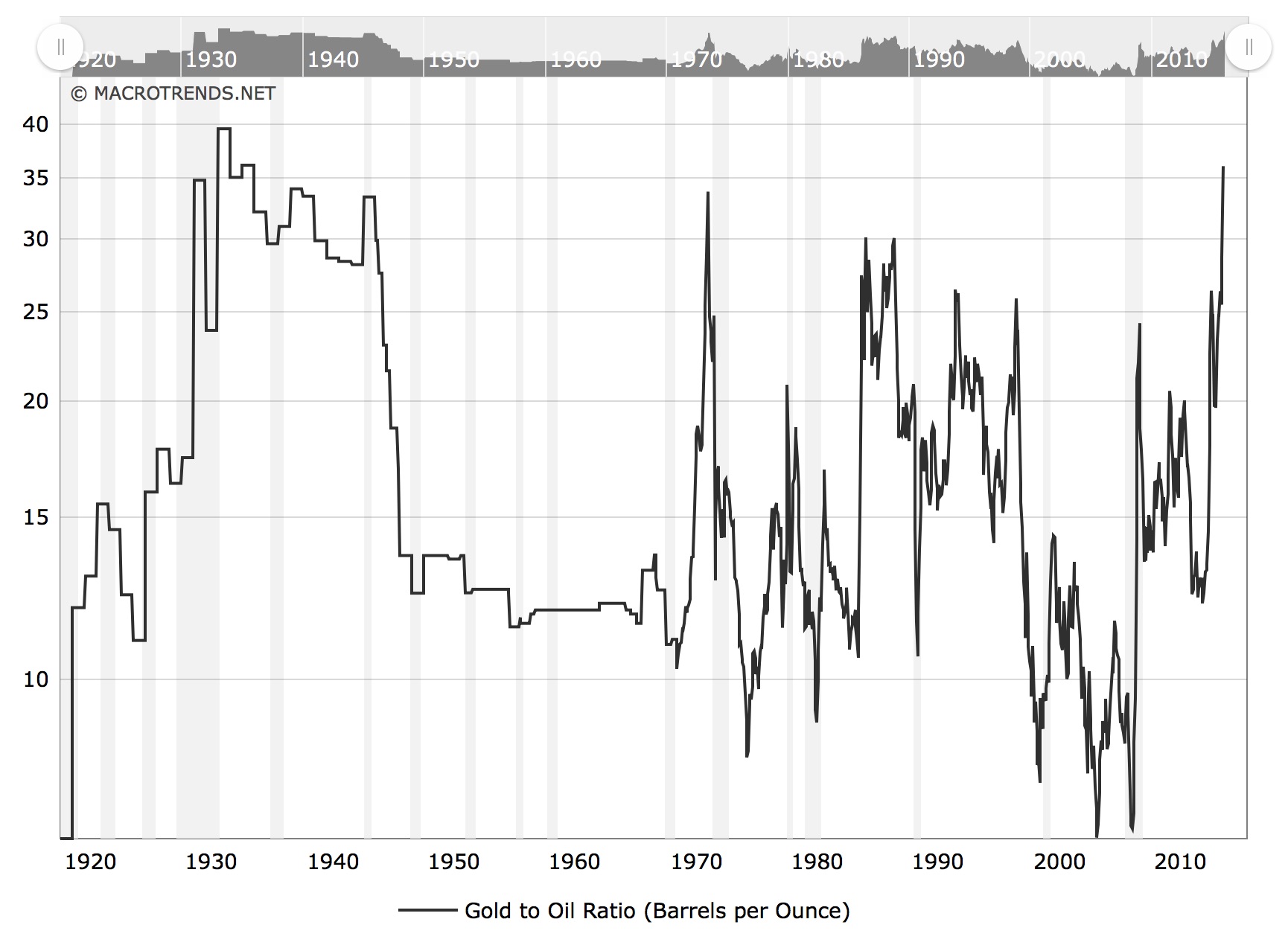 But look at what just happened today… 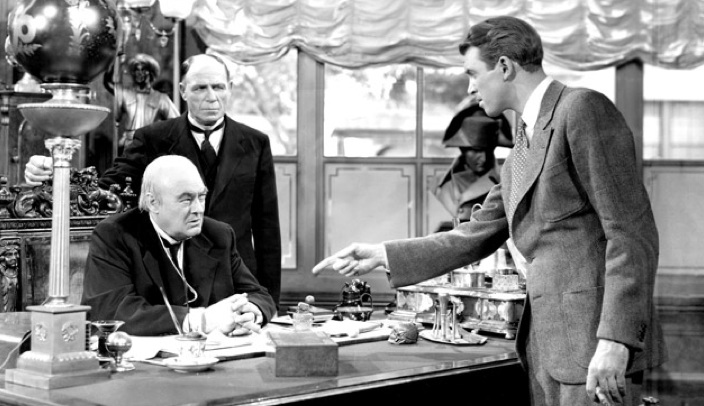 Jaw-Dropping Indicator Last Seen During Great Depression Hits All-Time High!
If you look at the stunning chart below, you will see that the Gold/Oil Ratio just hit an all-time high today! 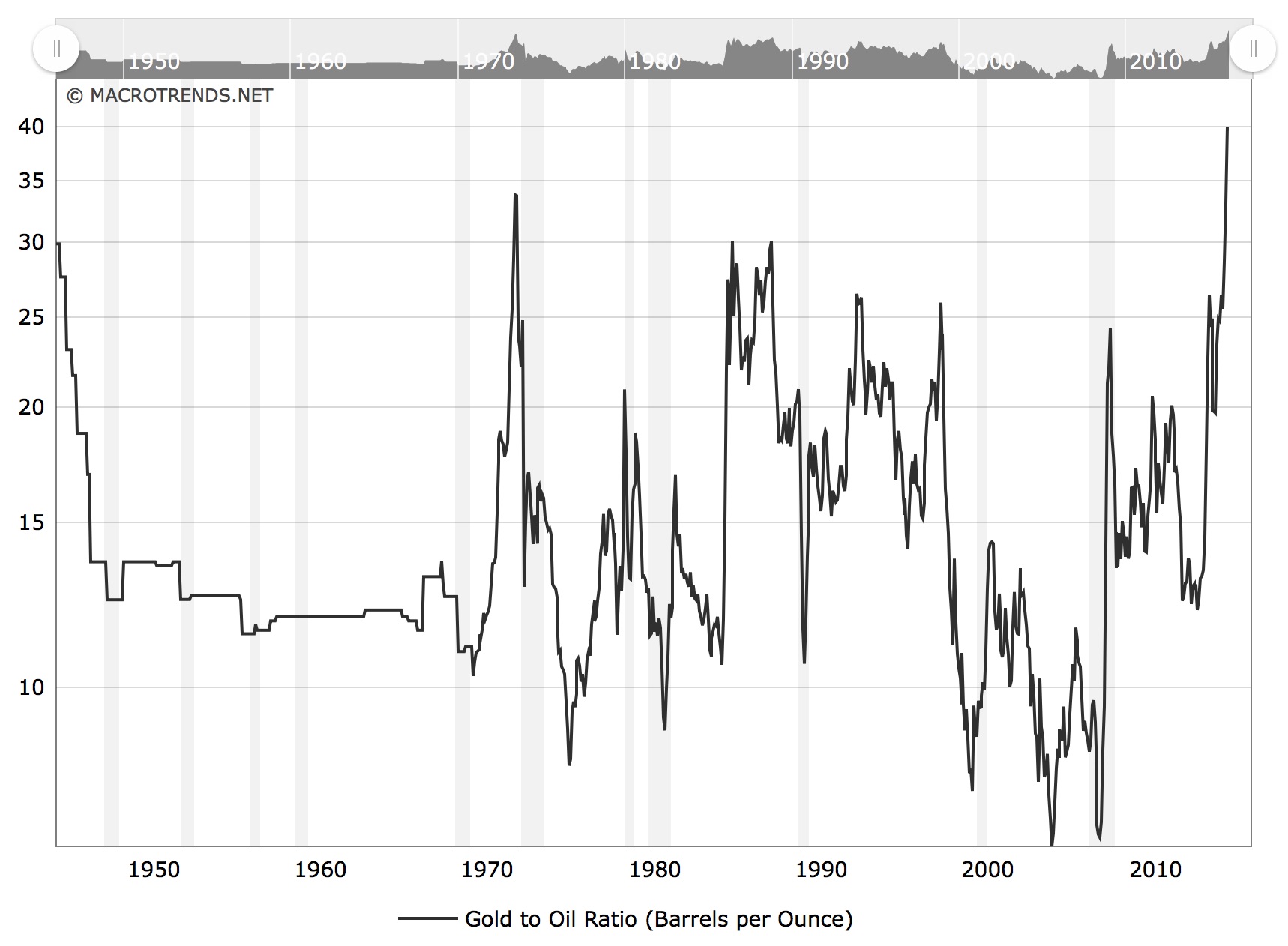 If you look carefully at the two charts above, you will notice that the Gold/ Oil ratio just took out the previous high that was last seen during the Great Depression.  Meaning, gold is trading at an all-time high vs oil.  So now we are seeing the price of gold soaring in both foreign currencies and oil.

The next major move will be against the last holdout — the U.S. dollar.  When that takes place it will mark the end of the latest gold suppression scheme and it will also mean gold has started the next leg higher in its secular bull market that will see the price smash through the previous high all-time high of $1,920.

Marc Faber On The Next Terrifying Crisis