As the world awaits this week’s Fed decision, today James Turk warned King World News that the world is headed for a crisis far worse than 2008.

James Turk:  “The Federal Reserve’s 2-day monetary policy meeting this week should be an interesting one, Eric, but not because they are going to raise interest rates. Rather, it will be interesting to hear their explanation regarding why they aren’t raising rates…

In recent months, even some of the interest rate doves have been arguing for an increase. Then, on August 27th at their annual monetary policy conference in Jackson Hole, Wyoming, Fed chair Janet Yellen said: “I believe the case for an increase in the federal funds rate has strengthened in recent months.”

I am particularly looking forward to Yellen’s post-meeting press conference. What excuse will she use this time to explain why the Fed is not raising rates? The Fed has repeatedly said that it is “data dependent,” and that policy decisions are made on the economic data presented to them. I don’t know what data they are looking at because the data I am looking at is presenting a dire picture.

For example, the shipment of capital goods is a key measure of economic activity, and it is presented in the following chart.

How can anyone, let alone the Fed chair, claim that economic activity has “strengthened in recent months?”  The chart above, which shows the annual rate of change, has been declining since February of 2012. 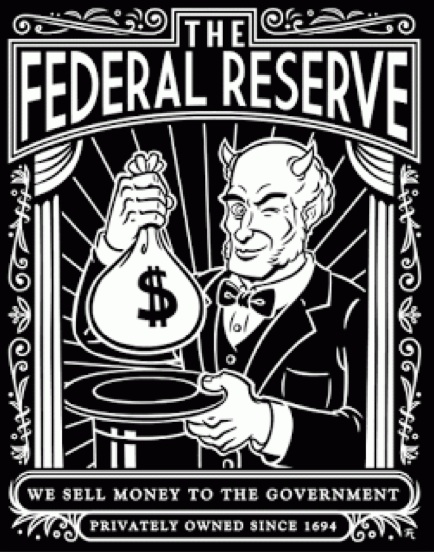 The Fed Is Propaganda Dependent
The only reasonable conclusion is that the Fed is propaganda dependent, not data-dependent. The Fed hopes that by claiming the economy has “strengthened” its spurious spin will stop people from realising that a recession is upon us. Meanwhile the Fed’s policymakers are feverishly praying that their flawed Keynesian economic theories and broken mathematical models will eventually start to work. But they aren’t and they won’t.

Looking at the above chart once again, the rate of decline in manufacturers’ shipments is finally starting to accelerate, which raises an interesting point. Note how shipments declined rapidly during the two previous recessions in 2001 and 2008. On both of those occasions, manufacturers sensed recession, and being prudent and wise business people, they cut back quickly, resulting in the steep declines on the chart. Contrast those steep declines to the relatively slow and protracted decline over the last four years.

It seems reasonable to conclude that so far there has not been a sharp decline in the annual rate of change in shipments because of the Fed’s ongoing market intervention. Low interest rates are distorting the economic calculation that manufacturing companies need to take into consideration as they plan their current needs as well as for the future. In other words, the Fed has enabled the creation of artificial economic activity that is as phoney as a $3 bill.

There has been only one interest rate increase since the Fed pushed the key Fed Funds rate to 5.25 percent on June 29, 2006. That is one rate increase in more than ten years. That is not the way markets work.

A Day Of Reckoning Is Fast Approaching
For too long the Fed’s interventions have prevented interest rates from rising to normal and market-derived levels. But the beauty of economic activity is that eventually something has to give because actions have consequences, and bad actions have bad consequences. Meaning, there will be bad repercussions because the Fed is doing bad things.

The World Is Headed For A Crisis Far Worse Than 2008
Unfortunately, that won’t happen, at least until we get another financial collapse, and the above chart looks like the US is already in a recession. So time is quickly running out to help those people who have mistakenly placed their reliance upon the Fed and its policymakers. They should instead be relying on physical gold and silver, and in fact, any other tangible assets that are undervalued.