As we kick off the 2017 trading year, today James Turk spoke with King World News about the reality of what is really happening in the gold market and it may surprise you.

James Turk:  “This past year was a good one for gold and silver, Eric. In fact, it’s been pretty good for gold and silver since the turn of the century, particularly if you look at their prices in terms of currencies other than the US dollar… 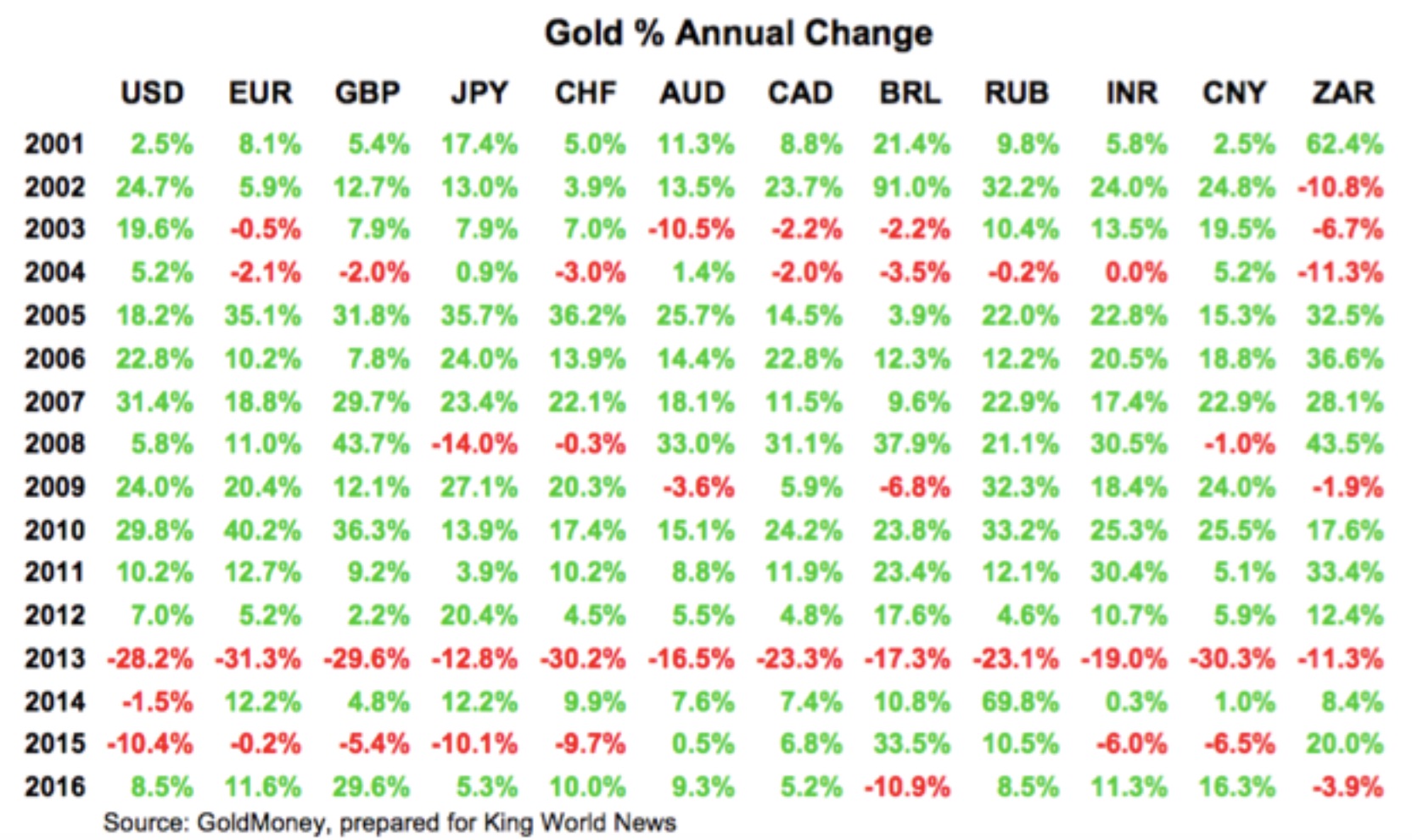 Here are the results for silver, which last year did better than gold across the board. 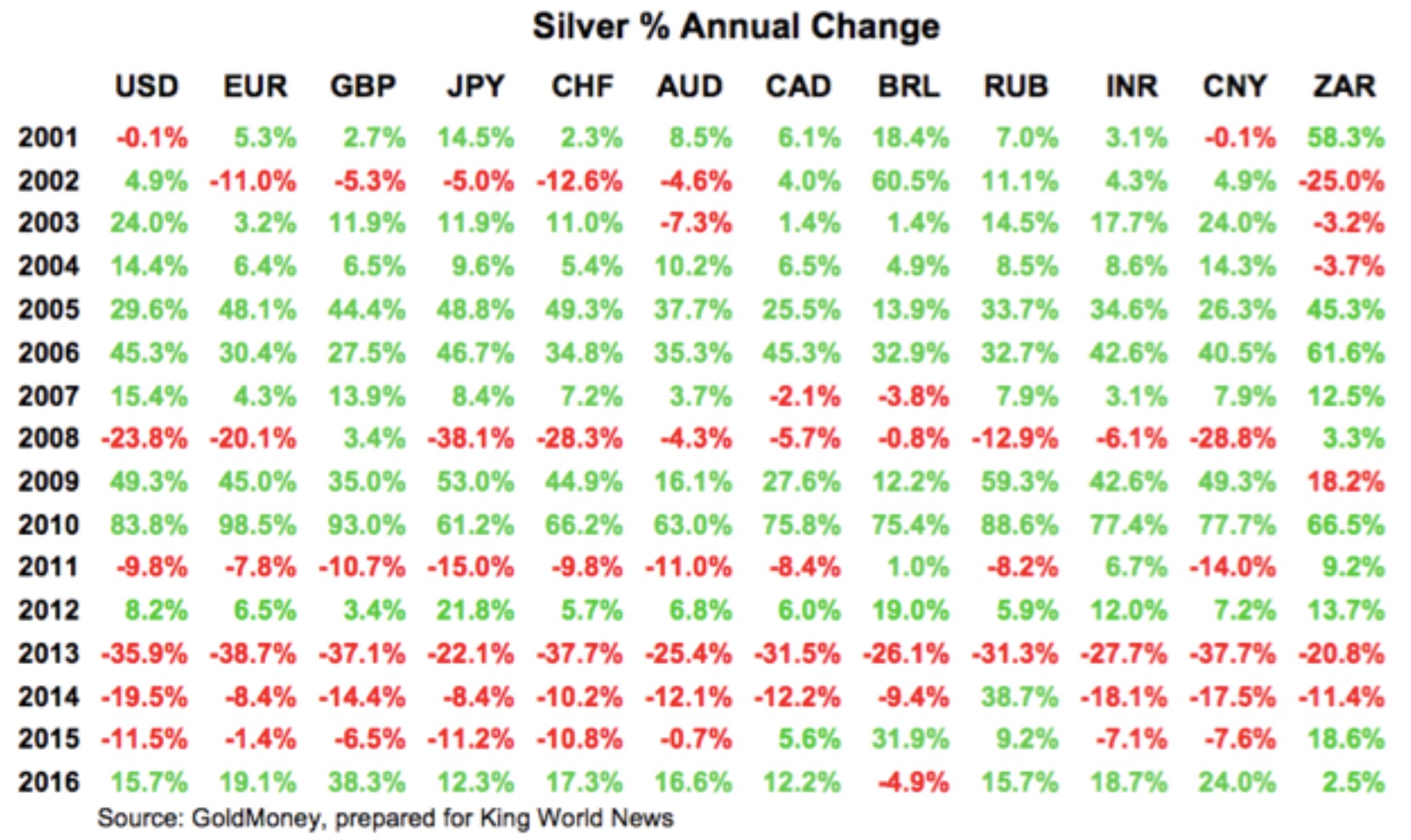 Gold rose in terms of all the currencies except those of Brazil and South Africa, which is not too surprising given the big gains in gold the year before for these two currencies. Gold had a spectacular gain in 2016 of 29.6% in terms of the British pound. This result highlights the importance of owning gold to protect your wealth from currency depreciation.

Savvy Brits Protected Themselves
But last year the Brits saw gold’s other advantage. It protected gold owners in the UK from a decline in the British pound’s exchange rate after the Brexit vote. This result is similar to what happened in 2008. Back then the pound fell sharply against the euro, so Brits who held gold were largely unaffected by the pound’s weakness that year, just like they were protected again in 2016.

In fact, it has been a rough ride for the British pound this century. If you had purchased £100 of gold on December 31, 2000, that gold 16 years later is valued at £512.45, a greater than five-fold increase. But this fact is only part of the real story. To see the whole picture, results need to be measured in terms of purchasing power. This can be achieved by looking at the cost of any product essential to the cost of living, but I like to use energy, which is everyone’s most basic component of our standard of living.

Importantly, these results for the British pound are similar to what has happened for all national currencies, as we can see in the following table.

The only difference between these national currencies is their individual rate of decline in purchasing power compared to gold. They are all losing purchasing power, but just doing it at different speeds.

The Lesson
There is an important point to make here, Eric, about managing our assets – our wealth – which is illustrated by the above tables. Let’s break out our wealth into three different components – cash, shelter and investments. In my view shelter is a basic necessity of life, so I don’t consider one’s house to be an investment. The remaining two components of our wealth are cash and investments.

Holding national currencies is a crapshoot, Eric. It’s a guessing game about which national currency to hold, so why hold any of them other than what’s required for your immediate needs? National currencies are a failure because they do not preserve purchasing power. So hold gold and silver instead. The precious metals are the best liquidity – the best money.”