With the gold and silver markets getting hit today along with the shares, today King World News is pleased to present a crucial update on the war in the gold market from Michael Oliver at MSA. Oliver allowed KWN exclusively to share this key report with our global audience.

By Michael Oliver, MSA (Momentum Structural Analysis)
March 2 (King World News) – The long-term momentum trend (annual) turned up in February 2016 with a buy zone from $1140 to $1160.  The sharp corrective decline from September to December 2016 landed squarely on the pre-defined annual momentum oscillator support level (shown in prior reports) and came within less than $4 of causing MSA to shift to neutral on gold…

The charts shown below are intermediate in their time-scale.  A three-wave downtrend was broken out above in January with an extension of that rally to last week’s high.  That’s the single largest intermediate oscillator swing in years for gold (meaning the largest uninterrupted move in the intermediate momentum readings in years). 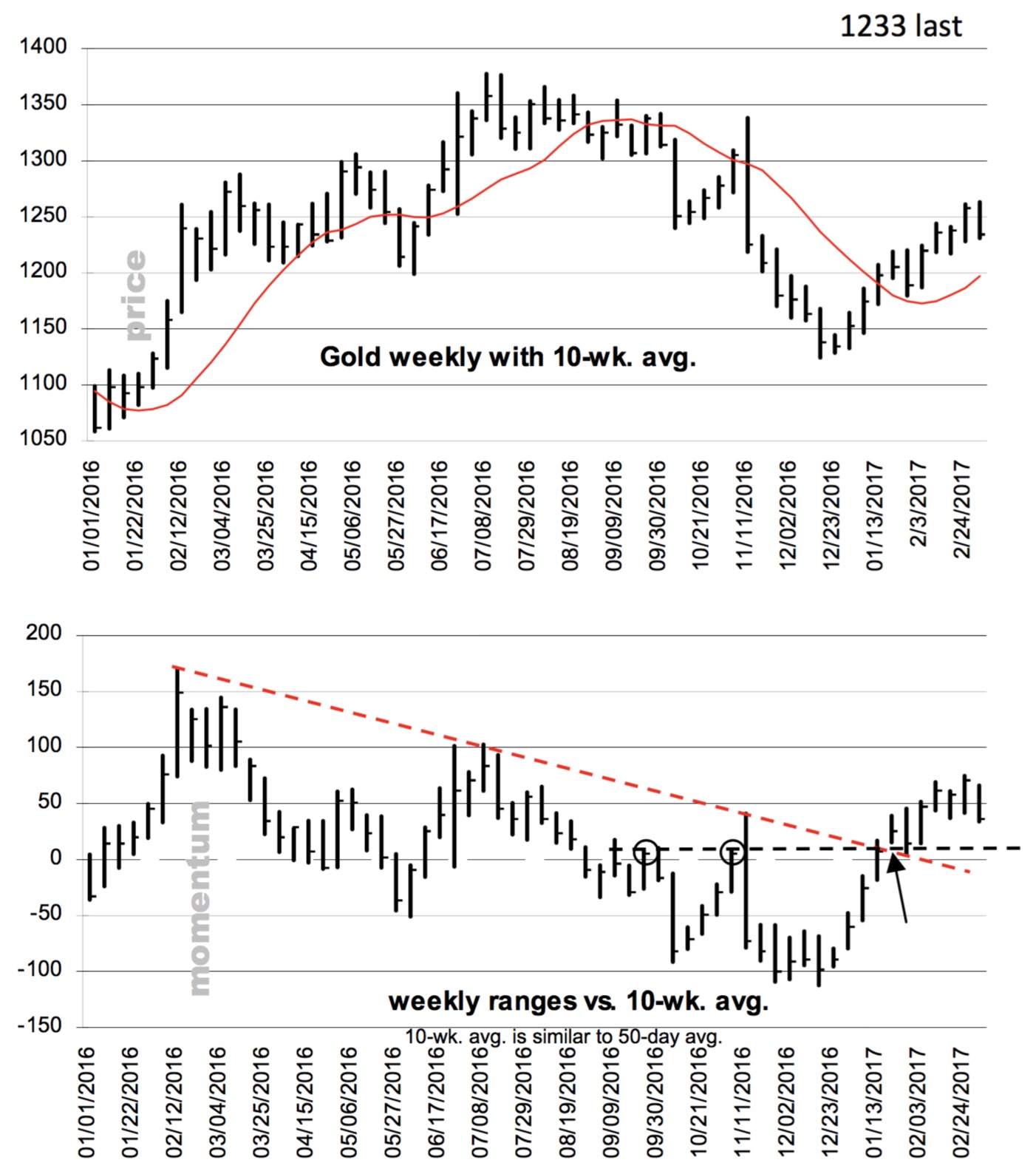 Momentum is now above the downtrend and the horizontal, both of which were taken out to the upside seven weeks ago.  This downturn will likely find support around the black line or zero line.  Black line is defined by peak closing oscillator readings from September to November, around $10 over the zero line; zero line is the 10-wk. avg.  Next week the 10-wk. avg. rises to around $1207, and is rising $10 every week.  MSA’s prior expectation of intermediate trend support around $1190 should be adjusted upward by perhaps $20 or $30.

King World News note: That would mean that in the short-term, $1,210 – $1,220 is the new, adjusted support zone for the gold market.  KWN will keep a close eye on those levels.

***ALSO JUST RELEASED: The Matrix Of Lies And What The Elite Are Really Planning Is Terrifying CLICK HERE.

Important Update On The Stock Market, Plus A Note On Gold