Markets have calmed after wild trading, but this is very worrying…Plus a warning from a legend in the business.

Wild Trading In Major Markets May Not Be Finished
February 7 (King World News) – The following is from Andrew Adams at Raymond James:  S&P 500 Was 5 Standard Deviations Beneath the 10-Day Moving Average: One of the many signs of downside extremes this week was the fact that the S&P 500 was 5 standard deviations beneath its 10-day moving average, the most “oversold” it had been since August 2015. Hopefully, this is yet another sign that the worst is behind us.

So Much for the Low VIX!!!
As we have mentioned in past reports, the only reliable signals we have ever been able to glean from the VIX is when it spikes up very quickly…

Well, early yesterday the volatility measure climbed above 50 to its highest point since August 2015 before pulling back once the market began to rally. Often over the last several years, a spike in the VIX above 30 has been a fairly reliable indicator that a bottom in the S&P 500 is near (green arrows).

VIX Skyrockets To Highest Level Since 2015! 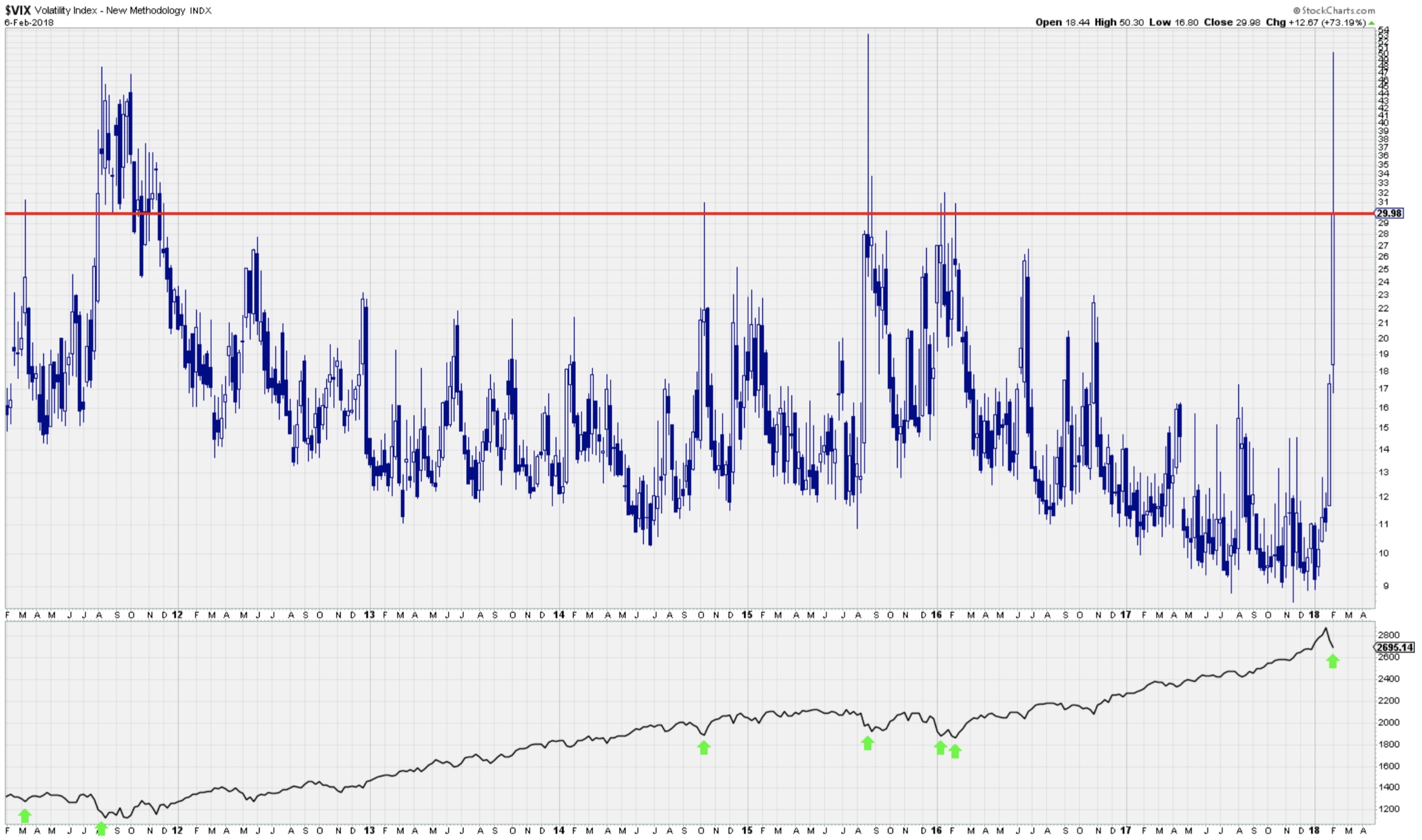 Sentiment Did Not Hit Negative Extremes Though
One sign that perhaps the stock market has not actually hit THE bottom is that the Equity Put/Call Ratio did not hit the extreme negative readings in favor of puts that has often marked low points in the S&P 500 over the last few years (getting above the green line). We remarked in recent weeks that the Put/Call ratio was skewed heavily in favor of calls (below the red line) and that market sentiment was, therefore, maybe too optimistic. It appears this was the case, but it is interesting that we did not see the same kind of panicked put buying that we often see near downside extremes. 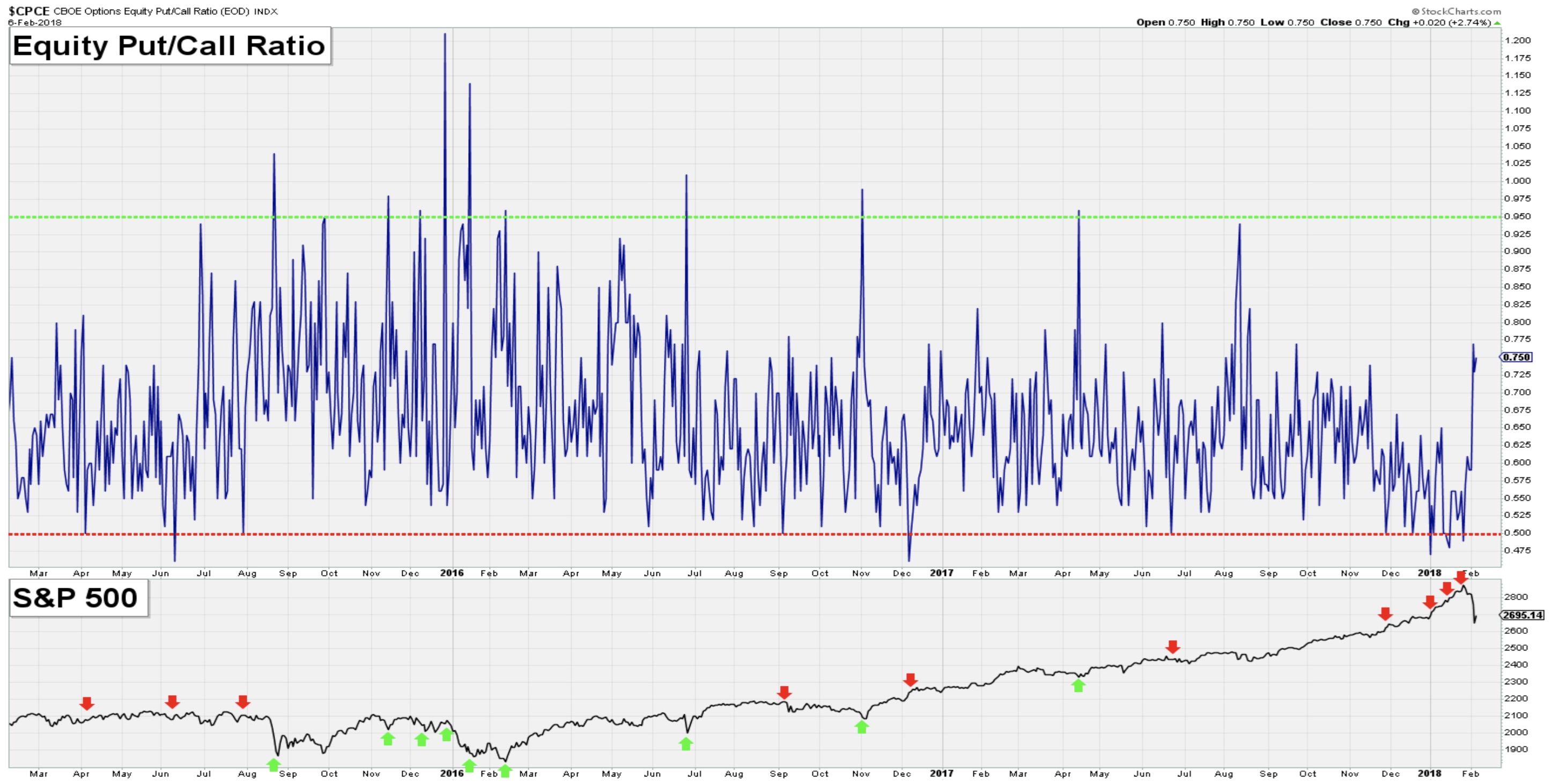 And Finally, Art Cashin Weighs In…

Here is a portion of today’s note from legend Art Cashin:  Just A Coincidence, We Hope – UBS’s inimitable economist, Paul Donovan notes that the new Fed Chair, Jay Powell is a lawyer by training and not an economist.

Paul further notes that the leader of the German Reichsbank in 1923 was also a lawyer rather than an economist. That didn’t work out well, did it?

Consensus – As suggested, it looks like the bottoming process is still in motion. Lots of unacknowledged damaged caused in the last few days.

Adding to vulnerability has been the fact that virtually all corporate buybacks have been put on hold for earnings season.