As the monetary madness continues, some of what you will read below is difficult to comprehend because it seems totally unimaginable. 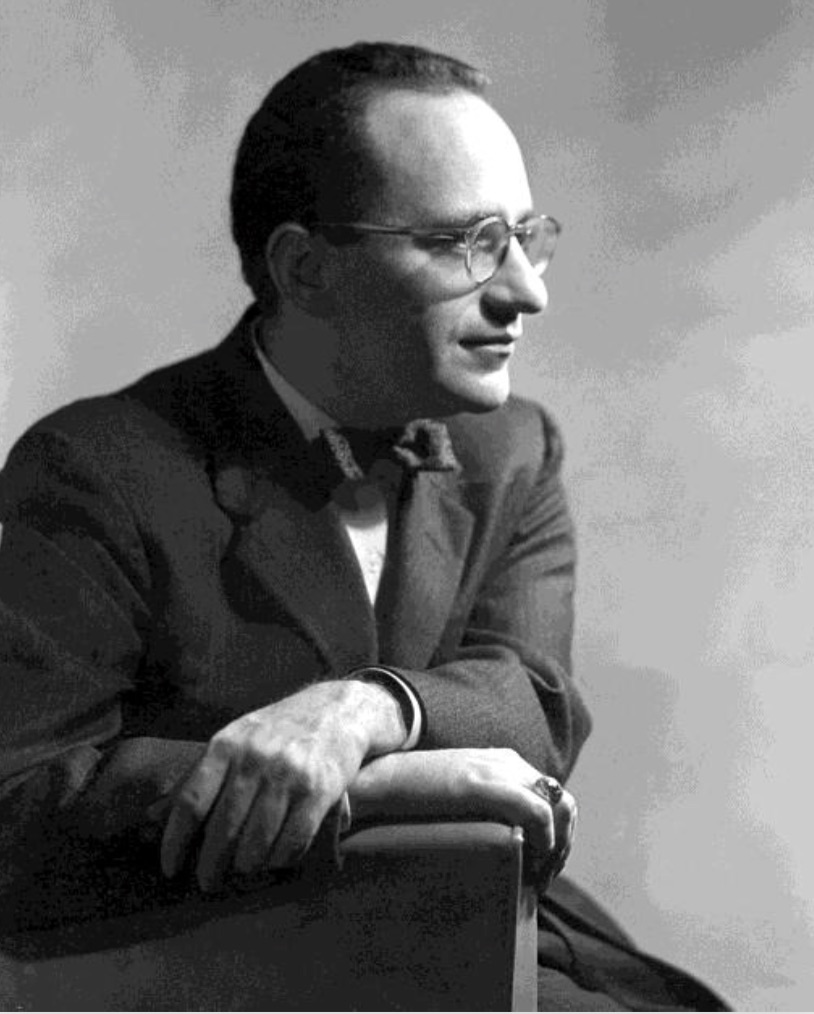 “If you have the power to print money, you’ll do it. Regardless of any ideologies or statements, that you should limit your counterfeit operations to three percent a year as the Friedmanites want to do. Basically you print it. You find reasons for it, you save banks, you save people, whatever, there are lot of reasons to print.” — Murray N. Rothbard

After 2011 The Gold Price Corrected Too Much 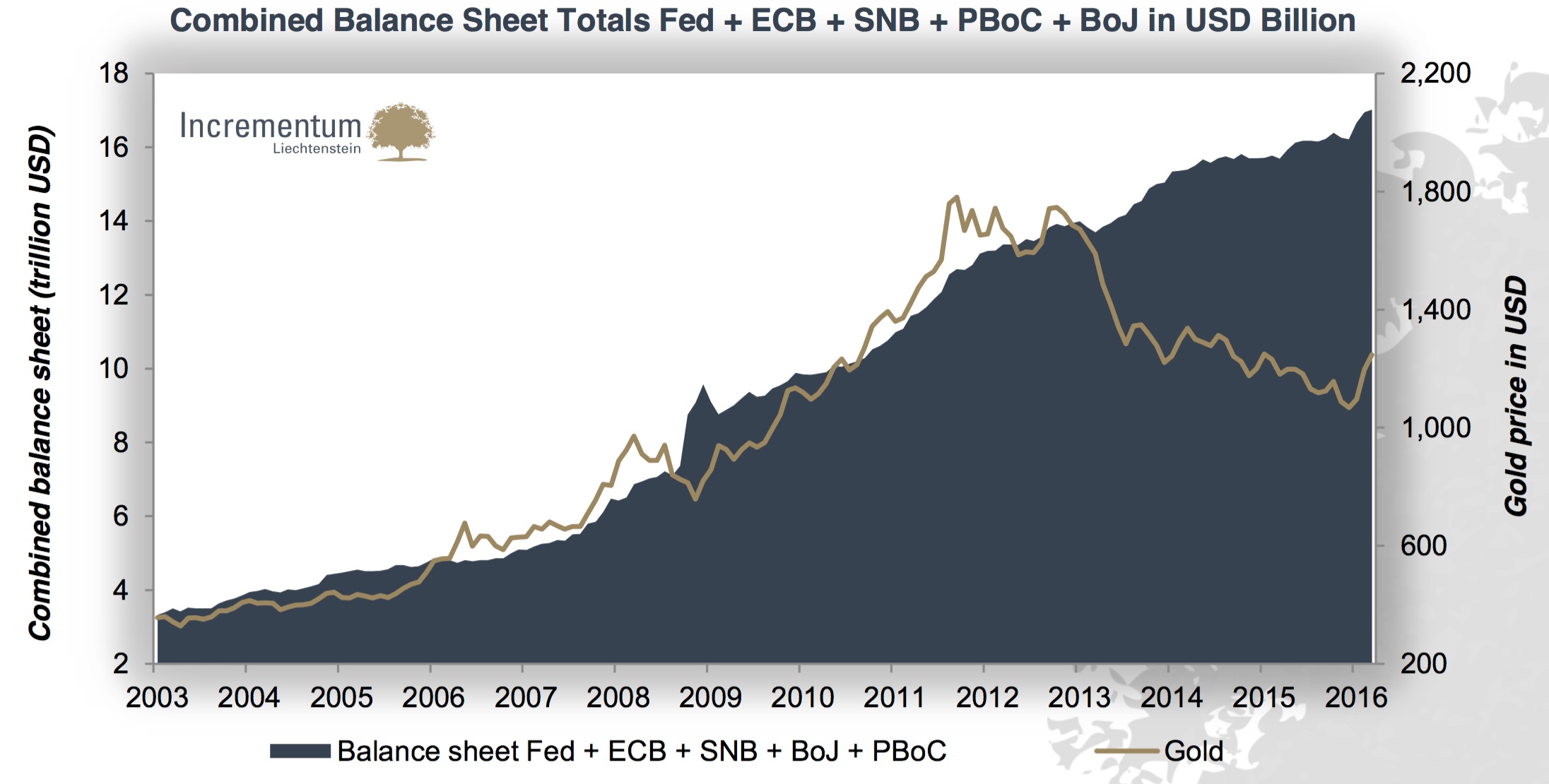 ► If money supply grows faster than the stock of bullion, the gold price should grow in the long run and vice versa – the bear market of the recent years was a divergence from this pattern

► As hardly any reduction of central banks‘ balance sheets is to be expected, the gold price should rise significantly to catch up 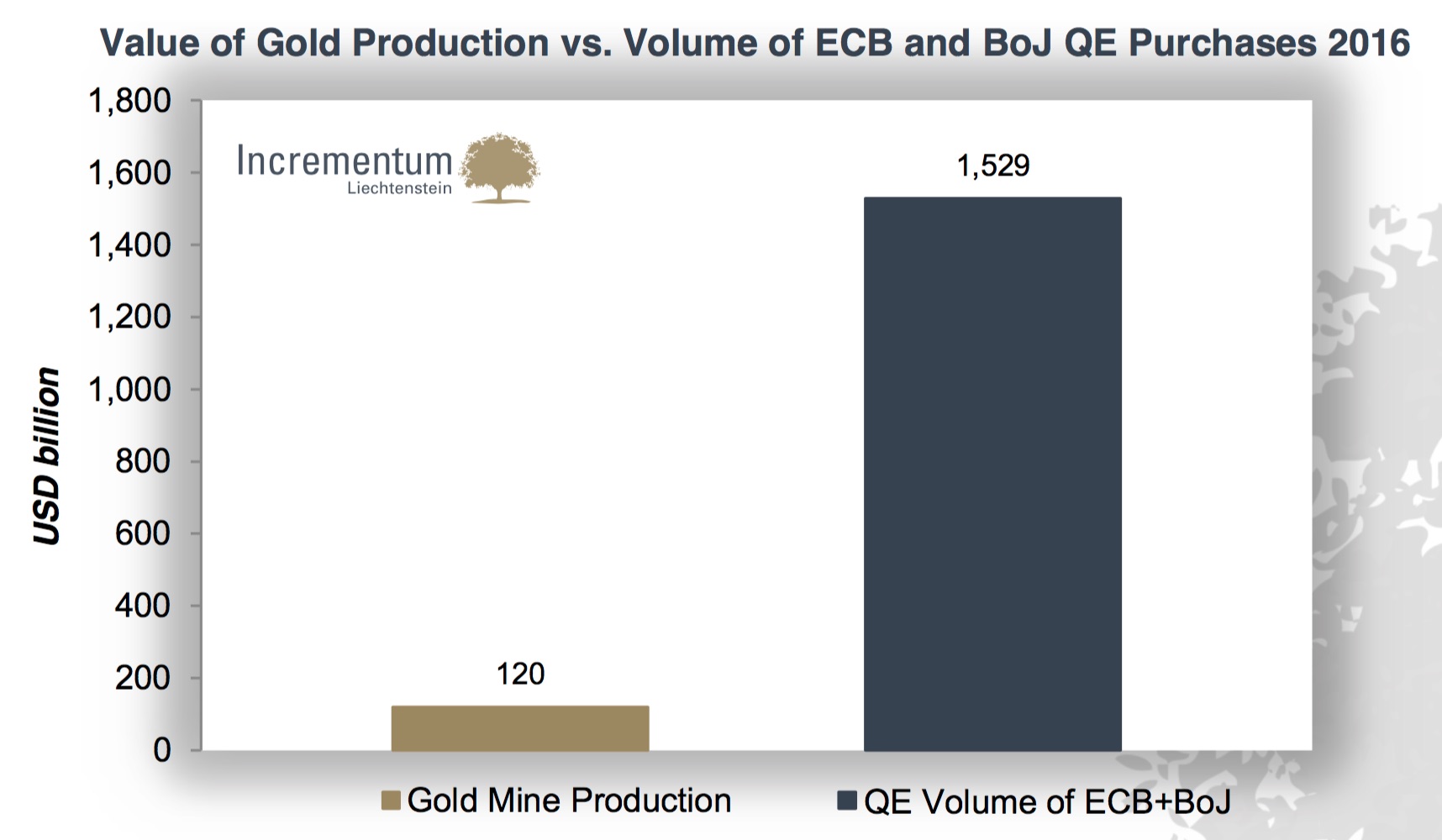 ► Gold has to be physically mined, its global supply is exceedingly stable – holding it provides insurance against monetary interventionism and an endogenously unstable currency system 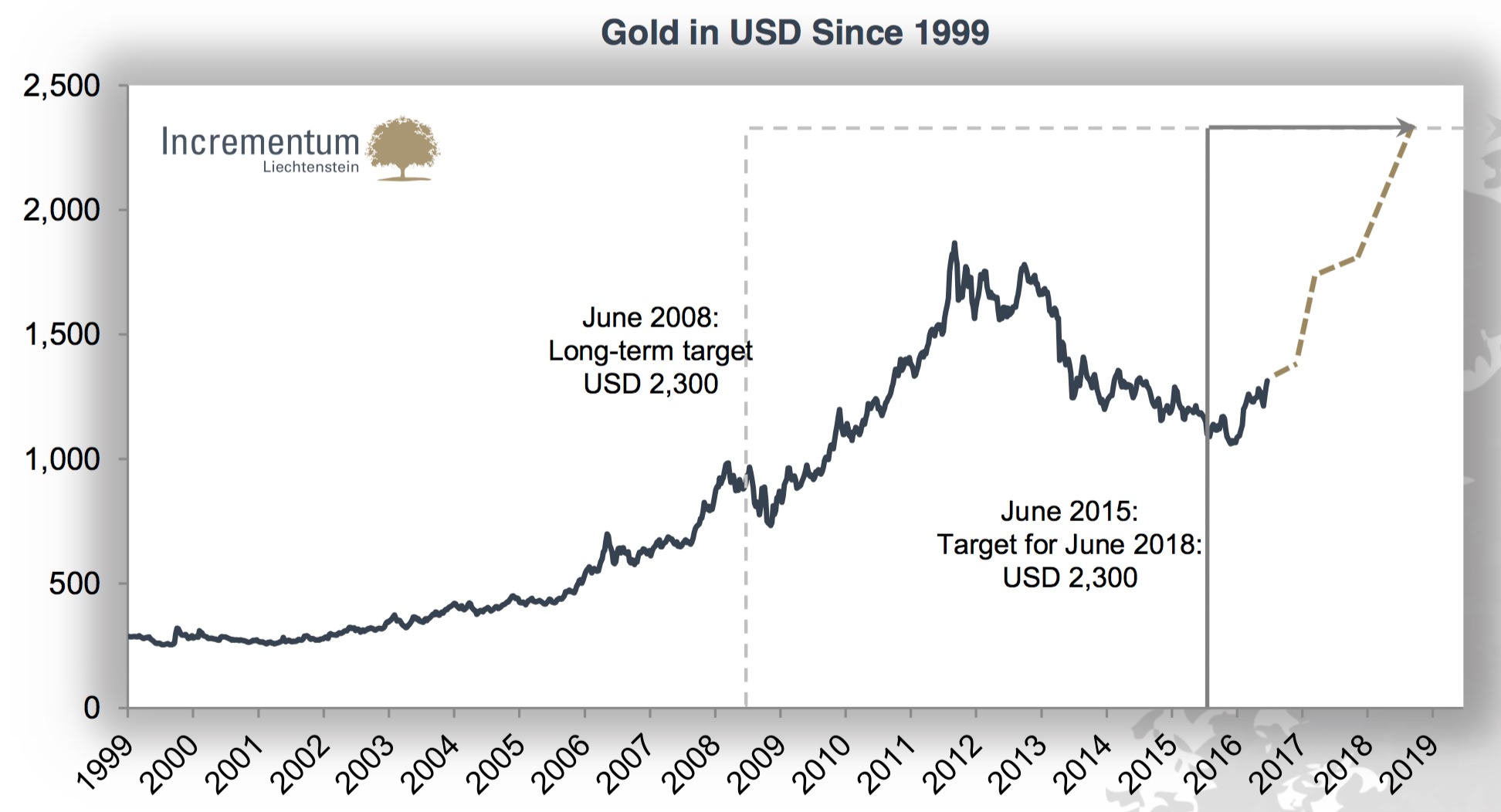 ► Contrary to our expectations, then a correction started which evolved into a full-blown bear market in 2013

► While most other gold analysts became bearish on gold, we continued to stand by our thesis that gold is still in a secular bull market

The War In The Gold Market
King World News note:  This is a fantastic piece from Ronald Stoferle and it clearly illustrates why there is a war in the gold market every single trading day to keep the price of gold suppressed.  Yes, it is a matter of national security on both sides of the Atlantic because a skyrocketing gold price would collapse confidence in Western fiat currencies…

This Seems Unimaginable
Stoferle pointed out that the ECB would have had to purchase close to 5,000 tonnes of physical gold in the first quarter of this year alone just to keep up with their insane money printing policy.  He then notes these purchases would represent a staggering 6-times the annual gold production for that quarter.

Government Agents & Propaganda
Again, this is why the war in the gold market is front-and-center every trading day and it is the job of the bullion banks, acting as agents for the Federal Reserve and other Western central banks, to execute a slow retreat in this secular bull market in gold.  Let’s not forget that the anti-gold propaganda from the mainstream media is also used to deceive the public the entire time their fiat money is being debased and eventually totally destroyed.  Their job is to instill fear and keep anyone in the gold market second-guessing themselves, and simply scare the hell out of anyone else thinking about going near it.

How Will It End?
Like every attempted market manipulation, in this case gold, it will fail because markets are bigger than governments, central banks, and bullion banks.  Just look at the Chinese and Indians — they have been vacuuming up all of the available physical gold on the market for years, and they will also be the primary beneficiaries when gold is ultimately repriced many times higher than it is today.  For KWN readers around the world, exercise patience when the pullbacks occur, and use them to accumulate physical gold and silver as the price drops are always a gift in a secular bull market that will end in a mania.