With the gold and silver markets still consolidating, today King World News is pleased to present an important update on the war in the silver market from Michael Oliver at MSA. Oliver allowed KWN exclusively to share this key report with our global audience.

The sharp correction in late 2016 put momentum back down near that line, without quite landing on top of it, and momentum has since moved back to within a percent of last year’s peak momentum reading.  If price trades up to $18.78 anytime in 2017, then the 2016 momentum high comes out (short black line). 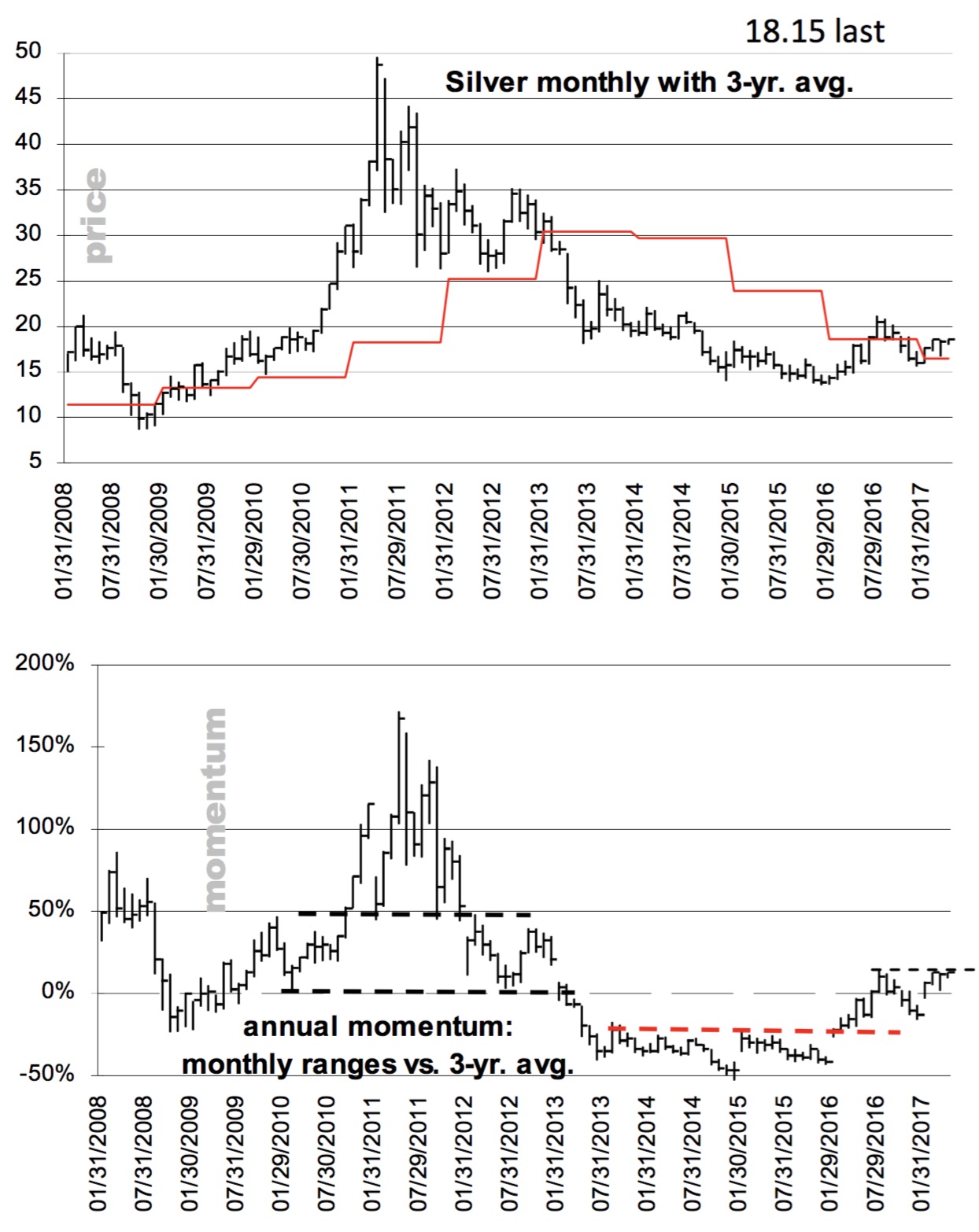 Last year’s price high was just above $21.  We strongly suspect that if momentum achieves a new high reading for this recently emerged bull trend, price will also exceed last year’s price high, following in momentum’s wake. Note that in the topping process of 2011 and 2012 there were two horizontal layers of breakage.  The higher floor was around 50% over the 3-yr. avg. (upper black line), and the lower floor at the zero line/3-yr. avg.  In last year’s post-breakout push, that zero line level was amply taken out.  Therefore, that zero line resistance is no more.

STUNNING: What Caused The Bank Of England To Halt Gold Leasing In A Panic?