As the insane policies from Western central banks continues, below are two of the most unprecedented, all-time record market distortions in history!

From Investors Intelligence:  "The Health Care (S5HLTH) sector against the PHLX Gold & Silver Index (XAU) hit a record high the past week." 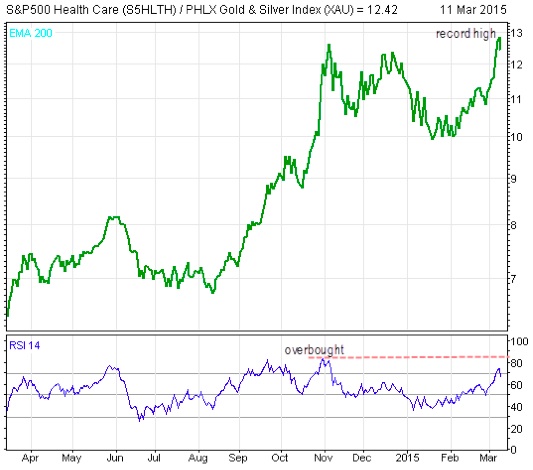 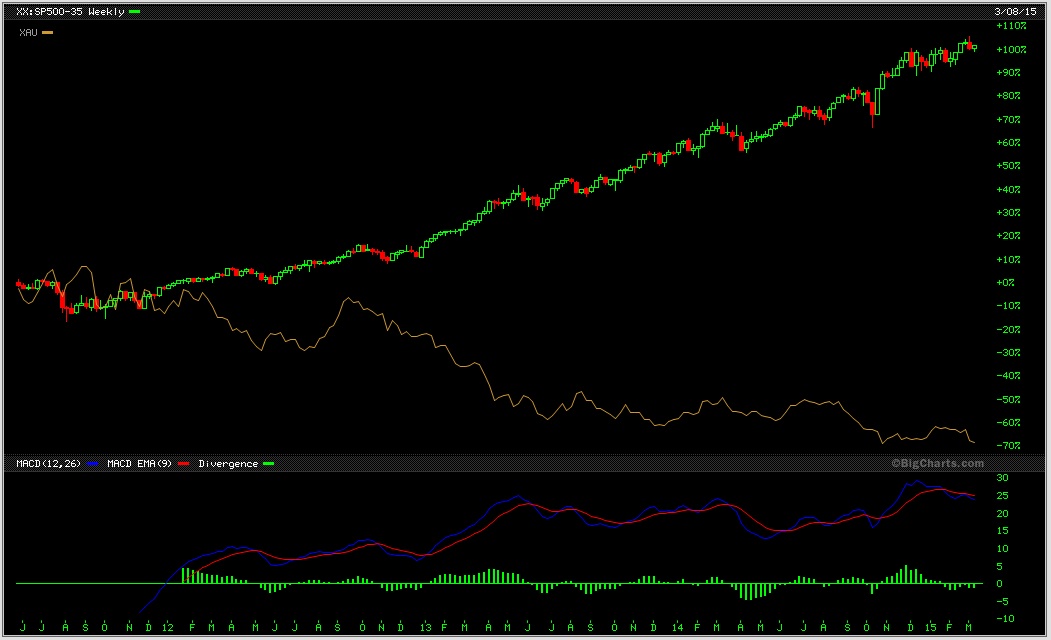 The chart above shows the all-time record disparity of the S&P 500 Health Care Sector vs the XAU (PHLX Gold Silver Index).

These are the type of unprecedented, all-time record market distortions that the U.S. government and the Federal Reserve have created with their war on gold and silver and unnatural pumping up of the equity markets.  How much longer the markets can remain insane is anyone's guess, but one thing is certain — this historic monetary experiment will end very, very badly for the entire world. When this 'Grand Experiment' finally hits the wall and comes crashing down, the financial destruction will be one for the history books.  You must own physical gold and silver outside of the banking system in order to survive the coming carnage.