With global markets rallying on the heels of a Greek deal, today a 50-year market veteran spoke with King World News about the Greek capitulation but warned what's happening in China will reverberate around the world.

John Embry:  “Obviously the big news today is the Greek capitulation to the German pressure and yet another kick-of-the-can down the road.  Thus there are relief rallies in world stock markets, the U.S. dollar is somewhat firmer, and naturally gold and silver have been driven down again….

“The takedown in gold and silver occurred at the exact time of day as always — 3 AM EST.  This is when the London traders go into action.  It also took place once again at the Comex opening, when huge paper sell orders programmed through algorithms hit the market overwhelming any buying support.  This is so repetitive that it’s irritating but it is what it is.

There is absolutely no doubt in my mind that this is all being controlled through the BIS (Bank for International Settlements), the central bankers central bank.  This is in response to the evermore deteriorating global economic and financial situation.

But coming back to the subject of the Greek capitulation, I would strongly urge your readers to look at the comments of Yanis Varoufakis, the ex-Greek finance minister who resigned after the Greek referendum a week ago.  I think he summed up things beautifully, and there is most assuredly no acceptable ultimate outcome to this.  So Greece is totally broke and the EU can’t recognize this fact because of the financial implications, which means that the saga will continue. 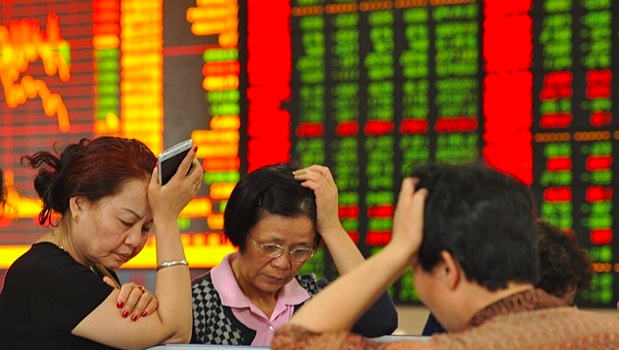 But on an altogether different subject, I thought that was an absolutely brilliant piece that Michael Pento contributed to KWN over the weekend on the true status of the Chinese economy and financial system.  It is the best analysis I have ever seen on the subject.

And when you think about it, Greece is of little importance compared to what is unfolding in China.  The effects of a Chinese implosion will reverberate around the world. For example, you can already see the impact that it’s having in South America, as the commodity-driven economies are deteriorating at an alarming rate.

I also want to talk with you about something a little closer to home.  As you know, Eric, I am currently speaking to you from my cottage on Lake Winnipeg, Manitoba in the heart of Canada.  Ironically the province's debt was just downgraded by Moody’s late last week for what appears to be a very good reason.

A World That Is Drowning In Debt

The socialist government continues to run significant deficits.  The net debt in one of Canada’s poorer provinces now exceeds $20 billion and there are less than 1.3 million people in the province to service it.  If you do the math, the province is clearly headed for disaster, and this is just a microcosm of what is going on globally.

The world is drowning in debt and the implications of this are obvious.  We are either going to experience a debt deflation driven depression that will dwarf anything previously seen.  Or we will experience the complete destruction of the current currency system and some form of hyperinflation.  This is inevitable and I think people should be extremely careful these days with their debt exposure and should focus on owning real things.” ***KWN has now released the extraordinary KWN audio interview with Egon von Greyerz where he discusses the incredible turmoil of the past two weeks, what to expect next, the coming financial destruction that is still in front of us, what investors can do to protect themselves and much more, and you can listen to it by CLICKING HERE OR ON THE IMAGE BELOW.

Look At Who Just Said Gold, Silver And The Miners Are Set For Big Gains In 2018