On the heels of gold trading down more than $20 and the HUI Mining Share Index plunging nearly 8 percent, today one of the greats in the business discusses today’s action, and also included is a note about the mining shares.

By Bill Fleckenstein President Of Fleckenstein Capital
May 18 (King World News) – Overnight markets were once again uneventful. However, the SPOOs experienced a small decline and once Wall Street got around to opening that small loss was turned into a modest rally for the Dow and S&P, although the Nasdaq was 0.75% higher, led by Apple. Remember, Apple is now “safe” to buy because Berkshire Hathaway has anointed it and tech bulls are back to extrapolating a higher price for AAPL to mean good news for much of the sector. In other words, sloppy speculation still prevails, despite the fact that so many various and sundry companies in the retail universe and other sectors have been slaughtered…

The rally faded when the FOMC minutes showed brave talk by that committee regarding upcoming rate hikes. However, the decline didn’t get too far, with the Dow/S&P closing flat, while the Nasdaq gained 0.5%. Away from stocks, green paper was stronger, oil was 1% lower, fixed income was hit hard, and the metals lost 2%.

King World News note: The portion below was part of a wrap from earlier this week but it is perfect after a day like today in the metals complex:

Fearless At the Top, Paralyzed At the Bottom, and Confused In Between
It does seem to me that the fact that the mining stocks are “up” so much (100% in many cases) is causing people to have a hard time getting their heads around them, with many thinking that just because they have rallied that much they absolutely must decline. I’m not saying they can’t or won’t, but as I’ve noted many times in Ask Fleck, where a stock was or — said differently — how much it has gained or lost doesn’t really mean anything about where it is going and when. Admittedly, sometimes in rallies an extended move will lead to a decline (and vice versa), but that isn’t always the case, and it doesn’t mean that any decline (or dip) is something you can understand and capitalize on.

Thus, I think most people are continuing to fight the last war, i.e., the bear market in gold and mining shares, and thus have not gotten long or have traded their way out. I suspect that sometime in the not-too-distant future gold will break through $1,300 and we will see a real stampede as everybody tries to get on board because it has finally broken out in an obvious way. If that were to happen, that could lead to a substantial correction, but we don’t really know that either.

The point of all this is once again to point out the perversity of markets, i.e., you’re finally trained in how to operate in a bear market and then a bull market begins, and by the time you figure out how to shift gears we’re back in a bear market. That said, I continue to think that the most important fact to focus on is that it is very early in this bull market, which means there are substantial if not extraordinary gains still to come in the metals complex. 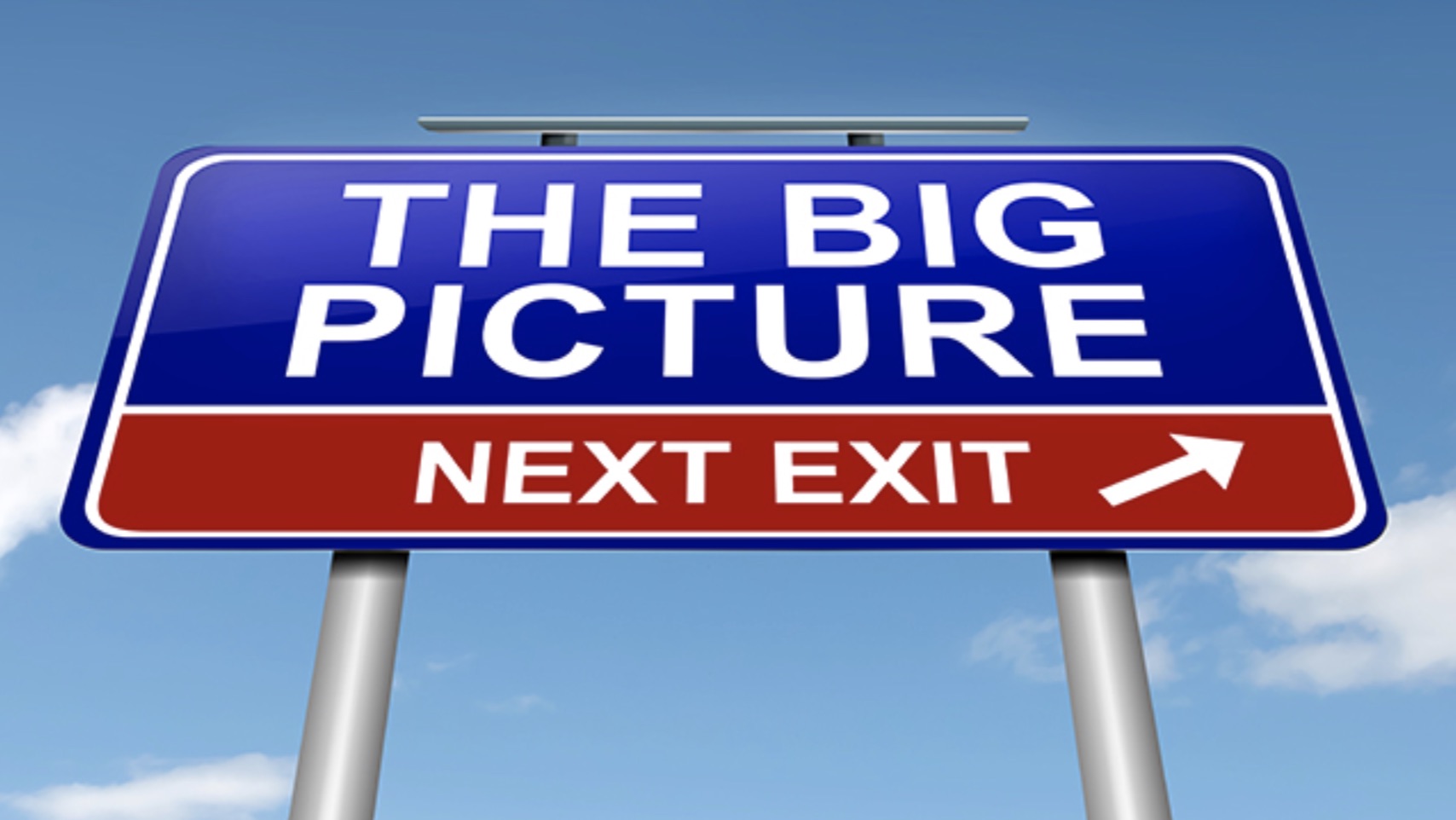 Question:  Gold miners may be up 100% plus this year, but the number of articles and research notes recommending “take profit” “wait for pullback” has been huge.

As to pm miners being overbought, they were hugely oversold, making recent moves perhaps about par.

From Frank Holms (written a month ago):

“Interest in gold bullion, however, hasn’t seemed to translate fully into renewed interest in gold miners. So far this year, inflows into the SPDR Gold Trust (GLD), which invests in physical bullion, have accelerated as investors chase the rally.

At the other end is the Market Vectors Junior Gold Miners ETF (GDXJ), which holds junior gold equities such as Northern Star, OceanaGold and Evolution Mining. Despite an increase in share price, we’ve seen a net decrease in shares outstanding. Year-to-date, outflows have totaled $84 million. Flows out of the Market Vectors Gold Miners ETF (GDX), which holds senior gold stocks, have been even more dramatic, at $94 million.

This could be explained by investors taking profits off the table, unease with the volatile swings in the gold market lately or mistrust in mining stocks. In any case, many investors could be missing out on one of the most impressive gold rallies in a generation.”

So much for the wild (and unwashed) euphoria in the gold miners … I think only the hard core, hard nuts, bought gold miners Dec, Jan, Feb and don’t plan on selling any time soon given ongoing technical, macro, and political trends.

Answer from Fleck:  “Everyone continues to fight the last war.”

King World News note: Below are updated fund flows into the mining ETF’s GDX and GDXJ.  It’s important to be aware that fund flows (in a little more than a month) have accelerated into those mining funds.  GDX is showing fund flows at the “Excessive Optimism” level, while GDXJ fund flows have pulled below that area of excessive optimism.  Regardless, fund flows into both funds clearly reversed from negative to strongly positive in the past month.  It will be interesting to see if the mining shares need to take a breather and consolidate their massive gains or whether or not the advance continues (see both charts below). 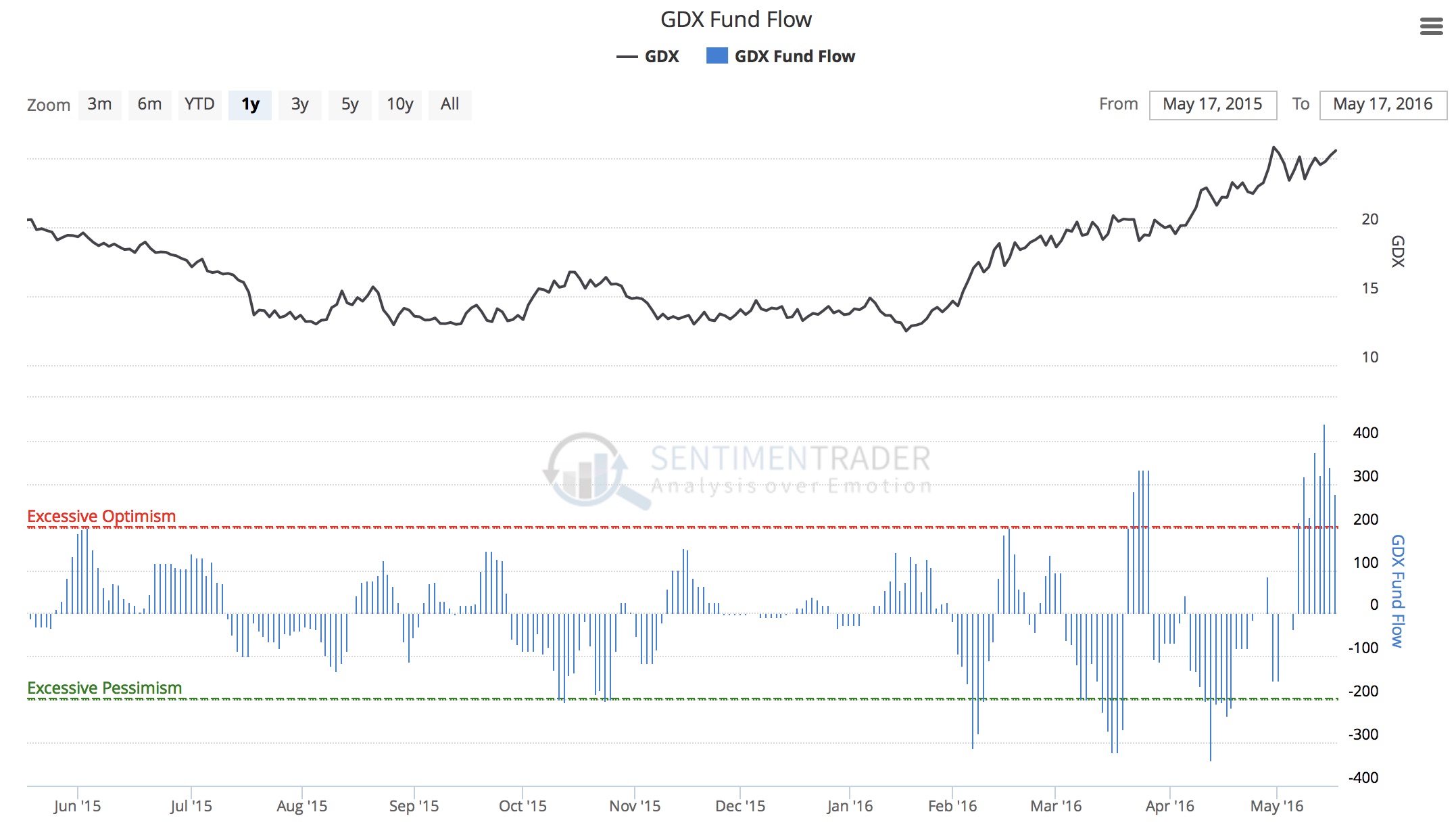 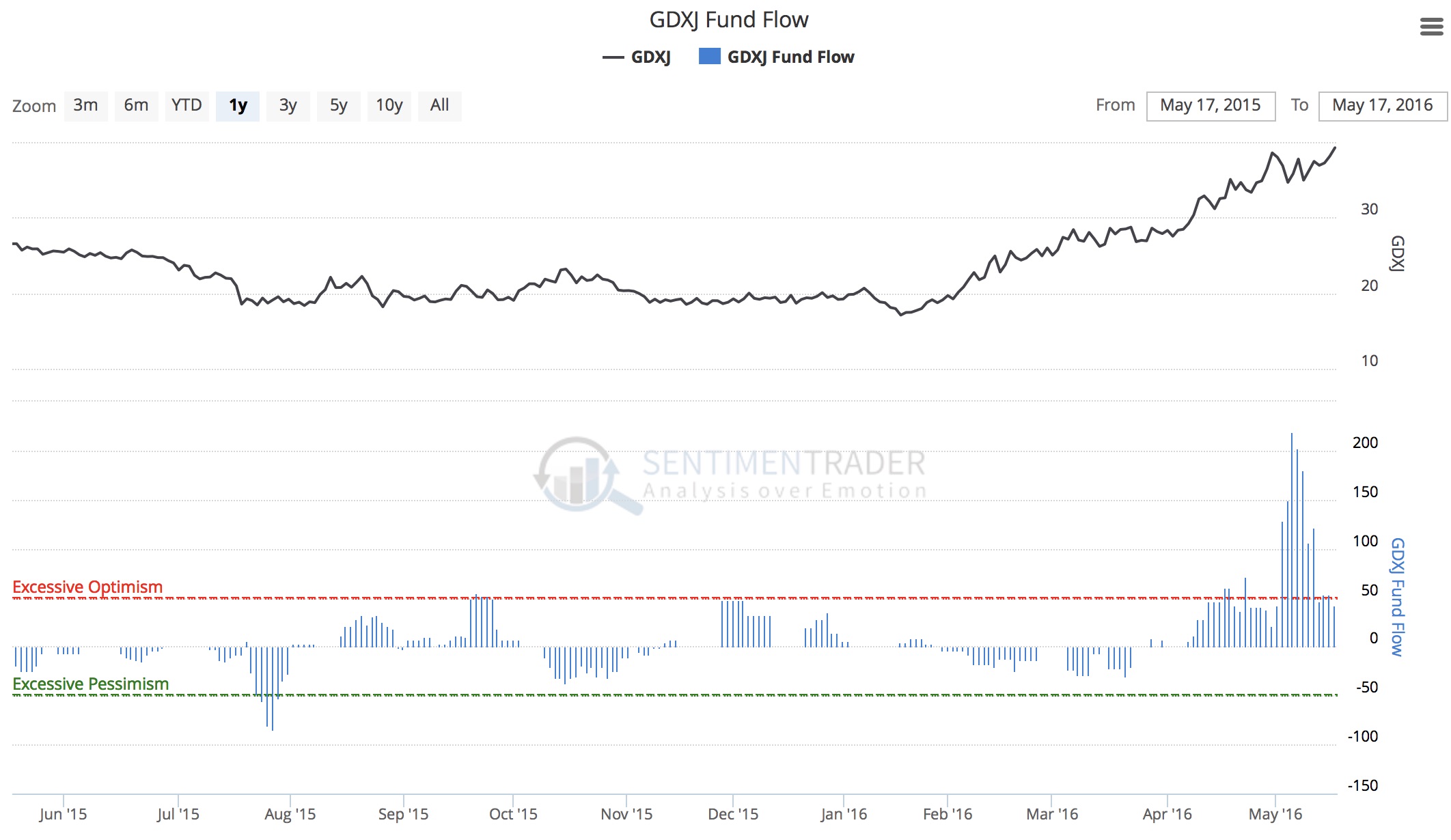