With continued volatility in global markets, today one of the top economists in the world sent King World News an incredibly powerful piece warning about global fiscal and monetary madness, economic chaos and the first worldwide inflationary depression.  Below is the fantastic piece from Michael Pento.

Last week China’s central bank (the PBOC) cut borrowing costs for the sixth time in a year and eased the reserve requirement ratio (RRR) for the third time this year, in a desperate attempt to achieve the prescribed growth target of 7% off the back of ever-increasing credit issuance. The PBOC lowered the one-year benchmark bank lending rate by 25 basis points to 4.35%, the one-year benchmark deposit rate was also lowered by 25 basis points to 1.5%…

In addition to this, the RRR was cut by 50 basis points for all banks, bringing the ratio to 17.5% for the biggest lenders, while banks that lend to small companies and agricultural firms received an additional 50-basis-point reduction to their RRR.

This latest round of easing followed a report showing that despite a surprise devaluation of the yuan in August, economic growth in the third quarter was the slowest in six years. Goldman Sachs Group Inc. estimates the easing will release 600 to 700 billion yuan ($94 billion to $110 billion) into the financial system, keeping borrowing costs at the regime’s all-time low.

These destabilizing moves come on the heels of a steep stock market decline in August and concerns that Communist China’s growth fairy tale has come to an unhappy end. Here are some troubling economic statistics about China’s growth aggregated by Zero Hedge:

Yet despite data points that indicate a significant slowdown in growth, China alleges it had a 6.9% growth rate in the 3rd quarter. Unfortunately, fantasy GDP numbers don’t feed the masses or calm social unrest. Recent actions from Beijing clearly indicate China is more concerned about avoiding a recession than it is about raising GDP growth above its supposed current 6.9%.

But here’s a news flash for the Communist nation and all other global fiscal and monetary planners: Money printing and government deficit spending doesn’t lead to viable economic growth.

For years China bought into to the popular Keynesian myth that mindless government spending spawns sustainable long-term growth. In order to fabricate a consumer class to rival the United States, the government built cities, bridges and airports with no viable productive value. Unfortunately, they are now reaping the downside of investing in non-productive assets. When the feckless spending ends, you are left with non-productive assets but still stuck with the debt that was used to erect them. 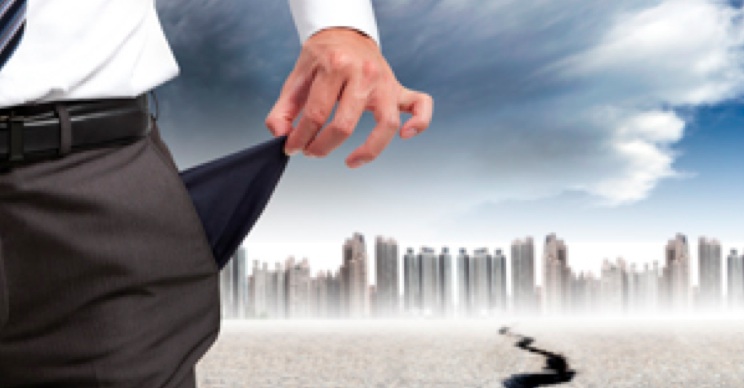 But this misallocation of capital has not only left empty cities, but empty pockets as well. Many of the loans used to finance idle construction will never get repaid, yet these banks continue to roll over these loans in the same manner as Japan’s 1990’s Zombie banks.

Most importantly, what the PBOC, ECB, BOJ, Fed, et al, all fail to understand is that cutting the cost of money and flooding the banking system with credit only leads to the piling up of excess reserves on central bank balance sheets. The point here is that lowering interest rates and cutting the cash-to-deposit ratio doesn’t lead to a huge increase in consumer borrowing, when the private sector of the economy is already debt-disabled. And even if governments were able to increase the money supply and the rate of inflation, it would only lead to more capital imbalances and the further evisceration of the middle class—not viable growth.

The economies of the developed world have been living under the fantasy that if you can shove more credit upon debt-disabled consumers, the economy will be saved from slow growth and deflation. Increasing the purchasing power of consumers is actually essential for true economic healing to occur, but that is anathema to those that currently hold sway.

Since the government mandated inflation and growth goals have not been achieved after seven years of unprecedented efforts, I believe central banks will soon resort to completely circumnavigating the banking system and force credit onto the public sector. But that still won’t lead to economic nirvana…instead it will ensure that the economy will suffer through its first worldwide inflationary depression. ***KWN has now released the extraordinary audio interview with Dr, Stephen Leeb, where he discusses the gold and silver markets, what surprises to expect from China, global markets and more and you can listen to the interview by CLICKING HERE OR THE IMAGE BELOW.