With the U.S. dollar continuing to struggle, today the top trends forecaster in the world issued a trend forecast for gold as the global economy falters.

Gerald Celente:  For several days, gold prices fell on hawkish comments from a number of regional Federal Reserve Bank presidents signaling support for an interest-rate rise, pointing to a possible increase at the upcoming Federal Open Market Committee meeting in late April. They reasoned, as has President Obama and the establishment business media, that anyone questioning the strength of the US economy was “peddling fiction,” and that a Fed rate hike, the second since 2006, was in order…

Gerald Celente continues:  Subsequently, a strong dollar and higher interest rates were bearish news for gold since the great criticism from the financial world has long been that gold yields no interest. Thus, with US interest rates expected to rise, it was more profitable to be in dollars than gold.

Speaking at the Economic Club of New York Tuesday, Federal Reserve Chairwoman Janet Yellen not only tamped down expectations for a rate rise in April, but whether, in fact, there will be any interest-rate increase for the rest of the year. Indeed, when the Fed ended the zero interest-rate policy it had in place since 2008 when it raised rates just 25 basis points in December 2015, it left The Street with the impression that four more rate hikes would follow throughout the new year.

However, citing concerns of a slowing Chinese economy, emerging market instability, turbulent equity markets and falling commodity prices, the Fed chairwoman cautioned that a stronger dollar would worsen conditions while further depressing US exports and damaging the manufacturing sector.

The longer Yellen spoke, the higher gold prices spiked and the lower the odds for the long-awaited normalization of interest-rate policy to be implemented. The Dow, down over 100 points in early trading, closed up nearly 100 while the iShares MSCI Emerging Markets ETF jumped 1 percent on the relief of a strong dollar further battering their already depressed currencies and economies.

Following the facts, the fundamentals of the economy are not sound. Corporate profits in the US for 2015 fell 5.1 percent, the largest drop since 2008. Worldwide, after falling $23.1 billion in the third quarter, profits declined $6.5 billion in the last quarter of 2015. In the US, where some two-thirds of GDP is consumer-driven, consumer spending in February increased only 0.1 percent while January’s was revised down from a 0.5 percent gain to 0.1 percent.

And with existing home sales down 7.1 percent in February, Yellen’s stated concern Tuesday that the housing sector needed to make a larger contribution to US output was evidenced in the weak numbers. 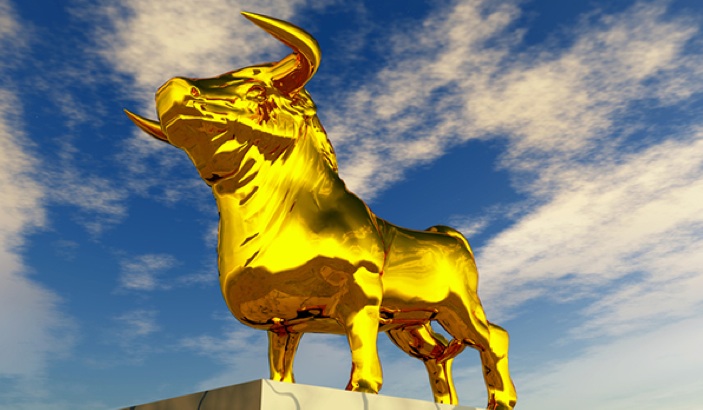 Trend Forecast:
Considering the Fed’s dovish economic view and major central-bank policies in general for more fiat money printing, quantitative-easing schemes and negative/low interest-rate policies that will serve to debase currencies and are anathema to true market-price discovery, we remain bullish on gold. We maintain our forecast that gold must remain steadily above $1,200 to reach its next breakout point, $1,400. Once stabilized above $1,400, we project a $2,000 range.

Inflation Still Worse Than The 1970s, Plus A Look At The Housing Market