Today a 40-year market veteran sent King World News an incredibly important piece that exposes global governments and their treacherous plan to steal people's money.  This piece exclusively for KWN also cautions readers around the world to expect a wild and dangerous ride in the coming year.

December 29 (King World News) – In mid-December, the U.S. Treasury finalized the rules for what looks like a fairly innocuous addition to the retirement plan menu, the so-called “myRA”. We say “finalized” with a wink as we all know that what has been promulgated is simply the proverbial camel nose under the tent. It looks benign and even positive, but the program clearly has the agenda of redirecting the retirement savings away from the current IRAs and other plans enjoyed as the primary savings vehicle for most Americans.

The target has to be the near $20 trillion of retirement assets in the United States. The final incarnation of this retirement model will most likely be adopted globally by other governments, so those living outside of the U.S. should pay heed as well…. 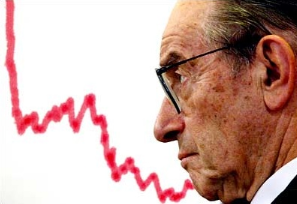 However, the money was not saved for a later date, but simply spent within the context of the general budget. Since the 1970s, the Social Security payments and receipts had been consolidated with the general budget. The purpose was to come up with additional funds to support the war in Vietnam and the mushrooming Great Society programs — the “Guns and Butter” policy.

Greenspan assured the Country and his colleagues that only very adverse economic events could impact the soundness of the Program once the reforms were implemented. A mere 15 years after making such assurances and despite strong economic growth, Greenspan concluded that the Social Security System was not viable once the Baby Boomers began to retire. There never was any saving up for a rainy day. It was the age old pattern of tax and spend which is built into the DNA of politicians and political institutions.

The myRA regulations proposed by the Treasury call for participants to invest in a “non-marketable, electronic savings bond,” only available to participants in the myRA program. The bond pays virtually no income and is completely illiquid. The program is being billed as “no cost to the employer” and a “no-fee option” for the employee.

One of the odd features is that there is a lifetime cap of $15,000. If the balance exceeds that, the account has to be moved to another retirement plan. We can be assured that the cap will be removed once the program is universally adopted. The government needs the money. What could be better…a perpetual loan at no interest? It is also likely that the accounts will not be capable of being inherited like existing IRAs. The balance would just disappear at death.

We can understand the no-fee attribute, but all wage earners and employers should be afraid. The intention of the program will no doubt be to replace the existing array of retirement options, perhaps even forcing retirees down the road to convert existing accumulations into the program. This new model will be served up as being a favor and a benefit. In truth, it will be just another looting.

For a bankrupt government with obligations too massive to pay, the pool of nearly $20 trillion of retirement savings is too juicy not to make a run at it. As we have seen with health care, the elites believe that the average citizen is too stupid to make the right choices for their families. The same will be true on the path to retirement confiscations because only the governments and their crony financial institutions will be allowed to make the investment decisions. This control will serve to facilitate the theft, and you can be assured other global governments will follow the U.S. model of confiscation.

Today's Markets Plus A Wild & Dangerous 2015

If we turn our focus to the investment markets, they were mixed last week. The popular stock market indexes continue to push toward new highs after harrowing declines in the prior month. Energy related issues act like investors are betting that the decline in the price of oil is going to be short-term, even though the price of the commodity continues to be punished any time there appears to be a breakout. Too much political capital has been invested in crushing the price of oil down from triple digits to allow a rebound this soon.

But it feels as if there might be a sea change at hand in the gold market. Despite a rising dollar, gold has a positive bias to it. With year-end tax loss selling in progress, it is too early to know the trends for January, but there are hopeful signs that the metals, miners and energy will have a very strong 2015. Regardless, people should fasten their seat belts because 2015 promises to be a very wild and dangerous ride from both an investing and geopolitical perspective.

This Is Why Markets Could Become Unhinged At Any Moment