Today the man who has become legendary for his predictions on QE, historic moves in currencies, and major global events warned King World News that all hell is about to break loose as the world hurtles into chaos and unprecedented fear.

"You're on a roll, kid.  Enjoy it while it lasts because it never does."  Lou Mannheim (Wall Street)

Egon von Greyerz:  “For a hundred years now there has been very little skill required in investing.  Investors, including asset managers and bankers have been traveling on a rocket, which has gone straight up for the last century….

“They didn’t need any knowledge or expertise whatsoever because all that was needed was to get on board.  The fuel was provided by banks and central banks, led by the Federal Reserve.

The bankers knew from their mentor, Meyer Amschel Rothschild, that if they had control of a nation’s money they didn’t have to worry about the laws.  So they created fractional reserve banking, which in effect meant that they could expand the banks’ balance sheet infinitely, with very little capital.

This fractional reserve banking involved creating money out of thin air and it was and continues to be highly inflationary because it involves leverage of 20 – 50 times.  Thus, when hard earned money was deposited in a bank, bankers could print at least 10 times that deposit and then invest or lend it out for their own benefit.

This means that the depositor or saver already lost a major part of his money the day it was deposited since at least 10 times more money was created out of thin air.  But as the bankers found out that their on-balance sheet lending was somewhat restricted, they created off-balance sheet derivatives and investment vehicles.

The $200 Trillion And $1.5 Quadrillion Problems

This is how the world debt grew from virtually zero 100 years ago to $200 trillion today.  And derivatives went from nothing to $1.5 quadrillion.  Central banks also added fuel to the rocket by printing tens of trillions of dollars.

All of this has created the most incredible journey for investors, a journey that has been exponential in its trajectory.  So investing has been easy if people just jumped on the rocket because they can’t lose money.  Endless credit creation and money printing has seen to that.

A privileged few have become immorally rich and many more have made a lot of money.  There is just one little dilemma — on the other side of the asset bubble balance sheet there is a debt of $200 trillion that can never be repaid and is barely serviceable at zero percent interest rates.

The End Of The 100 Year Bonanza

Eric, we are now at the end of this 100-year-old bonanza, but the sad thing is that the world doesn’t think it can end.  In my working life I’ve experienced downturns in the economy and markets a few times — 1973, 1987, 2000 and 2008 stand out.  At the time they seemed scary but investors have now learned that any correction is always temporary, so it is always right to be long both stocks and property.

So in the finance sector massive wealth has been created, not based on skill but on money creation.  Imagine if some of that capital and talent had gone into the real world and created real businesses and real products.  Instead of the biggest asset bubble in history we would have had a better world where real work, invention and entrepreneurship would have been rewarded. 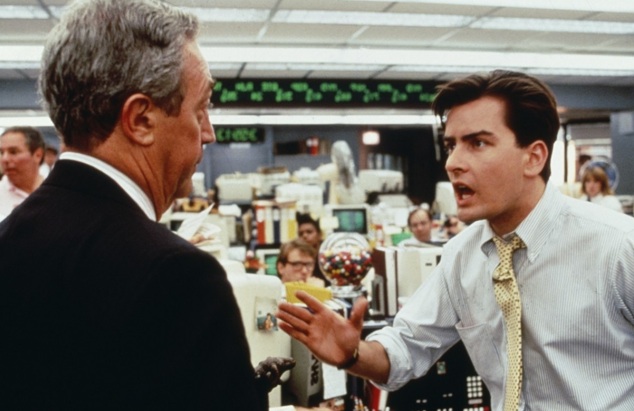 All Hell Is About To Break Loose, Triggering Unprecedented Worldwide Fear

Eric, I fear that this coming September – October all hell will break loose in the world economy and markets.  A lot of factors point to that, both fundamental and technical indicators and this indicates that we could have a number of shocks this autumn.

Sadly, most investors will hold stocks, bonds and property and will see any decline in value as an opportunity.  It will be a long time and a very big fall before they realize that the system will not help them this time because the central bankers have run out of ammunition to save the global financial system one more time.  Yes, we will see more massive money printing, but it will just make things worse.  And at some stage, which could be quite soon, real fear will set in, a fear of a magnitude the world has not experienced before.

What’s now happening with the yuan will spread to country after country, with an accelerated devaluation of all currencies in their race to the bottom as they try to gain a competitive advantage.  This will result in the destruction of all paper currencies.

The collapsing currencies with all the money printing will turn the current deflationary phase into a hyperinflation.  But even during the hyperinflation we will see a deflationary collapse of all bubble assets such as stocks, property and bonds.

This is why investors must be protected against the unprecedented risks, which are of nuclear proportions.  It’s therefore a must to hold physical gold and maybe some silver outside of the banking system as insurance against these risks.

We could see global stock markets fall 25 percent or more this autumn as the price of gold soars above $1,500, on its way to making new all-time highs.  And silver could explode to $30 or $40, or even above $50.  But even these levels, whenever they are reached, are just the first phase because gold and silver will reach multiples of the old highs in the next 5 years or so.” ***KWN has now released the incredible audio interview with 50-year veteran Art Cashin, where he discusses why the worldwide liquidation scramble could morph into a full-blown 2008-style collapse, the chaos in China, global stock markets, commodity markets, whether the U.S. stock market has finally put in a major top and much more, and you can listen to it by CLICKING HERE OR ON THE IMAGE BELOW.

GOLD: Riding The Parabola! Plus 2nd Phase Of Gold Bull Run And Silver Set To Skyrocket