As the monetary madness continues, look at the powerful piece below. 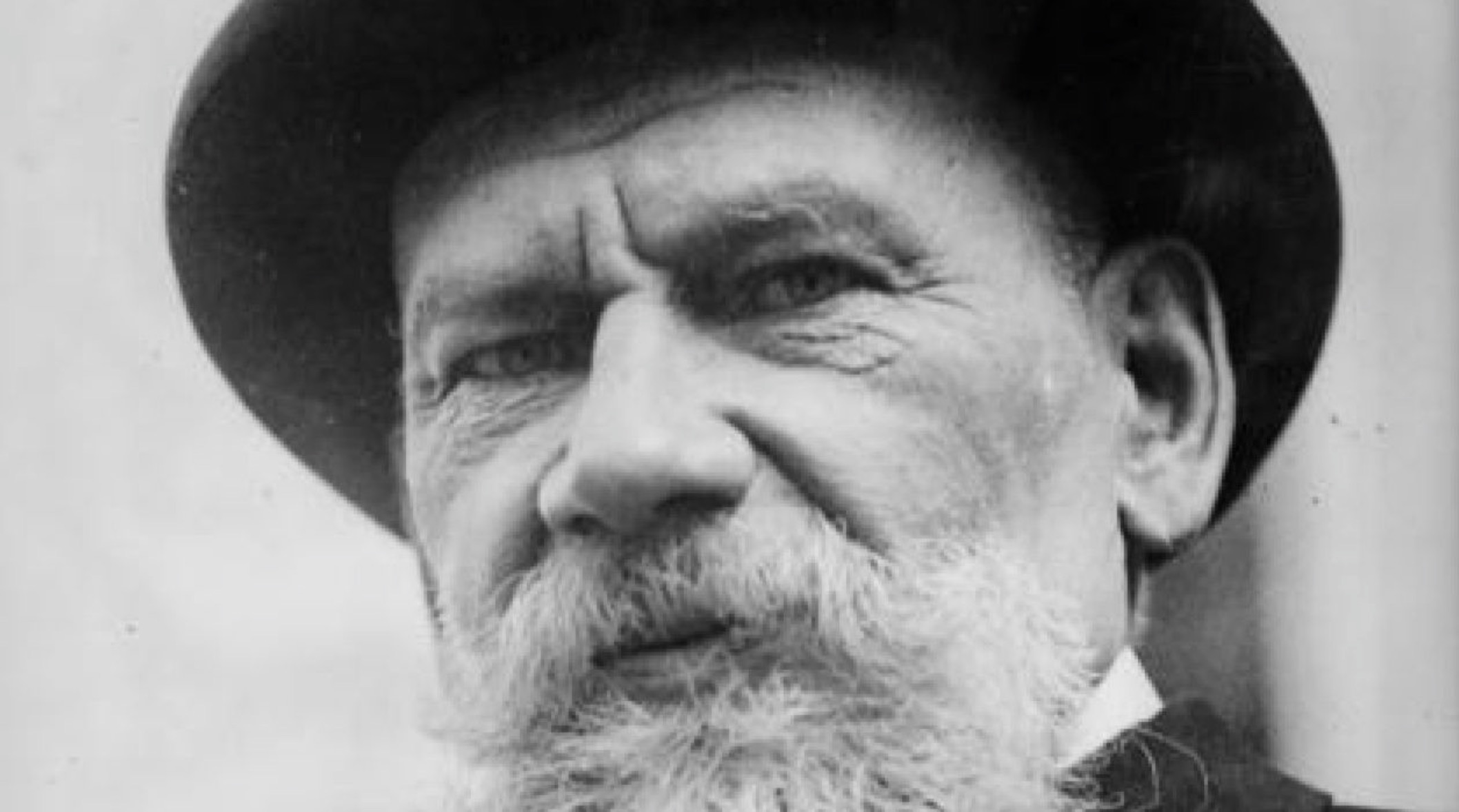 “The two most powerful warriors are patience and time.” — Leo Tolstoy

The following chart shows the “world gold price.” Instead of using US Dollar or Euro terms, it expresses the gold price in terms of the trade-weighted exchange rate of the US dollar. If one compares the world gold price to the USD gold price, one can see that there has been a growing divergence between the two since 2014. This was primarily due to increasing confidence in the US economy’s recovery and the associated rate hike fantasies, which boosted the US dollar.

A Look At The Remarkable ‘World Gold Price’ Uptrend 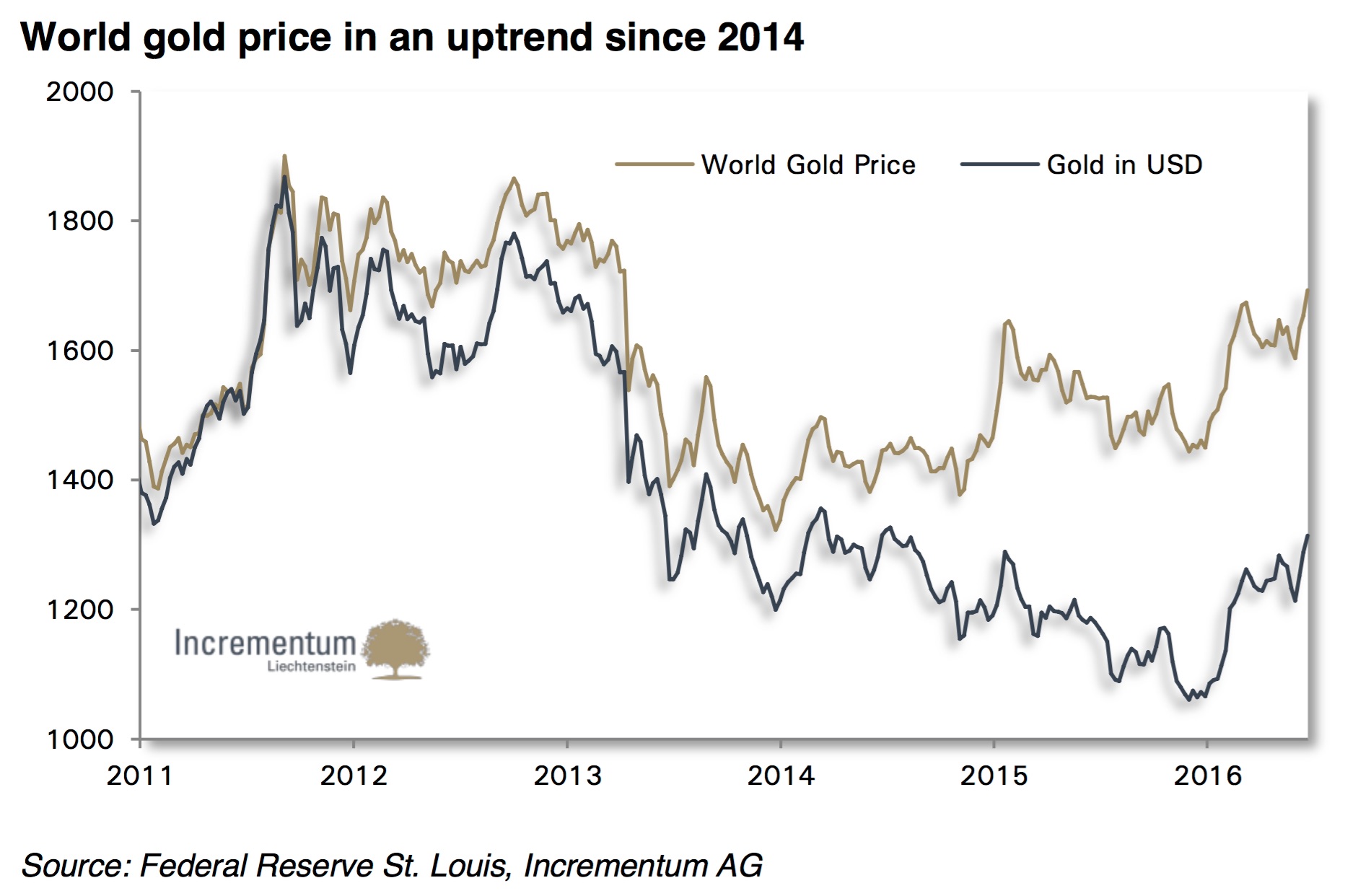 A comparison with past bull markets is interesting as well. In our previous studies we have compared the recent correction with the mid-cycle correction between 1974 and 1976…

The similarities between the two periods are in particular pronounced disinflation, rising real interest rates and extremely high pessimism with respect to the future trend of the gold price. If one compares the price trends of the two time periods, it can be seen that the bear market since 2011 had roughly the same structure and depth as the 1974-1976 mid-cycle correction (they differ in terms of duration though). 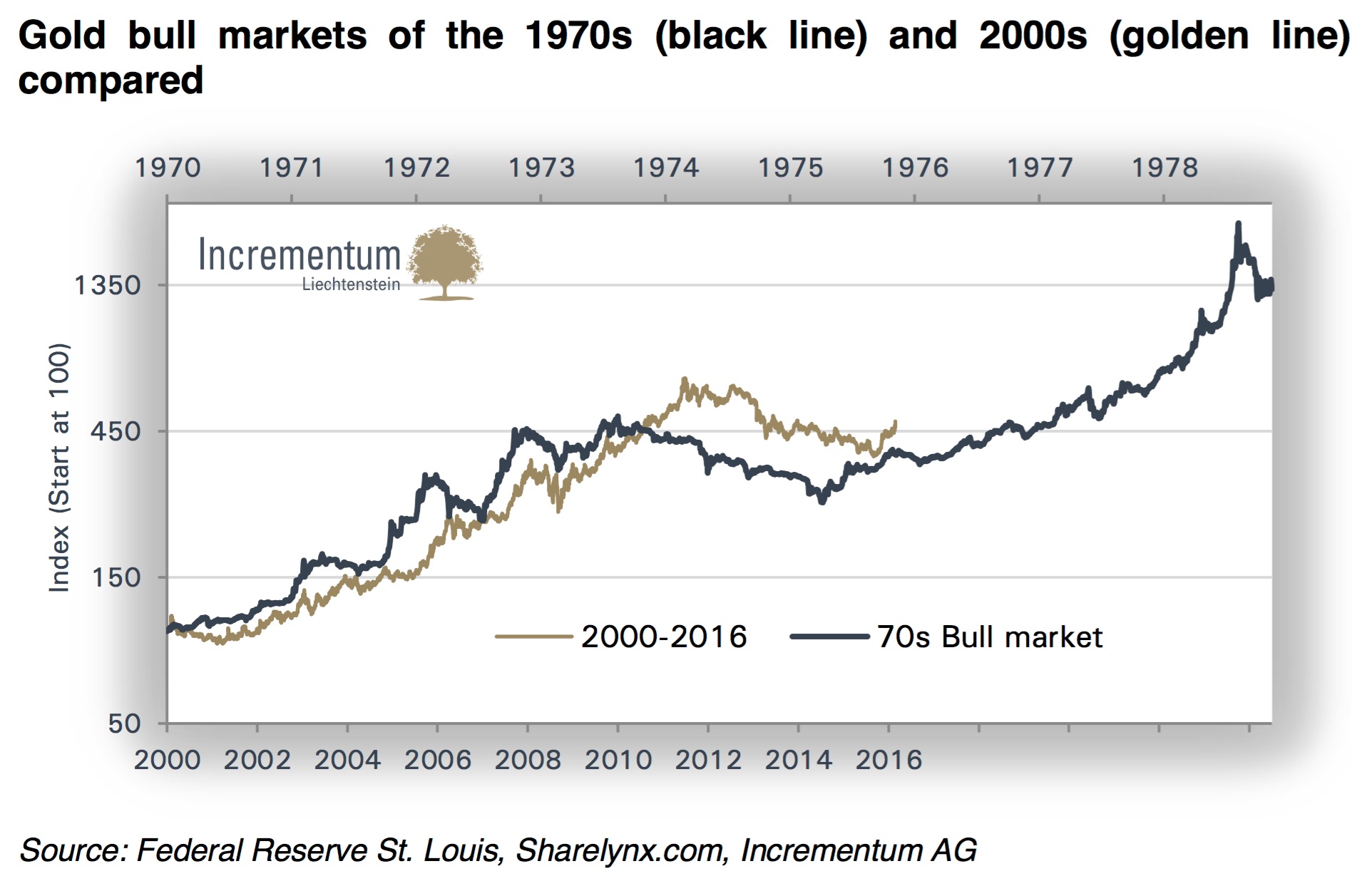 If one compares this idealized sentiment cycle to the gold price chart (360-day moving average), one can see that the point of maximum frustration was very likely reached last year – in last year’s gold report we were speaking of the market as a “pain maximizer” in this context. 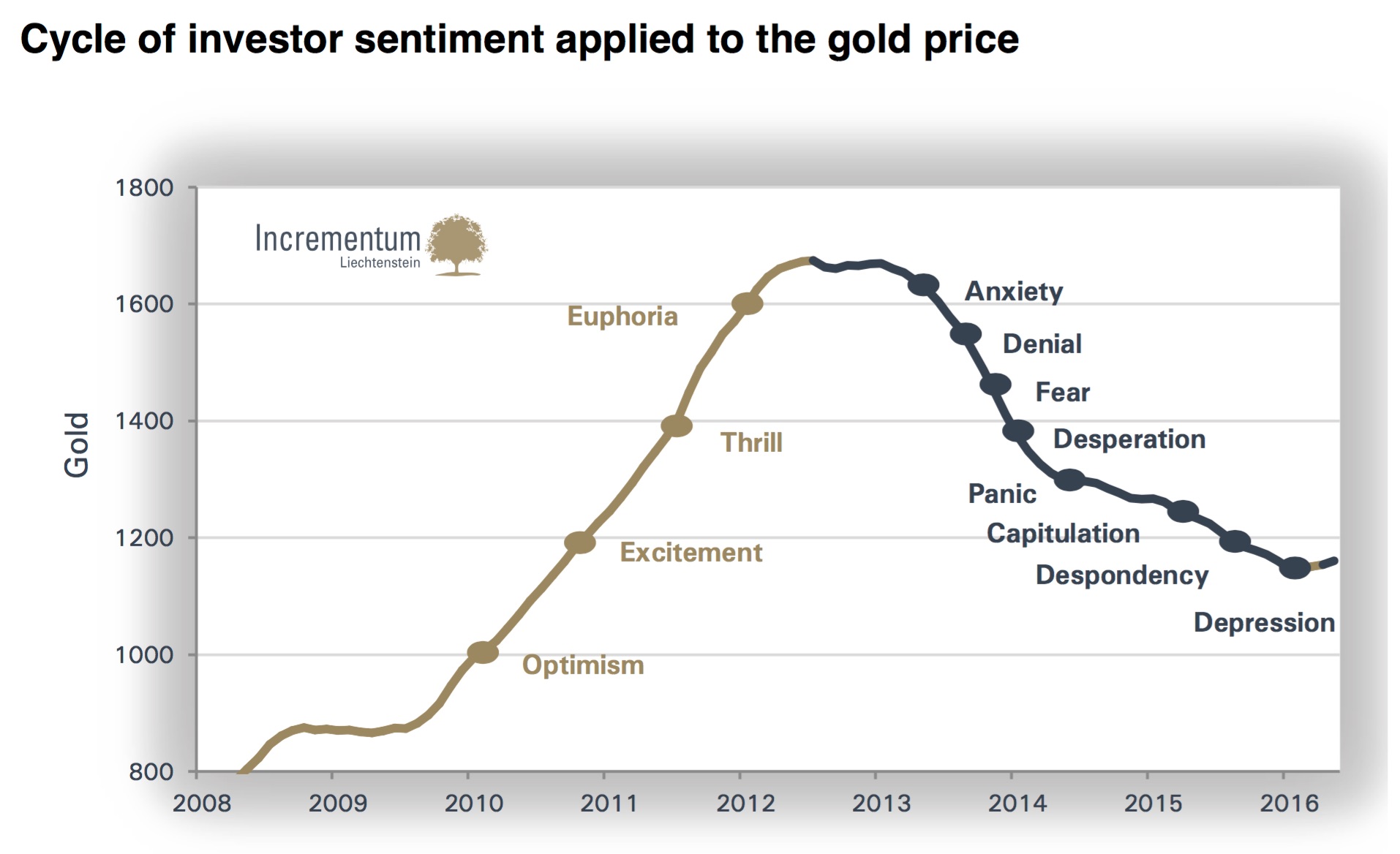 Conclusion:
Numerous technical and sentiment indicators are suggesting that the gold price has gone through a traditional cycle which culminated in a selling panic and a peak in pessimism last year. (And despite the recent pullback), it appears as though a new bull market cycle has now begun.

King World News note:  What the above chart is not showing is that the cycle will repeat by going through the (bullish) stages of ‘Optimism,’ ‘Excitement,’ ‘Thrill,’ and eventually ‘Euphoria.’  In fact, here is an important quote from multi-billionaire Paul Tudor Jones because it applies to the coming mania in the gold market:

“There is no training, classroom or otherwise, that can prepare for trading the last third of a move, whether it’s the end of a bull market or the end of a bear market.” — Paul Tudor Jones

‘One For The Ages’
King World News note:  For anyone looking for a roadmap, take a second look at the chart Stoferle included showing the overlay of today’s bull market in gold vs the 1970s.  Just keep in mind that conditions are far worse today than they were in the 1970s, so the coming mania in the gold market should be one for the ages.

***ALSO RELEASED: Before It Is Over This Decline Will Engulf Every Country On The Planet CLICK HERE.