Today legend Pierre Lassonde told King World News that this global collapse is like 100 black swans all at once.

This Global Collapse Is Like 100 Black Swans All At Once
April 20 (King World News) – Pierre Lassonde, legendary billionaire investor, philanthropist and company builder:  “Eric, it is quite unbelievable what’s happening. Think of the world we live in with negative interest rates, the Coronavirus and the lockdown of America and other countries, and trillions of dollars being printed.  It’s not like one black swan, it’s like 100 of them all at once.

Think about the oil business being completely devastated, and when you add the coronavirus on top of that, there’s another black swan. And with negative interest rates, where are retirees going to get their income from?  I’ve been on  this earth for 73 years and I’ve never seen anything like this before.  But that is what black swans are all about.  It’s not that they are unpredictable, they are out there, but when they show up that is when you can finally see the enormous damage they cause.

I think the market is way too optimistic in terms of getting out of this.  The damage being done to small- and medium-sized businesses, which accounts for 70-75% of all jobs, is devastating and they are going to suffer the most.  Eric, I have talked to people in the airline industry and they can see thousands of planes parked.  The problem is that the plane is the tip of the iceberg of the entire economy. If the planes are not flying, there are no hotels booked, so there are no cars being rented, there are no restaurant reservations, and on and on, and you are not going to put 4,000 planes back up in the air tomorrow morning.  Are you really that anxious to get on a plane with a bunch of people and breathe the same air for 8 hours?  This will ripple through the whole chain, and we still don’t have a solution to this issue…

Arts and culture is also being devastated, Eric.  All of the revenues have collapsed to zero.  So 200 people in one pocket doing live performances are gone.  And those jobs may be gone forever.  That’s what the economists are missing.

Job Losses Will Become Even More Devastating
And this war on Covid-19 will have a much more lasting impact.  War is the mother of necessity and it speeds up the adoption of technology and the adoption of technology has been fierce, especially when you look at companies like Netflix.  But these companies that have all of these jobs will look at their workforces and cut jobs because 20% of the people do 80% of the work.  So job losses will become even more devastating.  People have no idea how bad this depression is right now and what the future really holds.

Look at groceries being delivered.  When this is over, will people go back to grocery stores?  A great many will not.  So this is changing the world.  There is not a prayer in hell that things are going back to normal. The damage is so deep and will last way longer than anybody thinks.  So then you start to think, well, what will people do this summer?  They have already been laid off for a month of two, so will they take a holiday?  Probably not.  So restaurants cannot survive this.  Can they survive without customers for a year? 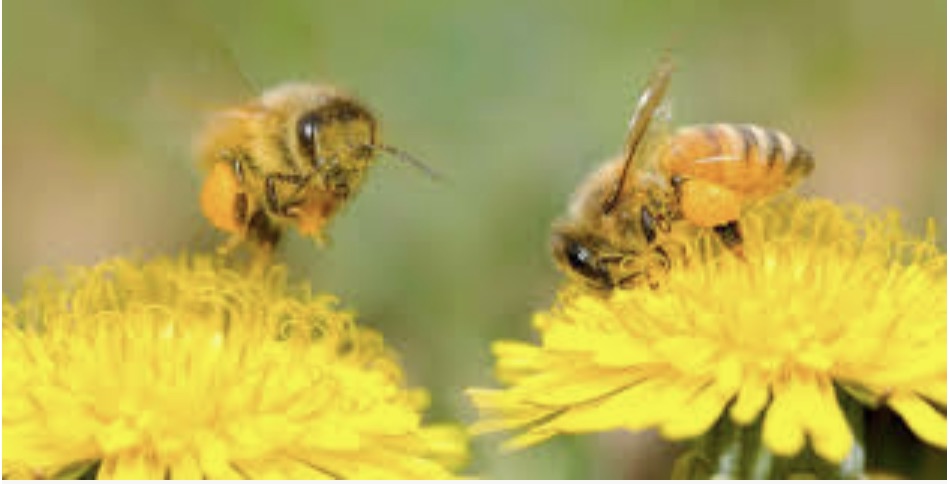 What About The Bees?
Also, Eric, bees are used for pollination for all of the crops.  In fact, over a third of crops are pollinated by bees, but because of Covid-19 they can’t move the bees properly in this environment.  So one third of the crops are impacted by bees, but if they are not there the crops will be a fraction of what they used to be.  What’s going to happen to the food supply?  If the crops are going to be reduced by one third, again, what do you think is going to happen to food prices?  And this is not just in the US, Eric, it’s in Europe as well.  So thing are not just going to go back to normal.

But look at the problems that just the United States faces because the 50 US states are going to have a $50 billion hole that they can’t fill because of collapsing revenue.  So the US debt is going to go a hell of a lot higher.  What will the US do?  They will print more money and suppress interest rates.  But at some point we go even deeper into a depression.

And it’s the same all over the world.  California taxes, they are already at 50%.  Anything above that level is confiscation.  In Ontario and Quebec we are at 52% taxes, so there is nowhere to go.  They can’t raise taxes because the wealthy will simply leave.  When you raise income taxes, income just vanishes and tax receipts plummet.  The reason for this is because the wealthy can put their money into hard assets such as gold and art, and simply leave it there for 20 years.  So the bottom line, Eric, is that we have a very long, hard road in front of us and the world is not going to be the same as it was before this crisis hit.”

***To listen to one of Alasdair Macleod’s most important audio interviews ever where he discusses the perfect storm in the gold market and why “this time the situation is infinitely worse” CLICK HERE OR ON THE IMAGE BELOW.

Physical Panic In The Gold Market
***Also Released: Man Who Predicted The Global Collapse Just Warned It’s Going To Get Very Scary Before This Is Over CLICK HERE.