What just happened in the gold market is a big surprise.

December 4 (King World News) – London analyst Alasdair Macleod:  The Commitment of Traders figures for last Tuesday (1 December) are a surprise. I expected the Managed Money category (hedge funds) to buy gold futures on a falling dollar. Tuesday saw a $40 rise in the gold price as the dollar’s trade weighted index broke into 3-year new lows. As can be seen in the table below, they only increased their net longs by 195 contracts. This tells us they are yet to do their favoured pairs trade, which is to sell dollars and buy gold.

Interestingly, it is the Other Reported category which has gone long an extra 16,217 contracts net, now representing 50% of the “speculator” category. But as we have seen in the recent past, they are far from being speculators, with a goodly portion of them standing for delivery. Back on 24 March, just after the Fed went all in on QE, the Other Reported category went record net long, and followed up by almost breaking this Comex contract. The chart below shows their current position. 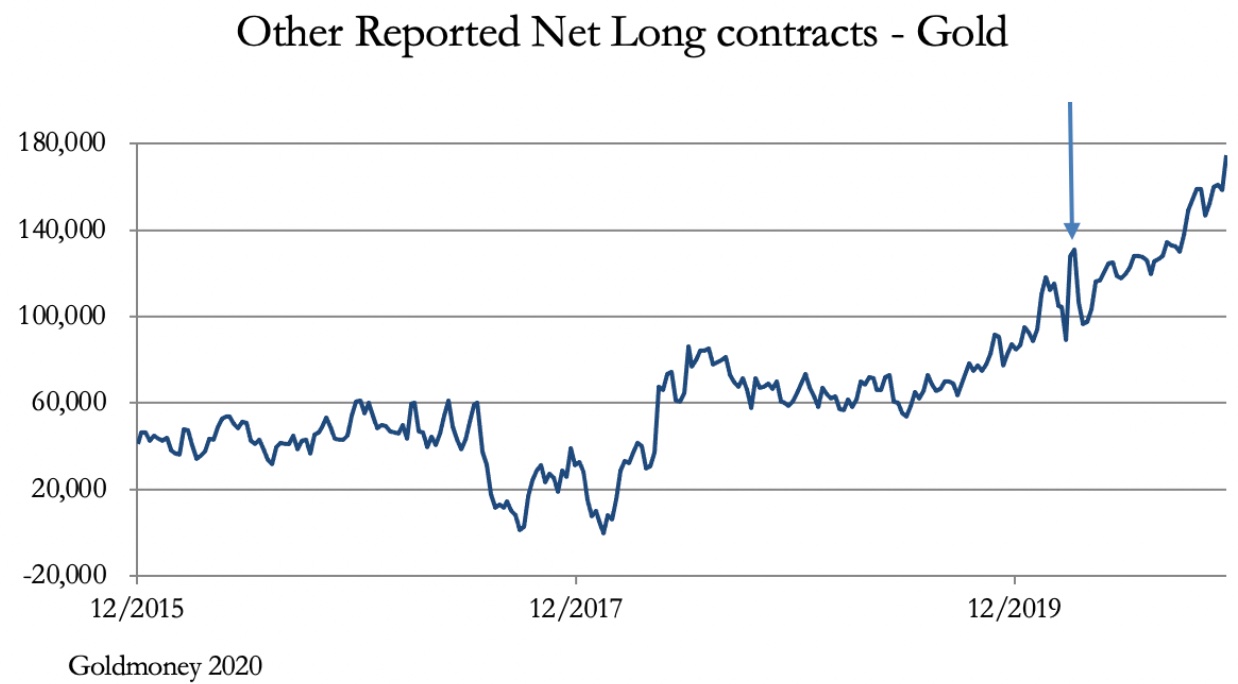 The arrow shows their net long position on 24 March. Now look at them: if they intend to take delivery of the February contract it will be a very big deal. Incidentally, the just expired December contract looks like about 90+ tonnes will be delivered to the Other Reportable category…

The Swaps (bullion bank trading desks) have managed to cut their net shorts by 3,160 contracts, but frankly, I thought they would have managed more. They are still in the hole for near record amounts, as our last chart shows. 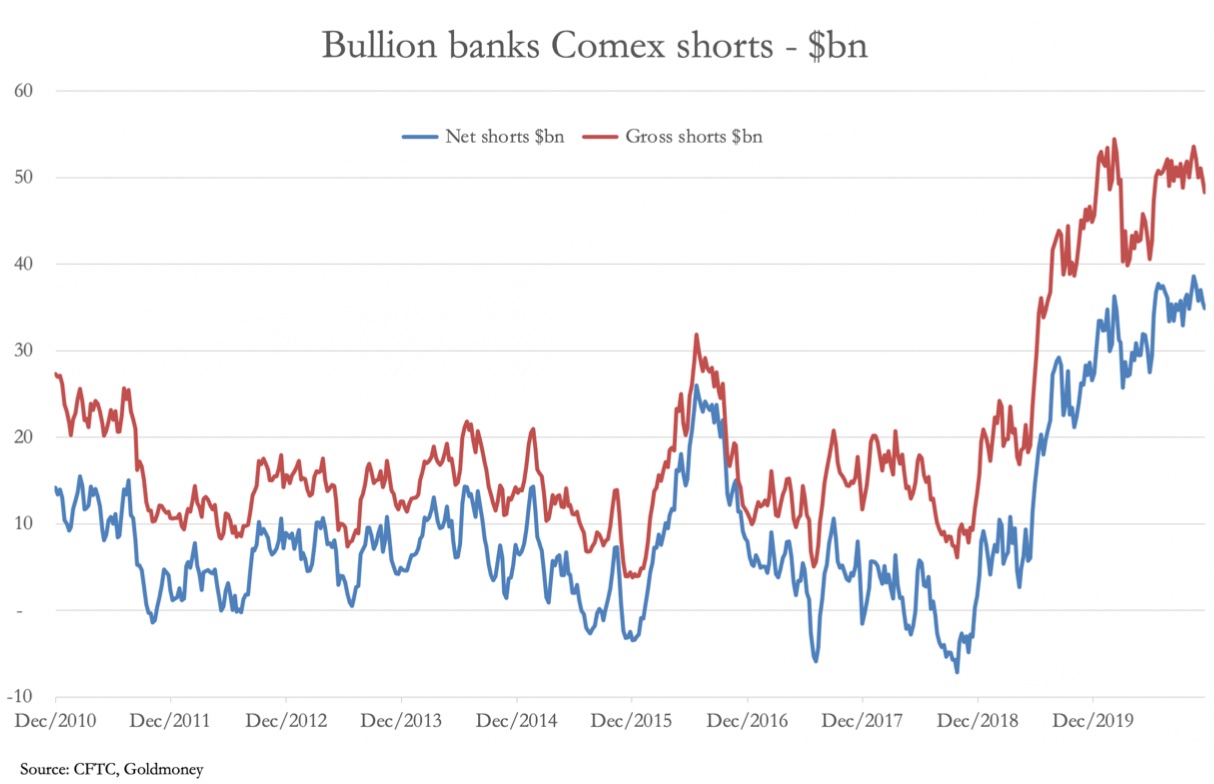 In the next few weeks, I expect the hedge funds to respond to dollar weakness by buying gold/selling USD. They have the capacity to add up to 75,000 contracts to their longs. If they do it will be very bad news for the bullion banks.

Within hours KWN will be releasing two audio interviews. Until then…

Also just released! What Is Happening With The Economy Is Stunning CLICK HERE TO READ.