With the price of gold trading near the $1,250 level after the recent takedown, was it or was it not a golden cross?

Not A Golden Cross
June 26 (King World News) – Here is a portion of today’s note from Jason Goepfert at SentimenTrader:  Just over a week ago, gold suffered a massive loss. Those types of losses tended to lead to more downside in the short-term that were then reversed over the next month. It has certainly followed through on that pattern in the short-term.

The selling has been enough to finally push the metal’s 50-day average below its 200-day average, the so-called Death Cross. This is a technical sell signal that just needs to die itself, because it’s terribly ineffective. But it has a catchy name, so it gets mentioned a lot.

Let’s look at it for gold, just in case. At least this time, it’s the first time in more than a year that the 50-day has been below the 200-day, as gold’s medium-term trend has been just enough to keep it ahead of the longer-term trend. No longer. This ends one of its longest- ever streaks with the 50-day above the 200-day.

The table below shows what happened to gold after the other long streaks finally ended. Like we see with many commodities and currencies (not so much with stocks or bonds), the downside momentum tended to continue. It wasn’t a strong signal, but there was a negative bias in the months ahead. 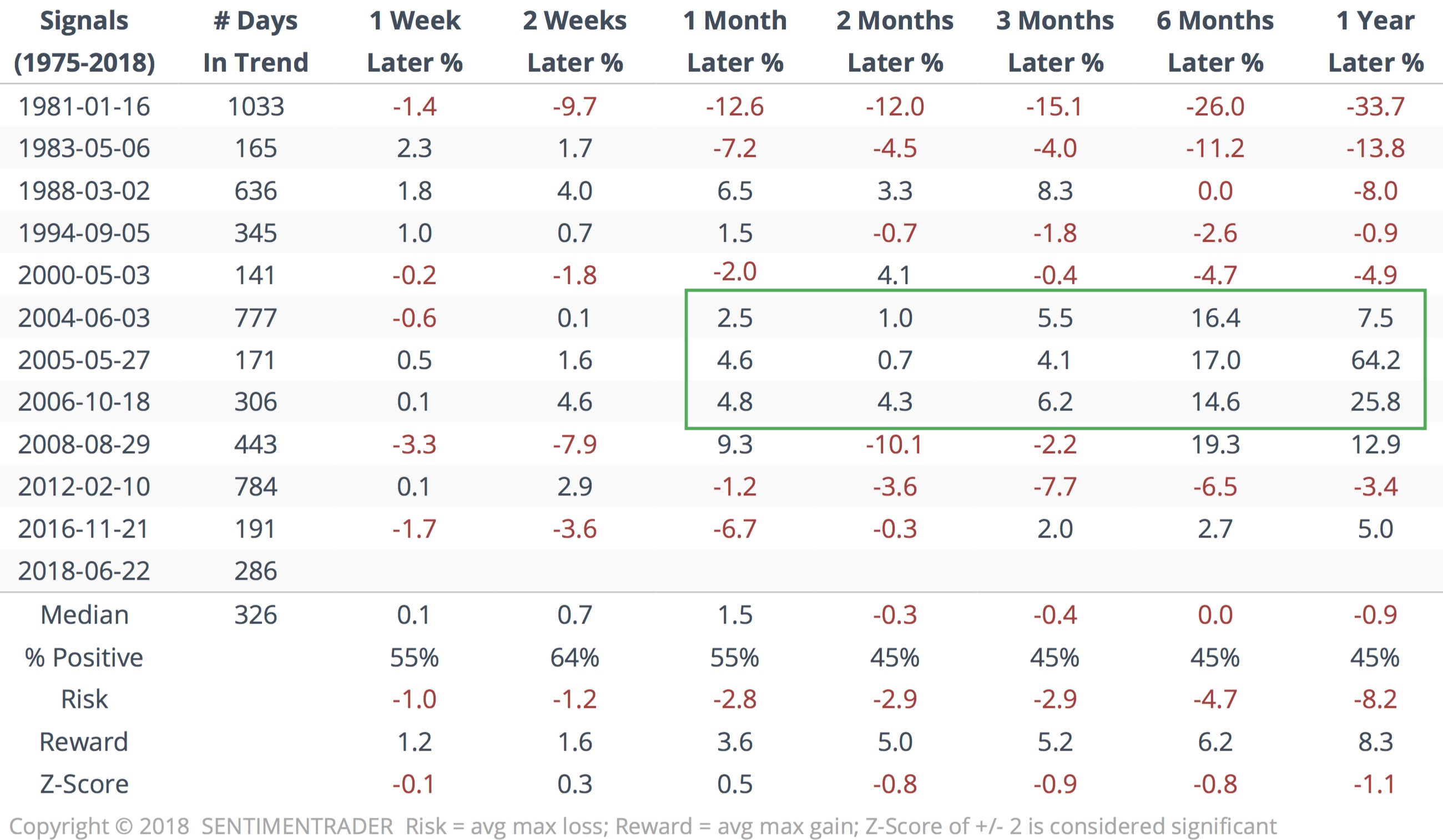 If you shorted gold on every Death Cross and covered on a Golden Cross (50-day above the 200-day), you’d have won only 37% of the time, with only 6 winners out of the last 21 trades.

ALSO JUST RELEASED: Buckle Up: Things Are About To Get Very Crazy In Global Markets CLICK HERE TO READ.

Celente – DOW PLUNGES NEARLY 1,000: Global Slowdown The Likes We Have Never Seen Before