Despite today’s rally, the situation around the globe is deteriorating.

Global Situation Continues To Deteriorates
August 16 (King World News) – Here is a portion of what Peter Boockvar wrote today as the world awaits the next round of monetary madness:  Reported last night was a rather sharp rise in foreign net selling of US Treasury notes and bonds of $48.6b in June. It is the largest one month of selling since October 2016. It brings the year to date level of buying at $20b which compares with $20b of buying in all of 2017 and outright net selling in 2016…

IMPORTANT:
To learn which company is one of the top junior gold explorers in the world CLICK HERE OR ON THE IMAGE BELOW

Peter Boockvar continues:  Back in 2011 and 2012 foreigners were buying over $400b each year. China sold notes and bonds for the 3rd month in the past 4 which takes their holdings to the lowest level since January. Japan resumed its selling after a temporary respite in May and they hold the smallest amount of longer term Treasuries since October 2011.

Foreign Holdings Of US Treasury Debt

Bottom line, foreign flows in the US Treasury market is just not what it used to be and is now no higher than it was 3 years ago.

After falling to the lowest level since March 2016 last month, the overall 6 month outlook rebounded by 10 pts. Capital spending plans though fell for a 2nd month and there has been no notable acceleration in capital spending plans in both this survey, the NY one and what was seen in the NFIB small business data. Noteworthy was the 6 month outlook for Prices Received and it rose to the highest level since July 1988. 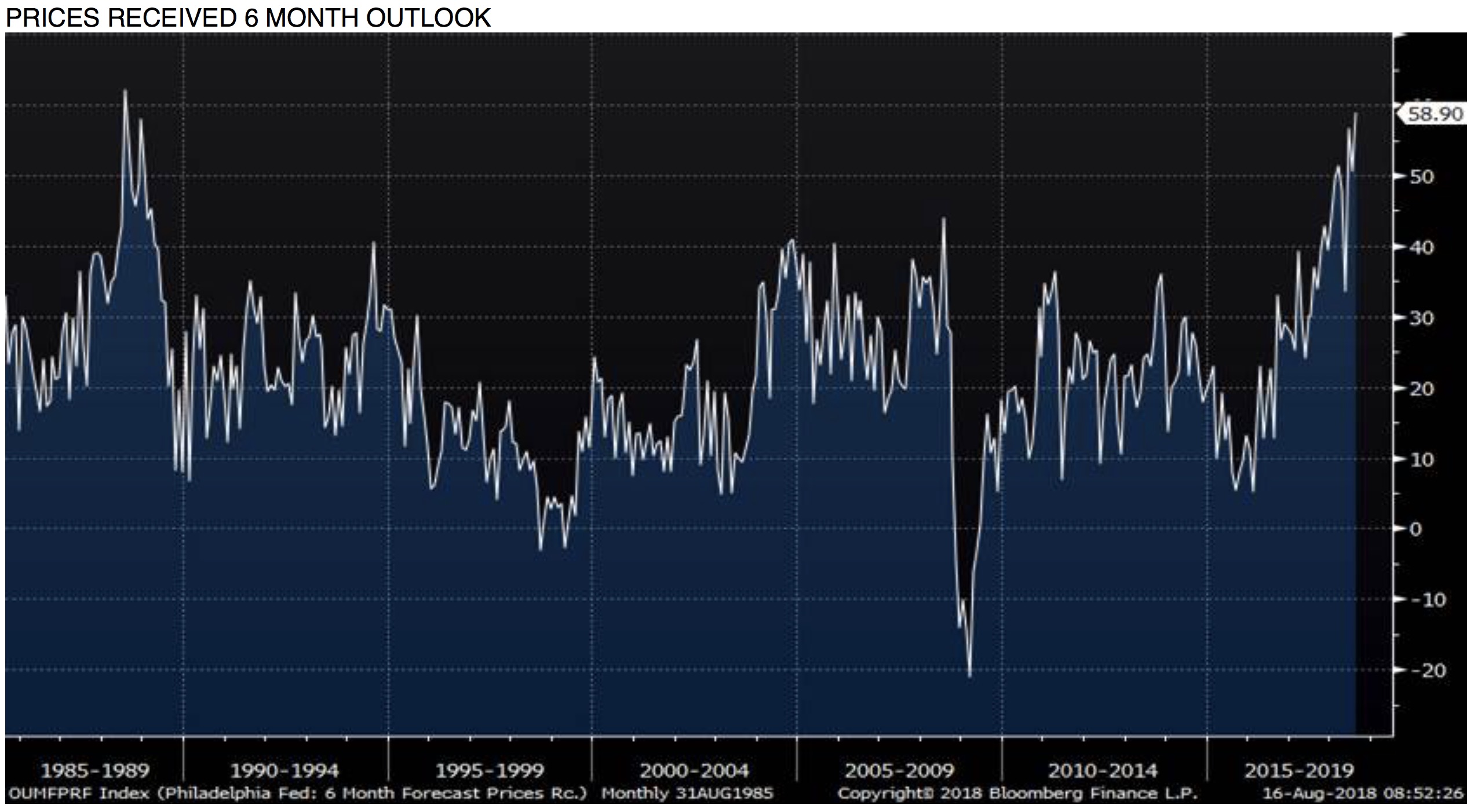 Bottom Line
Bottom line, the Philly survey was in stark contrast to the NY region. We have to be on the lookout for the implications of slowing overseas growth along with the stronger US dollar, offsetting the better performance domestically.