As we kick off the final week of trading before Christmas, today James Turk spoke with King World News about what will be one of the big keys for 2017.

James Turk:  “There is a lot of cheerleading coming from stock market bulls and the mainstream media as the Dow Jones Industrials Average (DJIA) approaches 20,000, Eric. I find it interesting though that little attention is being paid to the Dow Jones Transportation Average.

The Transports peaked earlier this month and have dropped steadily since then. In fact, even the DJIA now appears to be hesitating, which highlights its struggle to reach 20,000.

With oil prices recently making a new high for the year, the Transports received a wake-up call. Its divergence from the DJIA is suggesting that inflation next year and thereafter is going to be a bigger problem than immediately envisioned in the days following Trump’s victory…

As we briefly discussed last week, the stock market today reminds me a lot of December 1972. There are similarities with the current climb toward 20,000 and the DJIA hurdling above 1000 exactly forty-four years ago.

When the November 1972 presidential election ended, the DJIA started climbing, just like this year. The incessant cheerleading back then enabled the DJIA to finally climb above 1,000, which was something that it was not able to do just a few years earlier when the post-World War II bull market was ending late in the 1960s. 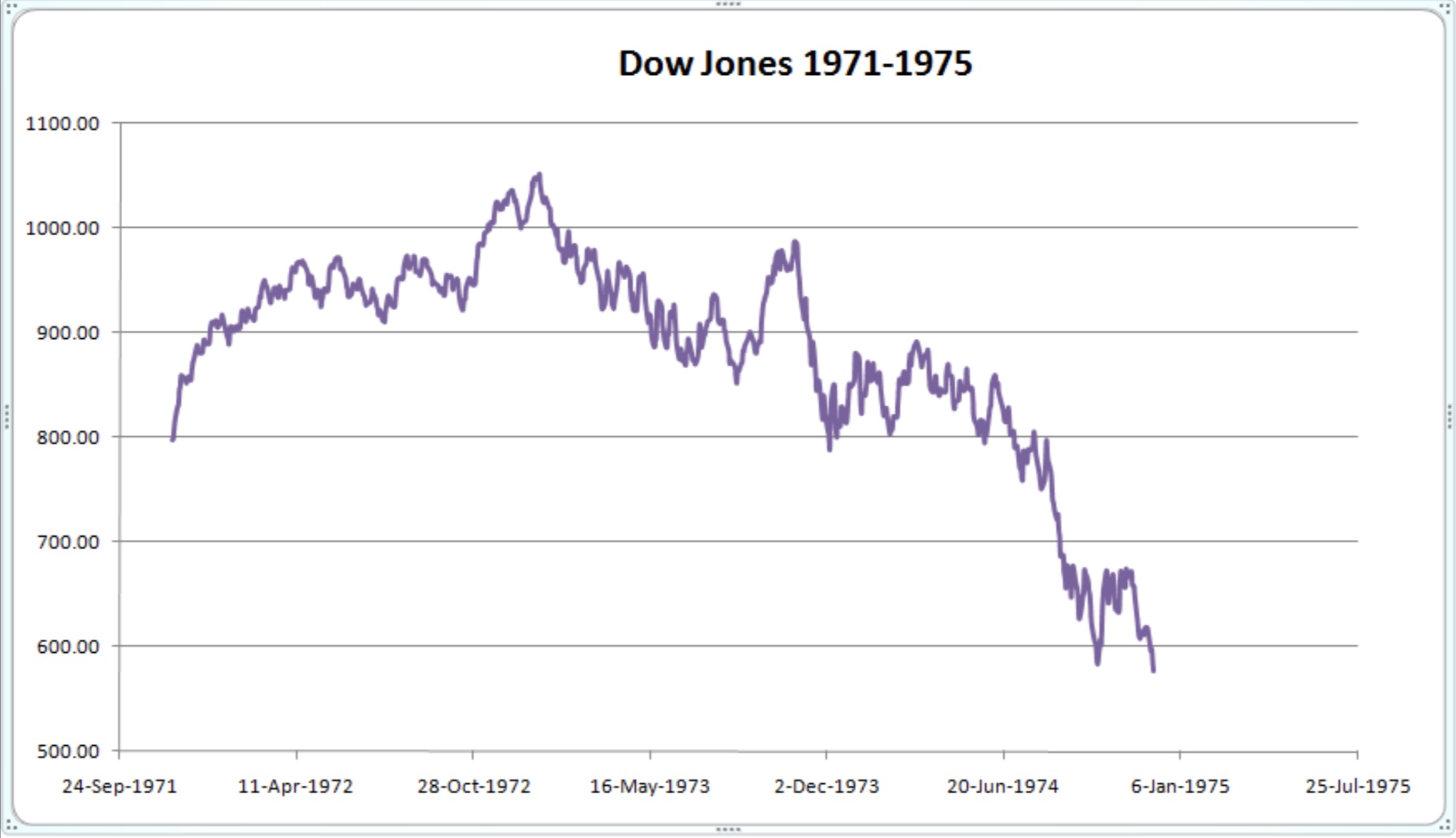 Yet shortly after that climb to a new record above 1,020, the US economy went into a tailspin, suffering the worst post-World War II recession that it had experienced up to then. By 1974 – just two years later – the DJIA had lost nearly 50% of its value.

The same thing could happen this time around, but a lot of things are different today than they were in 1974. And I can make a case for stocks going higher or lower in terms of the dollar, which is the important point. The dollar, like all other national currencies, is no longer a reliable measuring stick to evaluate asset prices. The DJIA and all other assets need to be measured in terms of purchasing power. Let me explain this point further.

One Of The Big Keys For 2017
Let’s assume that the DJIA continues rising and by the end of 2017 has climbed 10%. But let’s also assume that the dollar falls 12% in 2017 against the British pound, to use that currency as an example. Clearly, in this instance you would be better off holding the British pound than investing in the DJIA because you would have gained 2% more purchasing power. But this same analysis can also be applied to Swiss francs, the euro and any other national currency as well as gold and silver.

So the key question is not what is going to happen to the DJIA or any of the other major stock market indices. The key questions is this: What is going to happen to the dollar during the Trump presidency? So far, the bulls have had the upper hand. They expect a resurgence of economic growth will outweigh the burden of rising interest rates. Time will tell of course, but I am skeptical about that outcome.

The debt load in the US – and globally for that matter – will cause rising interest rates to weigh more heavily on economic activity than is now envisioned by most investors. In the meantime, we need to wait and see whether there will be a trend reversal in the dollar.”