Gold & Silver V-Bottom
September 24 (King World News) – James Turk:  With previous support levels broken, the best outcome for gold and silver is a V-bottom, like gold formed in March. With central banks debasing the purchasing power of currencies and governments accepting the illusion that MMT is viable, the reasons to buy physical metal remain. 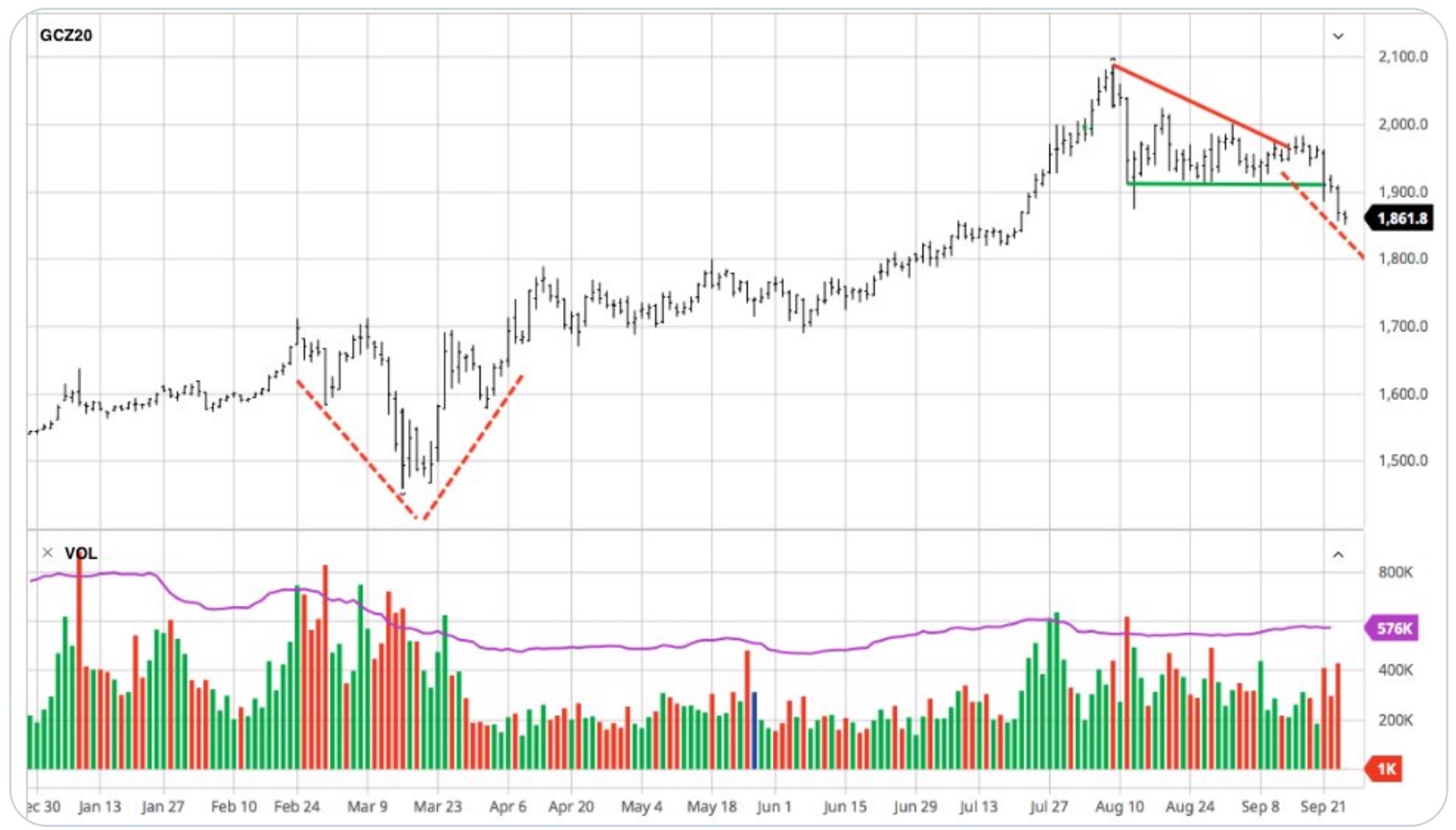 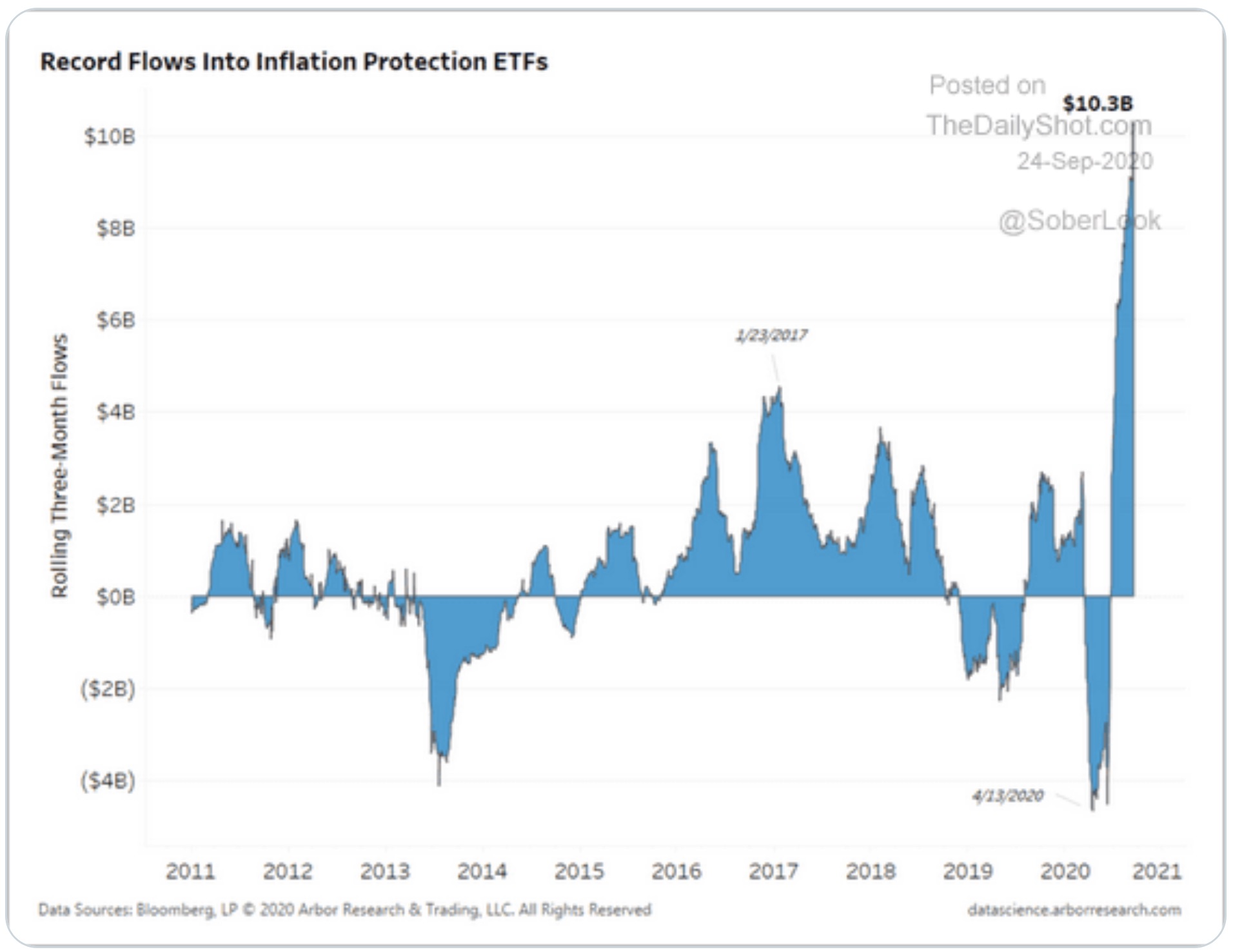 And Yet Another All-Time Record
Frederik Ducrozet, Global Macro Strategist:  The €158 billion net liquidity injection from the ECB’s TLTRO-III.5 will likely push excess liquidity above the €3 trillion mark by October, for the first time ever. (See chart below). 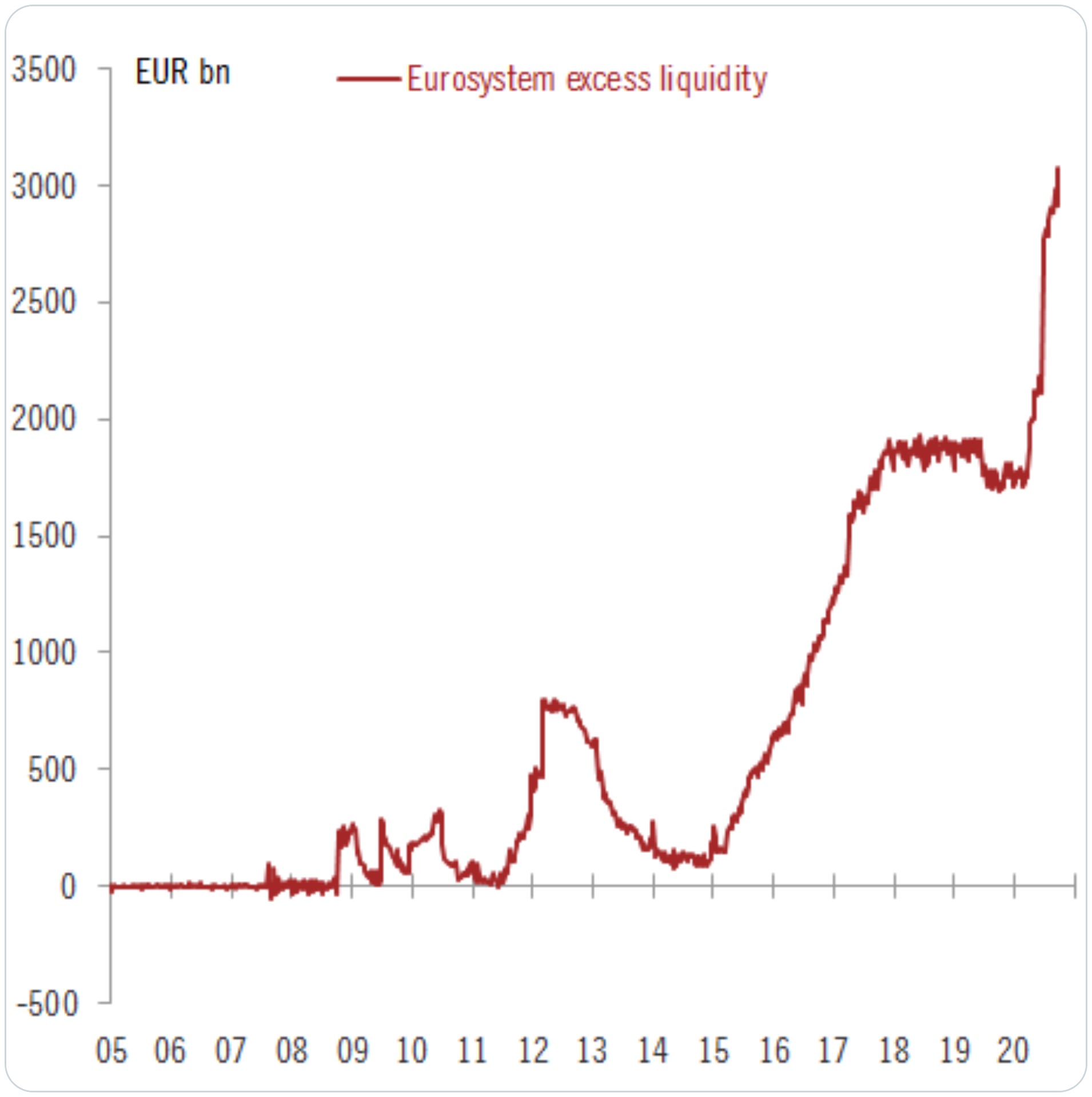 None of them can sustainably afford having a strong currency.

A utopian scenario for precious metals. (See chart below).

GOLD PRICE ADJUSTED FOR INFLATION:
Massive Cup & Handle Formation
When This Breaks Out All Hell Will Break Loose 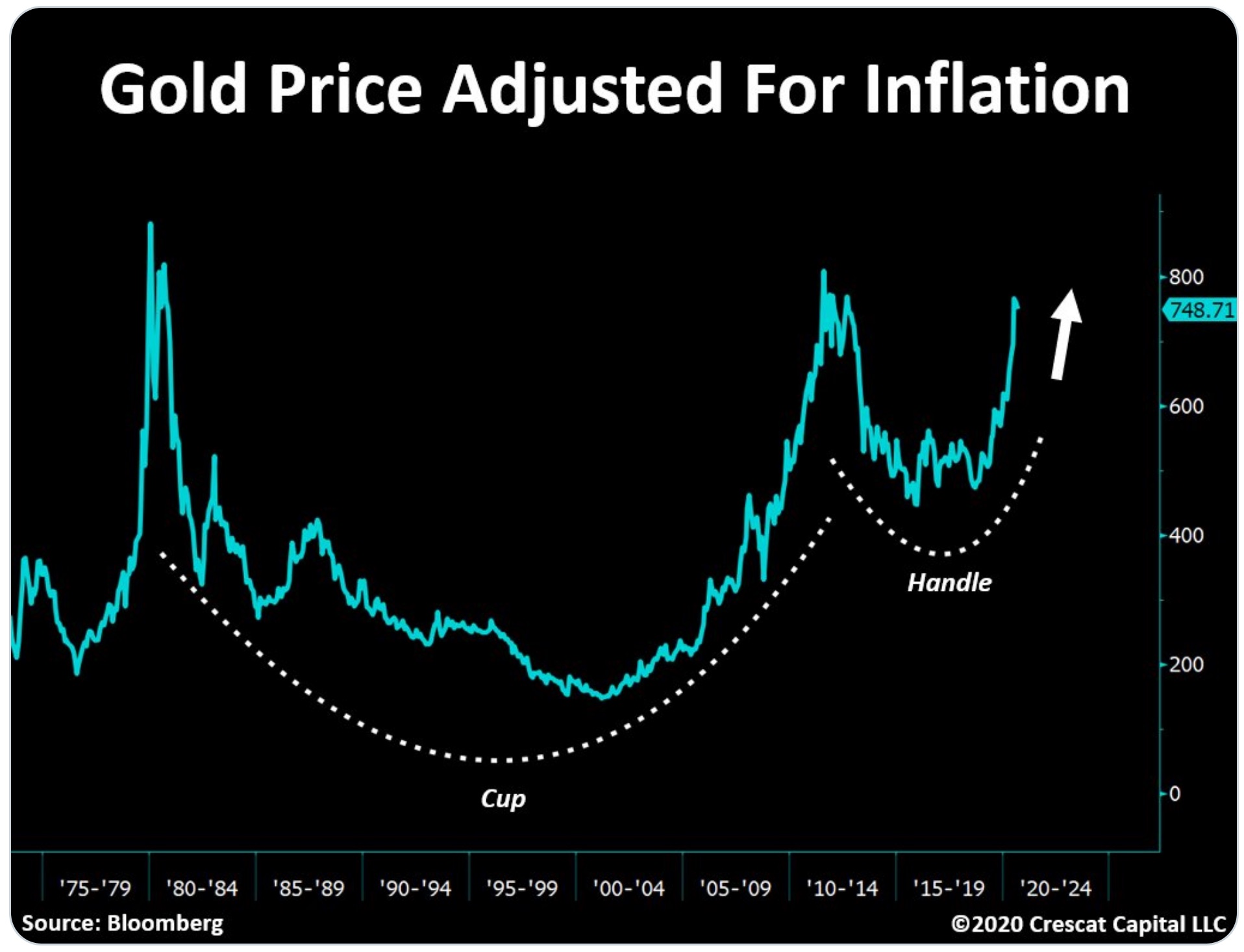 Higher Grade Silver Than The Legendary Spanish Mines
Joseph Hebert:  “Eric, we are extremely encouraged because the latest hole we just drilled yielded almost 11 kilos of silver, and it’s looking very much like the legendary mines the Spanish reported as late as the year 1600. The Spanish were averaging 4 kilos of silver and we just drilled almost 11 kilos of silver. And this is not an isolated event. We are pulling kilo+ numbers on 4 separate targets and we are going to test 10 targets in the next 8 months. The trajectory is still upwards on our results. Also, we just brought on a second drill rig because we are far enough along on our advanced targets. So our news flow will be strong with new drill results being released every 2 1/2 to 3 weeks.

Highest Grade Drill Results In South America
Eric, these are the highest grade silver numbers getting drilled in South America right now. And despite this sharp pullback in the price of silver, the bull market in silver is far from over as we are still in the early stages of this gold and silver bull. For investors who are looking for a company that is highly leveraged to the price of silver, we provide that and then some because we also provide exposure to gold as well. Outcrop Gold, symbol OCG in Canada and MRDDF in the US.