With continued propaganda about the demise of China, the Chinese are battling the U.S. to lead the world.  This is also important for the gold market.

Stephen Leeb:  “The mantle has been passed – or more precisely, the mantles have been passed. For President Trump’s ascension to the highest position in the free world marks a change on several levels: in who’s in charge in Washington and in who will lead the world…

“America first” was one of the rallying cries of Trump’s campaign, and it was front and center of his inaugural address. Aspiring to world leadership has been superseded by the goal of making sure the U.S. gets its fair share of jobs. The risk is that this new ethos could have repercussions that utterly preclude its success, by creating more obstacles than ladders to rising prosperity.

Yes, of course, there is chance – and we should all pray for it – that Trump will succeed. But there’s also a chance that the Trump presidency will end up a coda for the American way of life. This makes it more urgent than ever that you protect yourself with investments in gold and gold-correlated assets that will ensure your financial survival and prosperity in these highly uncertain and like very tumultuous times.

Trump is voluntarily surrendering two world leadership roles: in climate change and in world trade and inter-country investments. And there are good reasons to think that by ceding these positions of leadership to our greatest rival, China, he will be hastening the transition to a world in which real assets trump financial assets. This would leave the U.S. and the West in a major hole – but make investors in gold big winners, to adopt a Trumpian-style phrase. 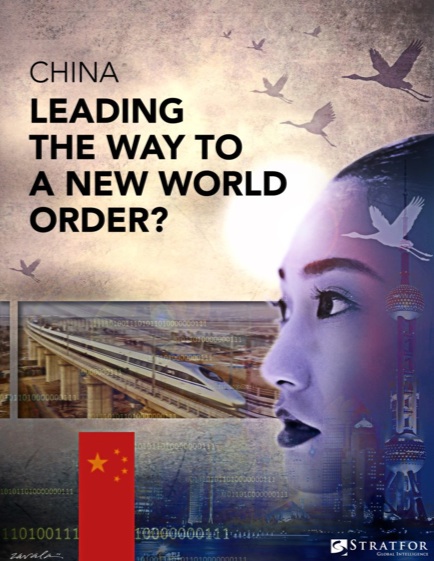 China – China!
By moving into a leadership vacuum in these two roles, China gains a free hand to accumulate and control the world’s supply of commodities without a whiff of censure. On November 10, Cassie Werber, a former reporter for the Wall Street Journal, published an article in Quartz with the headline: “With Trump as president, China – China! – will be the world’s biggest champion of fighting climate change.” Why should that concern Americans? One reason is that, as I argued in my 2011 book “Red Alert,” by championing the cause of fighting climate change, China gains an unassailable reason to accumulate finite and increasingly scarce resources, such as oil, copper, silver, and the like, that are essential to alternative energies that will be necessary to fill the gaps as finite resources such as oil, copper, silver, and the like become increasingly scarce. What country would accuse China of hoarding resources if it can point to its accumulation of them as essential to effecting clean energies?

Simultaneously, as the world’s leading trader, China is creating relationships with all the countries that supply the resources that will allow the East to build a self-sustaining world for itself. Chinese pollution plays a role in this calculus, but my abiding view back in 2011 and today is that in terms of rating the threats to human existence, resource scarcities will increasingly loom large. If resource scarcities become severe enough – making it impossible to obtain water, food, energy – it would spell the end of life on this planet.

It’s arrogant to think we have models that can accurately predict the world’s temperature 50 years out, not when we still have little understanding of the sun or of other factors such as the tilt of the earth as it orbits the largely inscrutable sun. But if Trump and his team point to this to back away from working with the world to reduce carbon emissions, I hope it doesn’t blind them to how vulnerable the U.S. will be if we don’t now prepare for the day when critical resources start to run dry. Whether you believe in resource scarcity, abundant finite resources will be needed to replace existing energy infrastructure.

U.S. At China’s Mercy
I’ve noted before that the U.S. is at China’s mercy when it comes to many essential rare commodities. To recap, in 2009 we imported half our needs for 38 commodities; today the number has grown to 42. Even more striking is that of the 42, China is the primary supplier for 13 compared with 11 in 2009, and only three at the century’s start. These include minerals critical to many of our technologies including defense technologies.

As the U.S. moves away from climate change, China will have a ready-made excuse to cease exporting those critical commodities to us, arguing it needs them to implement technologies that will clean up the environment. It’s a page right out of The Art of War – challenge your rivals from a position of strength.

Perhaps Trump believes that if the U.S. becomes energy independent via fracking and other fossil fuel production, it will gain the time needed to shift to sustainable energies. While I have trouble seeing how this will help his trade ambitions, maybe that’s what his emphasis on oil and trade is all about, and maybe it’s a defensible strategy if its ultimate goal is a sustainable energy future. If it works, great – but I wouldn’t bet on it.

True, I’ve been surprised by fracking’s success so far. Between early 2011 and mid-2015, fracking added about 4 million barrels a day to U.S. oil production. Even with the sharp fall in oil prices, which shut in a great number of wells, oil production dropped by only around 1 million barrels and currently is within 600,000 to 700,000 barrels of its peak. The U.S. is still a net importer of oil to the tune of about 5 million barrels, most of it from Canada and other Western producers. If U.S. oil production can continue to grow, the U.S. could become nearly energy independent, meaning that in terms of the most important commodity, we would have no need for the East.

This wouldn’t in any way alter the scenario I wrote about last week, where I projected a two-world solution in which there’s a reserve currency for the East while the West continues to use the dollar. But it would leave the West free to bargain about trade and attempt to develop alternative fuels. Even in this rosiest outcome, though, we could run into myriad problems because of scarcities in other commodities. Still, we would have a fighting chance.

My Worry…
My worry, however, is that fracking still could end up being more a curse than a blessing. It’s a highly resource-intensive way to get oil. Cheap oil, the kind the Middle East and Russia produce, likely peaked several years ago. The fact that oil production here held up as well as it did in the face of falling prices in part reflected productivity increases in drilling, but a more important factor was the rising need for resources, including oil itself, to carry out the fracking. Massive amounts of water and sand are needed to frack wells, and the need for these resources increased dramatically during the past couple of years. Costs, however, did not go up as lower oil prices meant lower costs for transportation and for other commodities needed to frack. Also, oil services became much cheaper.

But with higher oil prices and more fracking, resource and service costs will rise. Worth emphasizing is that even when oil was trading in three digits, not one fracking company was generating free cash. Thus more drilling prompted by higher energy costs runs into higher costs for drilling as well as the possibility that many of the “sweet” spots have been drilled while oil prices were low.

In sum, in the context of a tough trade stance and China’s ascendancy, our best hope is that we can build a bridge to a sustainable future. The fact that this hope rests on the problematic future of fracking – and that even in the best case for fracking, it still wouldn’t prevent or stall the emergence of a two-world paradigm in which gold plays a prominent role as a reserve currency in the East – explains why I think it’s so important that you hold as much gold and related investments as you can.

***ALSO JUST RELEASED: Legendary Short Seller Warns We Are Seeing Euphoria And A Suspension Of Disbelief In Markets CLICK HERE.