April 13 (King World News) – James Turk:  Eric, it is great to see the good action today in the precious metals. After several false starts and a couple of head-fakes, my patience has been tried, as has that of most everyone else. But these moves today could be the start of the upside breakout that I have been waiting for…

The important thing now is to see how today’s jumps in gold and silver pan out over the next several days. The best possible outcome would be for the precious metals to hurdle their present resistance points.

The first hurdle for silver is $25.50, but a more important level is $26. Clearing that level would set up a challenge for silver to clear major resistance around $28. 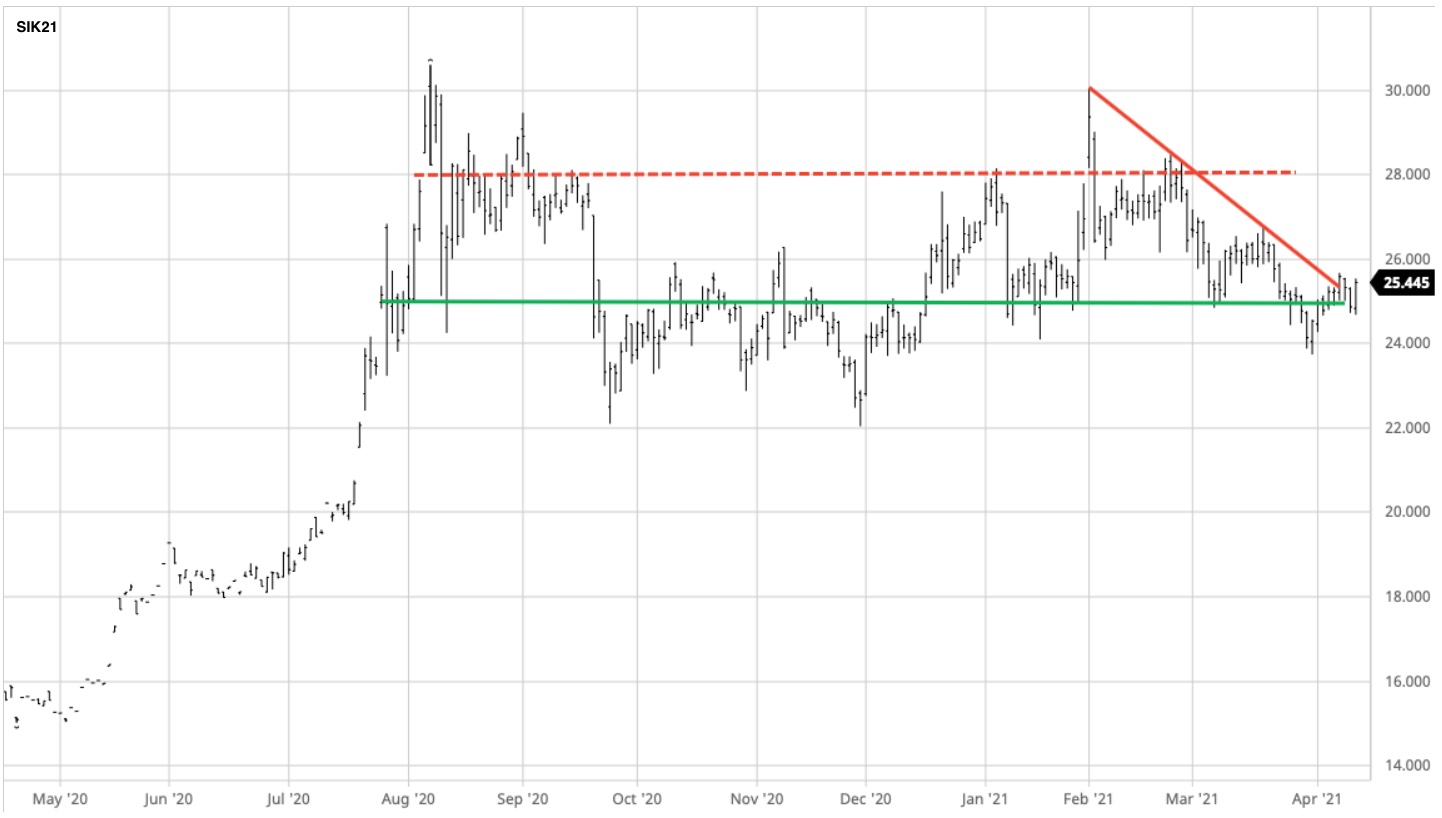 As we can see on this chart of May silver, the price has been contained below the $28 level in a sideways trading range that has lasted for 8 months. That is an unusually long time given all the bullish news developing for the precious metals, particularly the worsening inflation outlook.

Demand For Physical Silver Is Too Strong
So far the bulls haven’t been able to break through resistance. But the bears are frustrated too because they have not been able to push silver lower. The demand for physical metal is too strong, which is understandable given how undervalued silver is.

All-Time High $50+ Silver
Silver is still at half the price of its record high in 1980, the same level it reached once again in 2011. There has been a lot of dollar depreciation over that time period, so adjusting for that dollar inflation, silver has a lot of catching up to do just to get back to a fair value, which I believe is over $50 per ounce.

There have been some weird crosscurrents in the markets recently, particularly after the collapse of the Archegos Fund. There may have been some ripple effects on the precious metals from that fund’s massive liquidation. Anything is possible given the huge loss that some banks took by financing that fund’s highly leveraged positions.

Gold, Silver & Miners To Catch Fire
Anyway, the important thing now is to keep our eye on the ball, and for the precious metals, that means watching to see whether these resistance points are hurdled. If they are, look for the precious metals market to light up, and that I expect would light up the shares of the mining companies as well.

Even at current precious metal prices, the mining companies are generating huge amounts of cash. That cash flow will only get better with higher gold and silver prices, which to me looks like only a matter of time given all the inflationary signs appearing.