Here is a look at why trouble is brewing, insanity, and the real reason gold and silver are surging.

Gold
November 4 (King World News) – Graddhy out of Sweden:  Gold was down $28 yesterday on Fed FOMC day, but all three GDX, GDXJ, SILJ had bullish engulfing reversals at support for a while, at the same time.

Graddhy out of Sweden:  The orange backtest failed yesterday temporarily and price is right now intraday back above orange trend line, plus also above 200 day and 10 day moving averages again. We still need a higher high above September high. But we are seeing the right signs right now.

Gold Is Trading Back Above Key Breakout Point 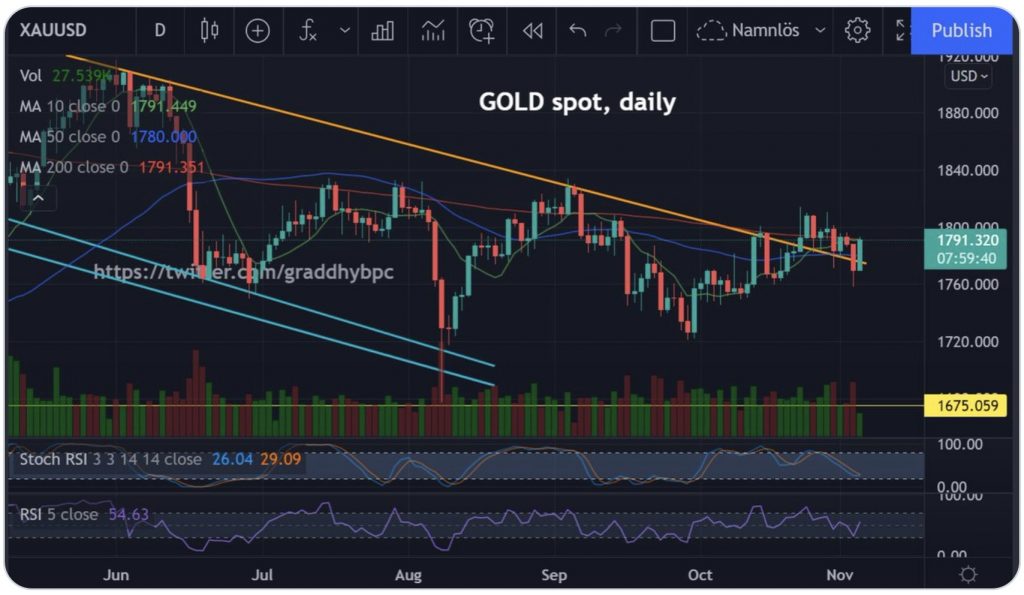 Trouble Brewing
Julien Bittel, Global Macro Hedge Fund Manager:  Margin pressures are building… Since NFIB started publishing this survey in October ‘73, it’s been a good late-cycle barometer. At extremes of 8 or above, the US economy entered recession 19 months later on average… The index just hit a 48 year high. Facts > narratives.

NFIB Cost Of Labor Has Been A Great Leading
Indicator Of Looming Recessions
And It Just Hit A 48 Year High! 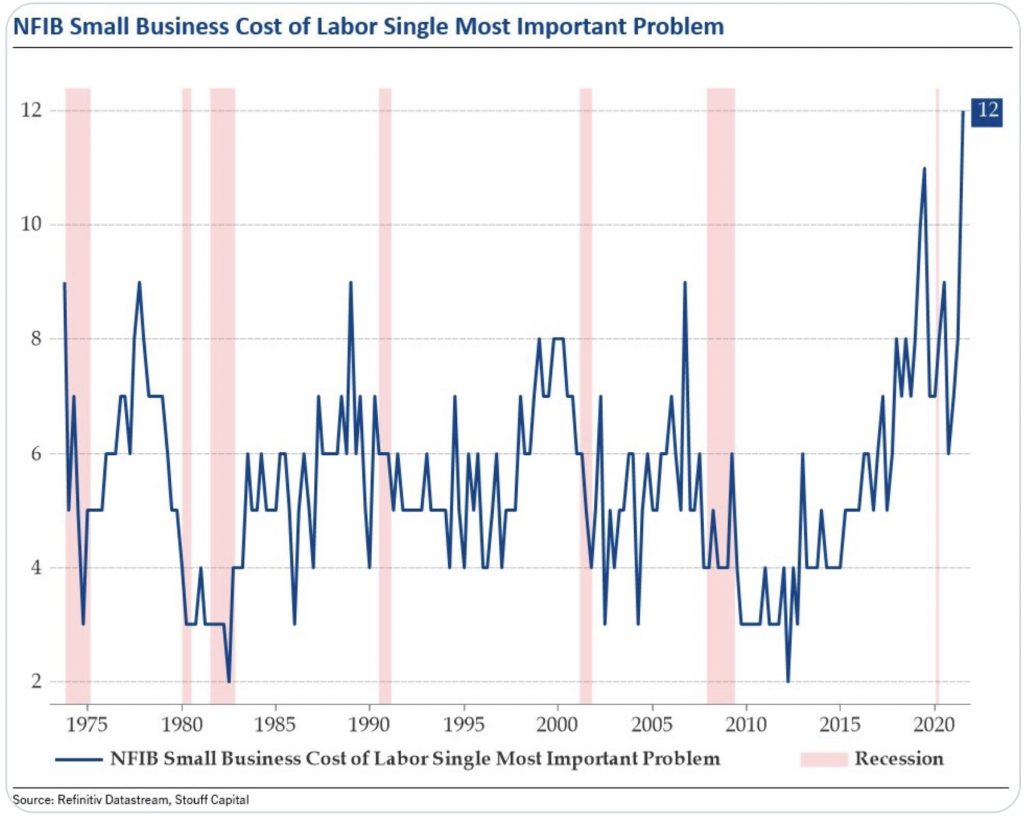 Inflationista
Otavio Costa:  The Fed’s favorite measurement of inflation is at a 30-year high and these guys are still doing ~400B of QE with no absolutely rush for hiking rates from 0%. In their defense, policy makers are completely trapped. Hard to not be an inflationista these days….. 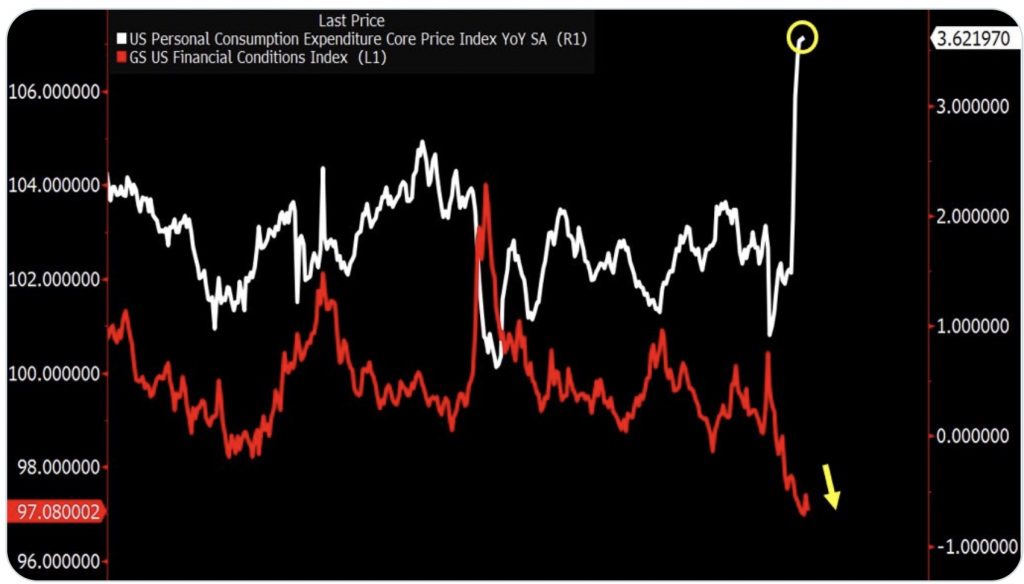 Monetary Insanity
Peter Boockvar:  “The Fed’s idea of confronting high inflation is to take the size of their balance sheet to $9 Trillion from about $8.5 Trillion today and by summer when the taper is done, still have rates at zero…

Peter Boockvar:  The reason why the Fed is not considering rate hikes until after QE is over is because they don’t want a market hissy fit repeat of 2018 when they were double tightening, allowing their balance sheet to contract while also hiking rates. So, while they’ve clearly met their dual objectives, and with inflation far exceeding it, they are trying to appease the stock and bond markets. With respect to their maximum employment goal, whatever that means at this point, here is an anecdote from a friend yesterday:

“My wife went to Cheesecake Factory today for lunch with her mom. Tons of empty tables yet they had a 25-30 minute wait. Short staffed. Then they left and saw Starbucks was closing its gate in the mall at 1:00pm. Wife asked the woman are you closing for a break. She said no, we have no staff to cover rest of the day.”

With no real attempt to quell inflation by the Fed by tempering the demand side and instead have fingers crossed that the supply problems resolve itself, I’m sticking with my longs in energy stocks, ag stocks, uranium stocks, precious metals and UK bank stocks, among other positions. We’ll hear from the Bank of England at 8am est and because they already decided to end QE at year end, they have a lot of flexibility to attack inflation via rate moves. The Fed in contrast is so offsides and badly positioned because they aren’t close with ending QE and of course eventually hiking rates. And thus, if inflation doesn’t moderate in the US, I don’t expect the Treasury market to just sit there and absorb it at current rate levels.

While the BoE did not raise interest rates today as many thought they would, they are essentially telling us it’s coming in December at the same time QE is ending by saying “The Committee judges that, provided the incoming data, particularly on the labor market, are broadly in line with central projections in the November Monetary Policy Report, it will be necessary over coming months to increase Bank Rate in order to return CPI inflation sustainably to the 2% target.” They are forecasting a 1% bank rate by the end of 2022. They said this for not hiking today, “near term uncertainties remain, especially around the outlook for the labor market, and the extent to which domestic cost and price pressures persist into the medium term.”