A top Citi analyst just warned the market may crash another 33% wiping out 5 years of gains.

The Good News Is
May 19 (King World News) – Top Citi analyst Tom Fitzpatrick:  Actually, I don’t have any good news. Last week we focused strongly on the important support levels on the Es1 chart (S&P futures) all of which subsequently gave way.

At the weekend the “Diary” piece was titled Diary: Year 3, Week 13:The Exorcist focusing on the backdrop in 1973 (When the Exorcist was the largest grossing movie) and the battle with inflation by the Fed under Arthur Burns with a variety of factors that resonate with today.

This week I am going to combine those two thoughts in an effort to maybe have a good Equity market playbook from here.

Many Similarities
The S&P hit the years peak on 11th January 1973 and moved sharply lower from there. (It peaked on 4th January this year)

That started a move that saw a high to low drawdown of 23.35% over the course of the year and a yearly close down of 17.36% (The relative improvement solely due to a bounce off the year’s low posted in December.

Of course, it is highly unlikely that we will see precise numbers like that, but they are an interesting starting point – a roadmap if you will.

The Shoe Does Not Fit
1966 does not really fit. Yes, we did have the Vietnam war but that had been going on nearly a decade and lasted a decade longer (So more like Afghanistan than Ukraine). Inflation was still very low ranging from 0.9% to 3.3% after years of benign numbers.

In 1937 the market had a bearish outside year closing down 38% in what ended up being a six year fall of 60%. Obviously we are not envisaging that here.

But It Fits For 1973
1973 had the Arab-Israeli war, the Oil shock and the Fed struggling with rising inflation. 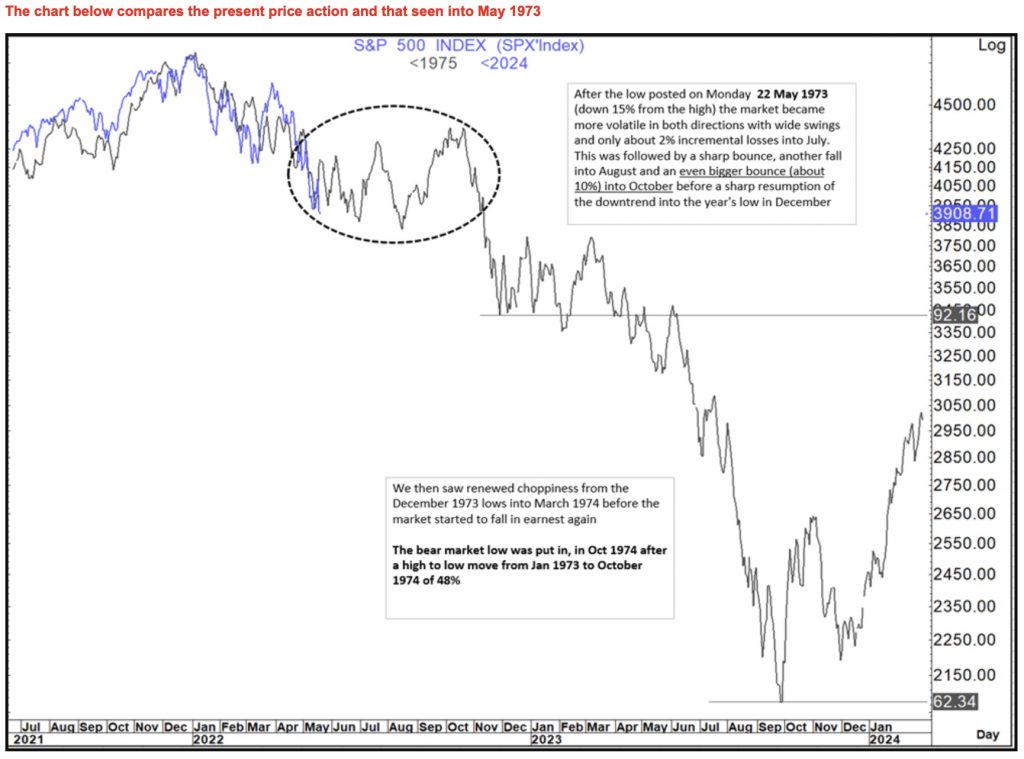