This is the key to today’s brutal takedown on the gold and silver markets.

January 8 (King World News) – Alasdair Macleod out of London:  Eric, the COT figures released tonight are very interesting and they help put the weakness in gold futures since Wednesday — the day after these figures were struck — in context. Look at the table below:

We see that from the previous week the Swaps, which are the bullion bank trading desks, went short an extra 13,693 contracts. For them that’s moving in the wrong direction, as the next chart shows. 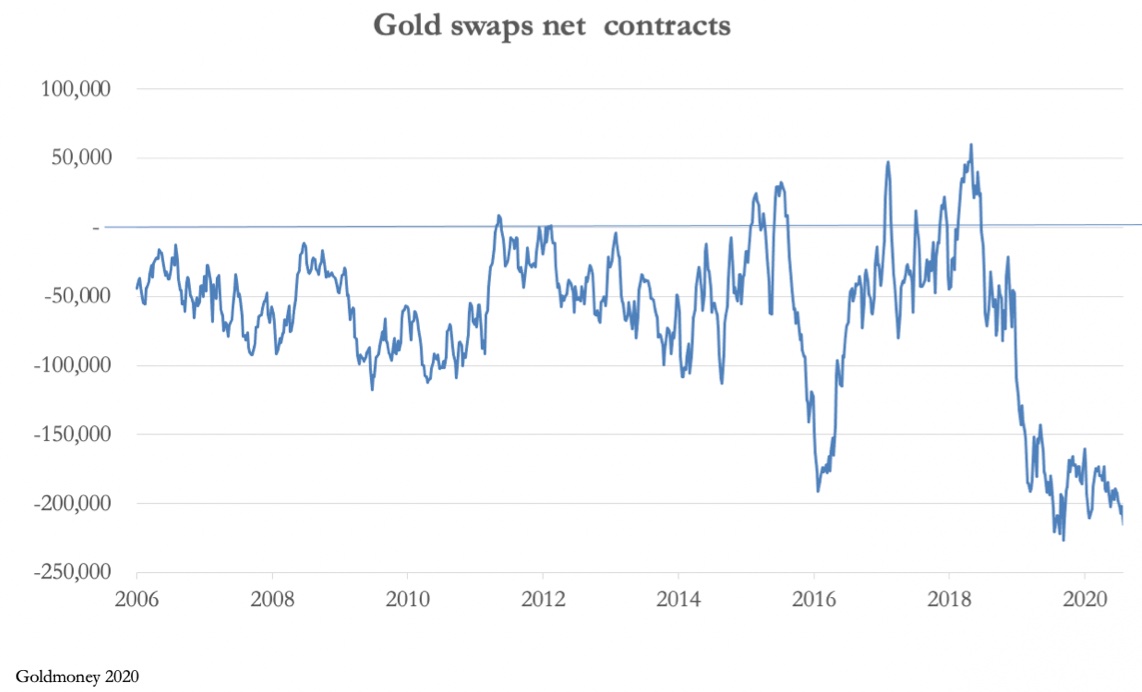 From late 2019, they have been trapped with record shorts. This explains their urgent desire to cut their positions, which they have failed to do in any meaningful sense last February/March. While the moves are dramatic, the experience last February indicates this raid will fail in its objective…

Today’s Takedown
Today, gold fell 3.5% to $1847. The story in silver is similar, down 6.5% to $25.25. The key factor is rising US Treasury bond yields, with the ten-year shooting through the 1% level to close tonight at 1.1%, coinciding with the certainty Biden is your next president. This is how the story looks to our Keynesian friends “A Democratic administration can now reflate as much as it takes to get the US economy growing again. That will lead to higher interest rates and a stronger dollar.”

It is of course nonsense, but you can see how it turns the hedge funds from selling the dollar into buying dollars. Going back to our table, you can see that it was this category (Managed Money) which added 7,574 long contracts over the new year. It is these speculators who are being shaken out in a successful raid by the bullion banks.

It changes nothing. On this shakeout there is unlikely to be much physical bullion being shaken out. In other currencies, such as euros, sterling, yen and yuan, gold is even cheaper. Meanwhile the money-printing is escalating. Some of us old hands are welcoming the opportunity to get more cheap bullion ahead of an increasingly certain monetary and banking crisis.

The Trigger For The Implosion Of The World Economy