With continued uncertainty in global markets, today the man who has become legendary for his predictions on QE, historic moves in currencies, and major global events, warned King World News that the world is about to witness a terrifying mega-bubble collapse.

A Massive Black Hole For The Fed & Financial System
Egon von Greyerz:  “The more things change, the more they stay the same. The financial world loves focusing on some future event that they think will change everything. There is always some economic data, an important meeting like G20, the Fed, the ECB or a speech by Yellen or some other central bank head who hasn’t got a clue what is happening or what will happen. So now at the end of August, markets have all been focusing on Yellen’s speech at Jackson Hole, Wyoming. Jackson Hole is of course a very befitting name since what the Fed is staring into is a massive black hole into which major parts of the financial system will disappear…

Egon von Greyerz continues:  “The Fed, like all central banks, is speaking with a forked tongue. They have talked interest rates up since December 2015, and for a long time the market has believed them. To me it has always been clear since last December that there is no chance of further rate increases at this moment. But the Fed has a problem with not losing face. That’s way Fisher, the vice-chairman of the Fed, last Sunday delivered an upbeat speech about the US economy saying that the Fed was “close to meeting its targets” of full employment and price stability.

Obviously, when you base your assessments on false data and thus make false statements, you can tell the markets anything. And this is what the Fed does together with all other central banks. Anyone who studies the economic figures critically knows that they bear no resemblance to reality. Real unemployment in the US is not 5% but 23%. The difference is changing the method of calculation since the 1980s and to assume that anyone who has stopped looking for a job after 6 months never wants to work again. Isn’t it strange that 95 million people capable of working are not working and that the labour participation rate has gone from 66% to 62% since 2006! Is that full employment when 95 million people, most of whom who need a job, can’t get one?

It’s the same with inflation. Most of the things that people spend money on every year like food, insurance, health, education, etc, are up 5-20%. Electronic products, clothing, and cars, are not up but most of these are bought once every few years. So the Fed is definitely not looking at real inflation but a manipulated figure that suits their purpose.

I thought it would be fun to look back at some of my previous comments on these high profile meetings of global heads. These are meetings that market participants look to with great anticipation but in reality no decisions are ever taken.

Here is what I said in March 2009 during the great financial crisis:

This week there will be a meeting between G20 leaders and central bankers in London to save the world economy.

Let us make it very clear – the meeting is bound to fail. There is no chance that the G20 leaders will reach an agreement that will save the world economy. Even two world leaders can’t agree on how solve the biggest global financial crisis that the world has ever

encountered, never mind twenty. Each one of twenty leaders has a different political agenda and they will all blame each other, so there is no possibility whatsoever that the meeting will result in more than the normal platitudes about cooperation to solve the crisis. Both Merkel and Sarkozy have already rejected Gordon Brown’s proposed stimulus package and that is before the meeting has even started.

But the main reason why the meeting will fail to reach a result is the worthless derivatives of over $ 1 quadrillion and unlimited amounts of toxic debt which will never be repaid with real money.

Yes, the world economy stabilized and stock markets did pick up after 2009. But this had nothing to do with real improvements but was merely due to the fact that panicking central banks printed, guaranteed and lent at least $25 trillion to temporarily stop the financial system from falling into the black hole. In 2006 when the Great Financial Crisis started, global debt was $140 trillion. Today ten years later, global debt is up a staggering 60% to $230 trillion. But as I repeatedly say, you cannot create wealth by printing worthless pieces of paper and you cannot solve a problem by the same means that caused it in the first place.

So here we are in 2016 with most sovereign states being bankrupt with no ability of ever redeeming their debts. But even worse, they can’t even service their debts without negative interest rates. Talk about a sick world. First bankrupt nations issue worthless debt that they have no intention of repaying. And then, since they have no chance of paying any interest on their debt, they demand that the borrowers pay them interest instead for the pleasure of holding their worthless paper! This must be the ultimate Ponzi scheme in financial history.

The Terrifying Mega-Bubble Collapse
When this mega-bubble of all bubbles collapses, there won’t just be the wealthy experiencing a massive destruction of their wealth but the masses will lose their jobs, social security and pensions. Sadly, the inevitable consequence of this will be major global civil unrest.

Gold certainly will not be the only solution to the coming problems. But just like in the last 5,000 years, gold will be the only currency which survives the coming global catastrophe.

Thus it was very clear to us back then what the effect of the disastrous mismanagement of the world economy would be. But it is even clearer what will happen next. We are now going into the phase of recognition. This is the phase when the world at large is slowly waking up to the fact that printing unlimited amounts of money will make many currencies – and in particular the US dollar – worthless. We have repeatedly stated that you cannot solve a problem by making it bigger – i.e. to print colossal amounts of dollars, pounds etc. will only add fuel to the fire and exacerbate the already insoluble credit/derivative bubble.

So we already told investors what to buy years ago. Now as we are approaching the point of recognition when investors are starting to wake up to the fact that they need to protect themselves. Gold is the only currency and asset which will give protection against collapsing currencies and assets. Within the next two months the investment world will wake up to this fact and gold is going to exceed $ 1,000 and never look back. Right now is likely to be the last chance to buy gold under $ 1,000. We expect gold to go up quickly in the next few months and never look back. So today is probably the last chance to buy gold under $ 1,000 for many years and maybe for ever. But remember that for wealth preservation purposes it must be physical gold in your own possession and stored safely outside the banking system.

Gold closed at $1,100 in December 2009 and then temporarily topped at $1,900 in September 2011. Since then we have seen a very long correction that ended in December 2015 at $1,050. But gold in most other currencies bottomed in 2013. Gold in many currencies like Canadian and Australian dollars are back at the 2011 high and in pounds and euros gold is around 10% from the peak. It is totally clear that the correction in gold which has taken place in a manipulated paper gold market is now finished. Just like I forecast in 2009 that it was the last chance to buy gold under $1,000, I now believe that gold will soon resume its uptrend to new highs.

But investors must remember that gold is not bought for capital gains but to preserve wealth in a world economy and financial system which is totally rotten. Physical gold is insurance and also money when conventional paper money becomes worthless due to unlimited printing. 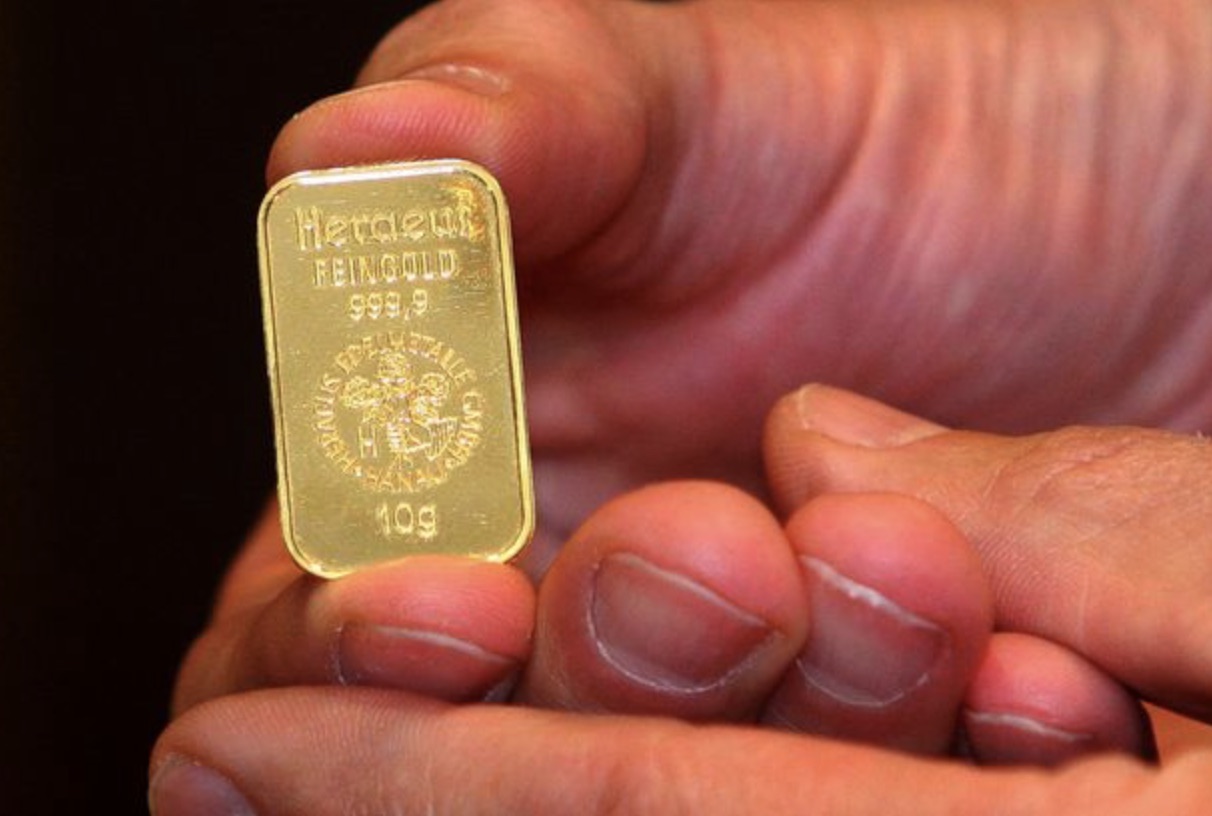 Whatever You Can Save In Gold, Do It!
I regularly get emails from people who don’t have major assets to invest and wonder what they can do to protect themselves. Wealth protection is all relative. Most people can afford to spend at least say $40 per month to buy 1 gram (1/30 of an oz.). If you do this every month for a few years you will have built up a nice little nest egg as the gold price goes up many times from here. Thus there is no excuse not to save in gold even for people with less capital.

The risks in the financial system and world economy are now at an extreme and it is not unlikely that one of several of these risks will turn into serious problems for the world in the next few months.”

***Also just released: Legend Says Forget About The Pullback – Gold Is Headed To $1,600 And Here Is The Big Surprise From China! CLICK HERE.