There is no question that the war in the gold and silver markets is heating up.

Below is an updated COT report that came in late from Alasdair Macleod.

Managed money (hedge funds) buying again
October 23 (King World News) – London analyst Alasdair Macleod:  In the Commitment of Traders figures for last Tuesday both the Swaps (bullion banks) and Producers/Merchants increased their net shorts, the Swaps by 8,357 contracts and the Producers/Merchants by 1,094 contracts. This means the Swaps share of the non-Speculator shorts has increased from 69% back up to 70%. The changes from the previous week are shown in the table below.

In the Speculator categories, Managed Money has come alive, increasing net longs by 8,784 contracts, reversing their recent trend of reducing their positions. This is interesting, because the average net long position for this category is 110,500 contracts, which suggests they can increase their longs by 20,000 just to have average exposure…

We can go further, suggesting hedge funds won’t be vulnerable to the bullion banks’ spoofing activities until they have increased their net longs by over 50,000 contracts. For reference this is shown in the chart below, the dotted line being the average net long position.

Just imagine the onslaught faced by the bullion banks. Not only do they have the Other Reported category record long and standing for delivery, but their net shorts could increase by another $10 billion at current prices. My last chart shows the bullion banks’ current financial position. 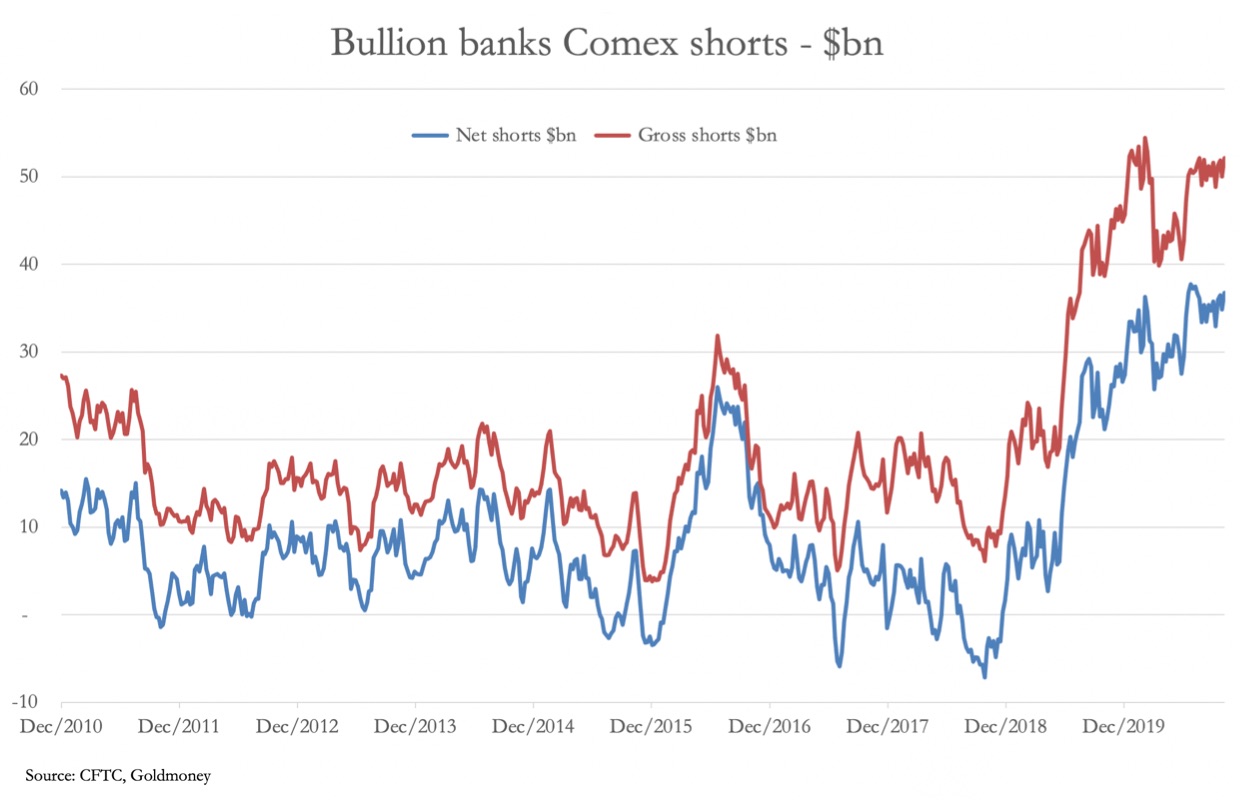 Their net shorts are already $37 billion. I guess some of these banks will throw in the towel if the dollar weakens and the hedge funds decide to sell dollar/buy gold.