On the heels of another chaotic trading week in world markets, today one of the top economists in the world sent King World News an incredibly powerful piece discussing the ugly truth about what is really happening around the world.  Below is the fantastic piece from Michael Pento.

April 25 – (King World News) – Just like in the world of fashion, economic terminologies come in and out of vogue. One such economic term trending recently is Secular Stagnation.  First proposed by Keynesian economist Alvin Hansen back in the 1930s, Secular Stagnation was coined to explain America’s dismal economic performance—in which sluggish growth and employment levels were well below potential….

The term is now back in style thanks to the likes of the contemporary heroes of Keynesian economics, like Larry Summers and Paul Krugman; and is based on the notion that a chronic savings glut has resulted in the economy operating well below potential. The notion that the developed world is trapped in some type of stagnation is something I can agree with.

However, the reasoning offered for this stagnation completely dismisses the role of central banks and assumes low growth and interest rates are instead being driven by those pesky savers. This theory is not only philosophically and economically bankrupt, it also dismisses all of the factual evidence about the actual decline in worldwide savings rates. 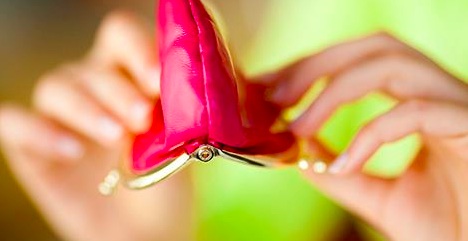 The War Against Savers

Not surprisingly, Japan, the poster child for secular stagnation, has seen a shocking drop in household savings. Savings rates that averaged as much as 20% in the 1980’s, hit a negative 1.3% in March of 2014. It’s no coincidence that this negative savings rater concurred with its 0.3% 10-Year Note yield and highly-negative real interest rates.

Savings in the European Union has also fallen along with lower interest rates manufactured by the ECB. Household savings was at 13.3% in 2009, but fell to 10.5% by the first quarter of 2014. The truth is despite Summers and Krugman’s desire to lay the “blame” with savers, there is no proof of a world-wide savings glut.  These Keynesians never seek to explain who or what would have caused global consumers to undergo such a mass hypnosis into the propensity to increase savings.

This is because no such increase in savings rates exists. In fact, 28 percent of current U.S. workers have less than $1,000 in savings that could be applied toward their retirement, according to a new Employee Benefit Research Institute and Greenwald and Associates survey. And, 57 percent of consumers say they have less than $25,000 in total retirement savings. Indeed, the so-called “savings” referred to by these market manipulators is really just central bank credit masquerading as savings. And this investment capital should only have become manifest through productivity growth and deferred consumption—not by central bank fiat.

The Real Cause of Secular Stagnation

Over the past seven years the Federal Reserve printed $3.7 trillion with the hopes of spurring economic growth. But ask yourself, who did this money actually go to?

At the onset of the financial crisis Ben Bernanke didn’t run around America like Ed McCann–knocking on doors and handing people checks to pay off their underwater mortgages.  On the contrary, the first tranche of money in the form of TARP and the AIG bailout went to banks in order to allow them to remain solvent.

Then, three rounds of QE bought distressed assets on the books of banks with hopes this would allow them to make new, less questionable, loans.  But, who were the banks supposed to lend to? Consumers were already loaded with debt because they didn’t get a Fed bailout. 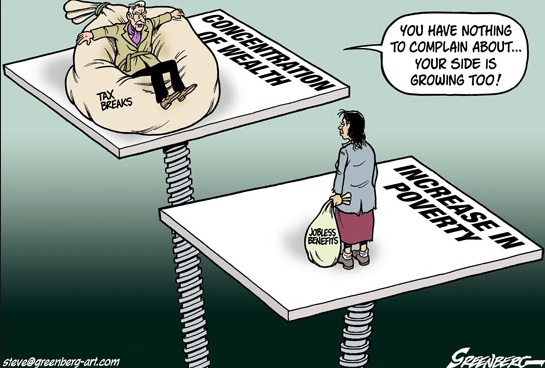 Bubbles And A Widening Wealth Gap

Adding to this condition of excess reserves piling up in the private banking system were new and more onerous regulations. Dodd/Frank legislation encouraged banks to park new money with the U.S. Treasury. And the leftover money more easily found its way into the stock market than it did in the pockets of consumers. Thus, creating the massive bubbles that now exist in bonds and equites and also greatly exacerbating the trenchant wealth gap between the rich and the poor.

But, ironically Krugman and Summers acknowledge these Fed-induced asset bubbles and see them as our only hope.  In fact, Summers argued in a speech delivered to the IMF that today’s world needs bubbles just to achieve anything close to full employment. New York Times columnist Paul Krugman doubled down on that specious reasoning in his blog stating; “Bubbles may be necessary to make up for insufficient demand, high unemployment, and sluggish growth.”

Instead of allowing the economy to work through a short-term painful deleveraging in order to clear mal-investments, pay down debt and pave the way to real sustainable growth, Messrs. Summers and Krugman would rather cheerlead the economy through a series of never-ending booms and busts that is causing the global middle class to become a passing fad. It appears Keynesians, that dominate global politics and central banks, have completely lost faith in economies to rebound and for markets to clear. They have acquiesced to a command and control economy built on phony central bank interest rates and credit.

The truth is real savings and real investment do not cause secular stagnation, but are rather the very foundations of productivity and growth.  However, the developed world’s current condition of secular stagnation is brought on by central bank debt monetization; which leads to asset bubbles, debt saturations and the desolation of middle classes. In reality, the economy is mostly suffering from the stagnating brains of those who control governments and banks.  And it is this blatant form of secular stagnation that will soon bring down the entire global economy. Michael Pento's remarkable audio interview has now been released.  Pento discusses the coming financial implosion, gold, as well as what suprises to expect for the rest of 2015 and you can listen to it by CLICKING HERE OR ON THE IMAGE BELOW.