Growth Strategies May Be Extended, but Trend is Clear
November 15 (King World News) – Here is a portion of what Jeff Saut’s partner Andrew Adams wrote:  We have been asked quite a bit recently about whether we recommend switching from growth strategies to more value strategies, but the relative strength trend between the two still clearly remains in favor of growth. The relationship has mostly swung between the top and bottom of a rising channel over the last few years, but growth has been the obvious winner and it’s not showing signs of breaking down quite yet. Contrarian investors/traders may want to take a shot on preempting any possible change in the trend, but the technicals are not yet supporting that.

The trend compared to the S&P 500 has, surprisingly, been down since late 2015, but this, too, seems to have hit support and has bounced over the last couple of weeks (lower panel). Along with Utilities, Consumer Discretionary is one of the only sectors at new highs right now. 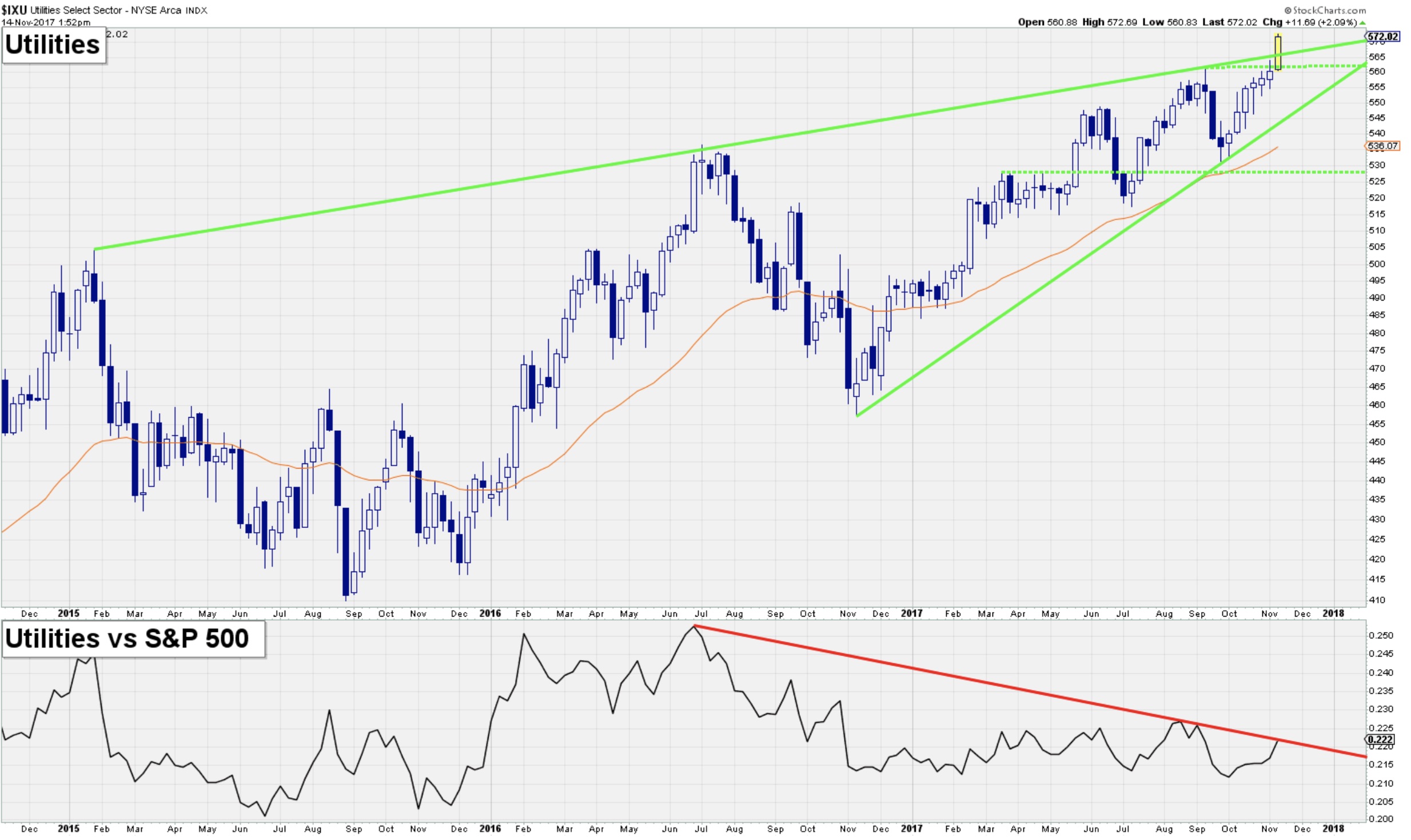 Utilities
The Utilities have actually been one of the hottest sectors over the last two months, and one of only two clearly at new highs at the moment (Consumer Discretionary). The recent move has almost broken the downtrend line against the S&P 500 (lower panel), and this could, therefore, be an area to seek out a near-term trade. However, we still have a hard time making a case for Utilities as a long-term, core holding, especially if interest rates rise as expected. 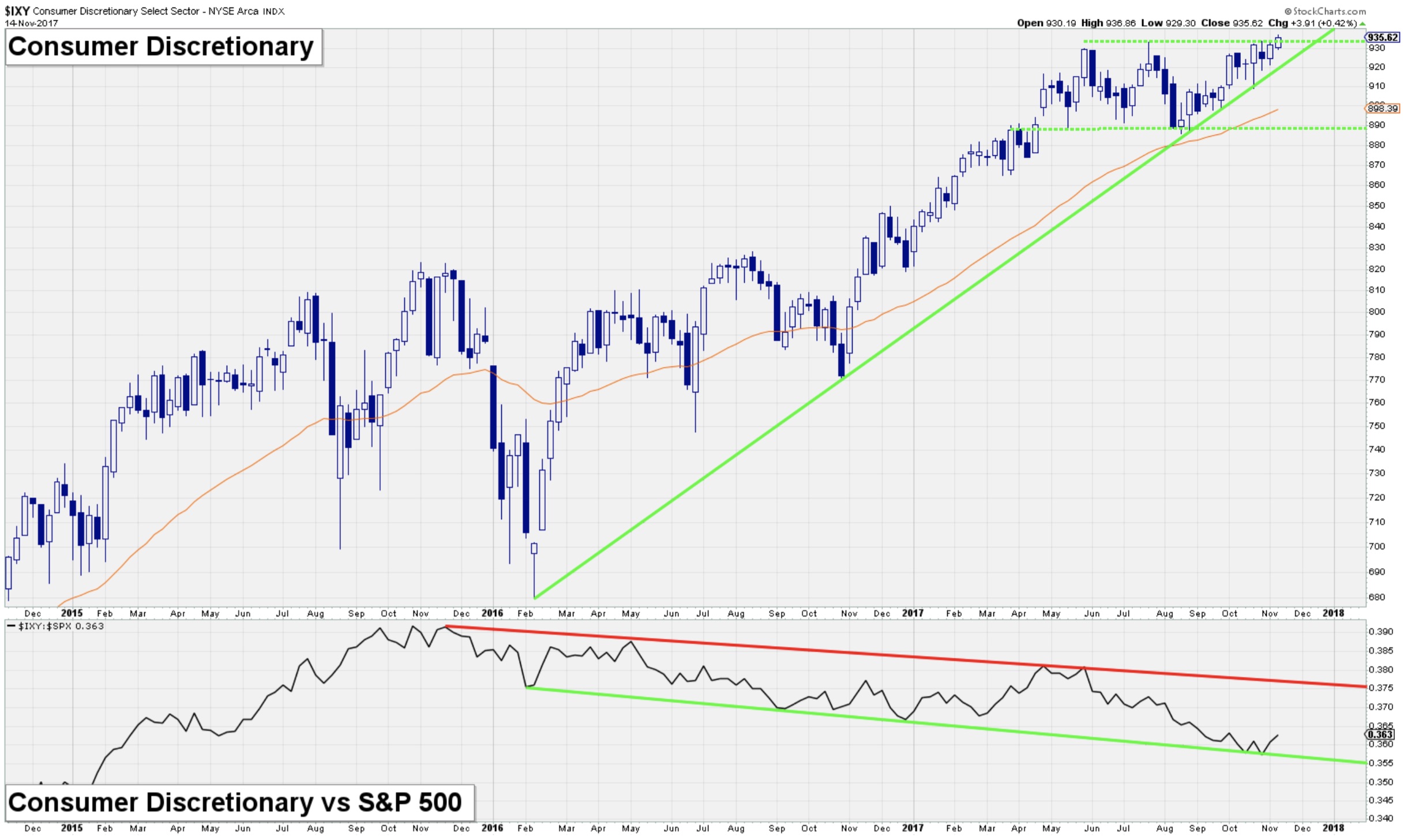 Here is a small portion of what Peter Boockvar wrote today:

While the headline indices are barely down over the past week, I would have thought the weakening internals would have had more of an impact on market sentiment but not much changed. Investors Intelligence said Bulls fell less than 1 pt w/o/w to 63.5 from 64.4. Bears rose 1 pt to a still microscopic 15.4. The 48.1 Bull/Bear spread is off the highest level in 30+ years last week when it touched 50. This still extreme bullishness remains even though yesterday on the NYSE, the 52 week new low list exceeded the new high list by 129-113. On the NASDAQ, new lows totaled 99 vs 69 new highs.

I’ll express my worries AGAIN. The central bank liquidity bus is on the cusp of slowing down dramatically in just 6 weeks. In Q1 alone, the Fed will take out $60b worth and the ECB will buy $100b less of European bonds versus its current run rate. This comes as valuations remain egregious as over the past 5 years, the 80% rally in the S&P 500 was followed by a 30% rise in earnings.

***ALSO JUST RELEASED: RECORDS BEING BROKEN: This Is Exactly The Kind Of Thing The Late, Great Richard Russell Used To Warn His Readers About CLICK HERE.

Another Fascinating Development In The War In The Silver Market