With markets on the move across the globe, look at this…

Stunning, But This Is What Happened
July 10 (King World News) – Here is today’s note from legend Art Cashin:  On this day (+1) in 1804, two men who had been a critical part of the founding of the U.S. met to settle an old argument. Those who knew the two men knew that the conflict was inevitable. Yet on paper they were more likely to have been comrades than combatants. In fact, during the Revolutionary War, one of them had ridden through rain and darkness, penetrating British lines to save his entrapped and brilliant comrade.

Yet after the country was founded, these two clever, powerful men found themselves constant competitors. The competition probably reached its high point in the presidential election of 1800. The vote resulted in a tie. Both contenders, Jefferson and Aaron Burr were founders of the same political party. So the power to choose who would be president rested with the founder of the opposition Federalist Party – one Alexander Hamilton. He would pick the next president.

Hamilton had lectured and written about the dangers of the populist attitudes of his former cabinet adversary, Jefferson. But he feared more the political savvy of Aaron Burr, a man more his ideological equal. So he threw the election to Jefferson, assuming that Jefferson’s “folly” as president would later leave the game open to Hamilton. Thus, the brilliant Burr decided to seek revenge on the genius Hamilton (with both assuming that the Renaissance man, Jefferson would shoot himself in the political foot shortly). 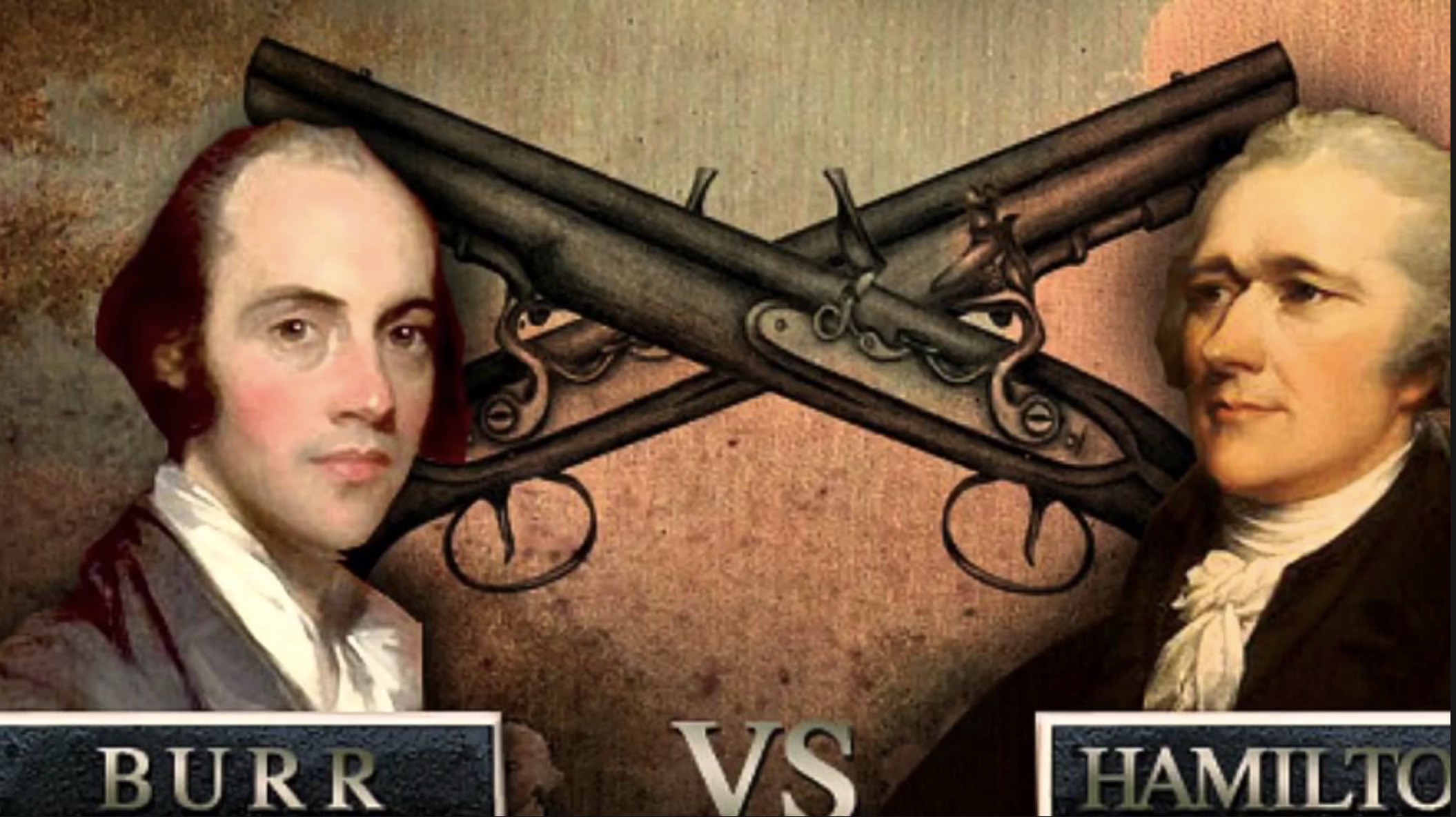 After almost four years of nearly constant bickering Burr challenged Hamilton to a duel on the banks of the Hudson River in Weehawken, N.J. Hamilton’s seconds failed to account for the midsummer reflection of the morning sun off the river. So, badly positioned and blinded by sunlight, Hamilton was mortally wounded by the man who once saved his life by riding through the rain.

To celebrate go over to a pub in Lincoln Harbor (that’s in Weehawken, if you failed geography) for a couple of shots.

Stock bears had about as much luck as Alexander Hamilton as the turnaround rally that began last Thursday, kicked into higher gear Monday morning.

Equity Rally Eats Into First Levels Of Resistance – Led by the financials and energy sectors, stocks roared out of the gate Monday morning.

The catalyst was a perverse kind of Goldilocks backdrop. Traders felt the spector of a potential trade war provided just enough uncertainty to keep the Fed at bay even as the domestic economy appeared to be heating up.

That concept appeared to draw reluctant cash from the sidelines and lift the averages higher.

There was a bit of an early headfake as the British foreign minister resigned. That briefly raised concerns that UK PM May’s government might fall and those concerns rippled through the currency markets.

CNBC’s Sara Eisen eloquently summed up the problem as an unelected Prime Minister, who had campaigned against Brexit being tasked with implementing Brexit. A bit of a credibility gap, is it not?

Around midday, I sent this email to some friends:

Sure enough, the S&P spent the balance of the session churning in that range, ultimately closing very near the upper end at 2784.

Bulls were hoping that would be a launchpad to extend the rally into earnings season. It will be interesting, indeed.

A Straw In The Wind – With folks like Starbucks and McDonalds phasing out the drinking straw, most folks forget that the straw is a relatively recent invention and was hailed as a potential major advancement in public health.

On this day (-1) in 1886, a Washington, D.C. resident named Marvin Chester Stone answered a national craze. Those were the days before AIDS, the Ebola virus, or even Avian flu, yet the American communicable disease paranoia du jour was about your chances of getting a disease by sipping from the many unwashed or poorly washed cups and glasses at public drinking places. Placing your lip on the lip of the cup was thought to be the problem.

Stone patented a hand rolled paraffined paper tube, which the public called “the straw.” It was an instant success and later allowed teenage boys to cut costs and yet still seem romantic by sharing an ice cream soda. Its impact on preventing communicable disease has yet to be resolved by the Food and Drug Administration.

A shelf life of a little over 132 years. Commerce can take some very strange turns.

Overnight And Overseas – Equity markets in Asia were mixed to marginally better. Tokyo, Shanghai and India all saw modest to moderate follow-ups to Monday’s sharp rallies. Hong Kong closed with a fractional loss.

In Europe, stocks are generally seeing modest gains as they warily await Mr. Trump’s visit to Europe and Britain.

Among other assets, Bitcoin is weak again selling just below $6500. Gold is also soft and fighting to hold above $1250. Crude is slightly firmer, while the euro is flat against the dollar. Bond yields are a tick or two higher.

Consensus – President off to Europe so the ball is in the air on several topics. If rally continues, traders will look to that key resistance in the S&P (circa 2792/2795).