As we come to the end of trading for the month of November, here is a look at silver preparing for liftoff, easy money, more inflation and Fed un-taper?

Silver
November 29 (King World News) – Graddhy out of Sweden:  The purple inverse h&s was negated this Friday since it then went below the right shoulder. But what we have is probably an extended daily cycle, making an undercut low right at fib 61.8% retracement, while being oversold. In other words, good odds for low here.

Very Good Odds For A Low In The Silver Market 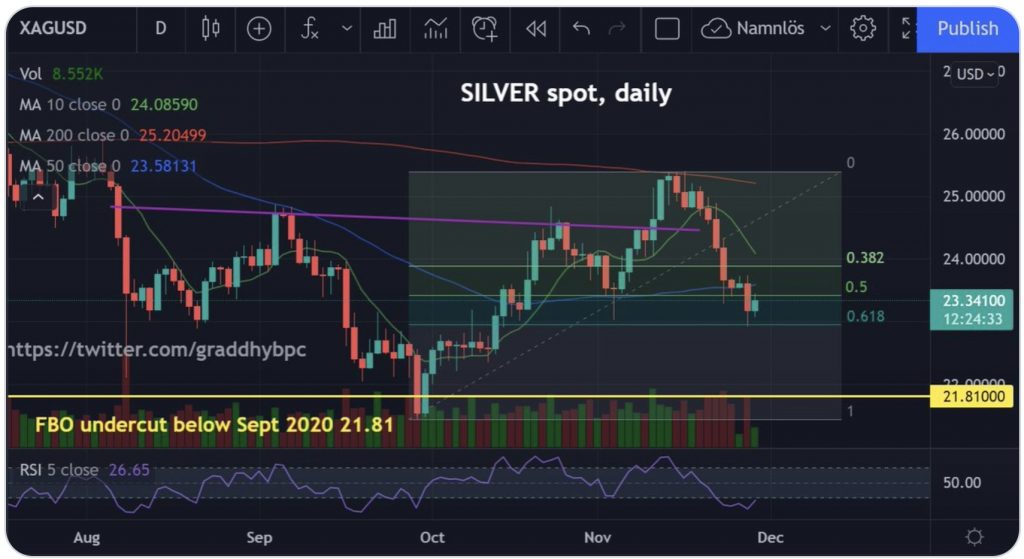 Fed Un-Taper?
Graddhy out of Sweden: …this is very important to understand. The last mini-taper decision is a test rocket, nothing more. CBs do not want to taper and they can not taper. And with last weeks market developments, do not be surprised to see Fed un-taper their test rocket…

Prepare For Liftoff
Graddhy out of Sweden:  The ratio chart broke out above blue line with silver´s huge move back in July 2020. And it has been backtesting since then.

And the SPX chart is up against that 11-year trend line again. Now put the two charts against each other.

SILVER vs SPX
Silver Preparing To Skyrocket vs S&P 500! 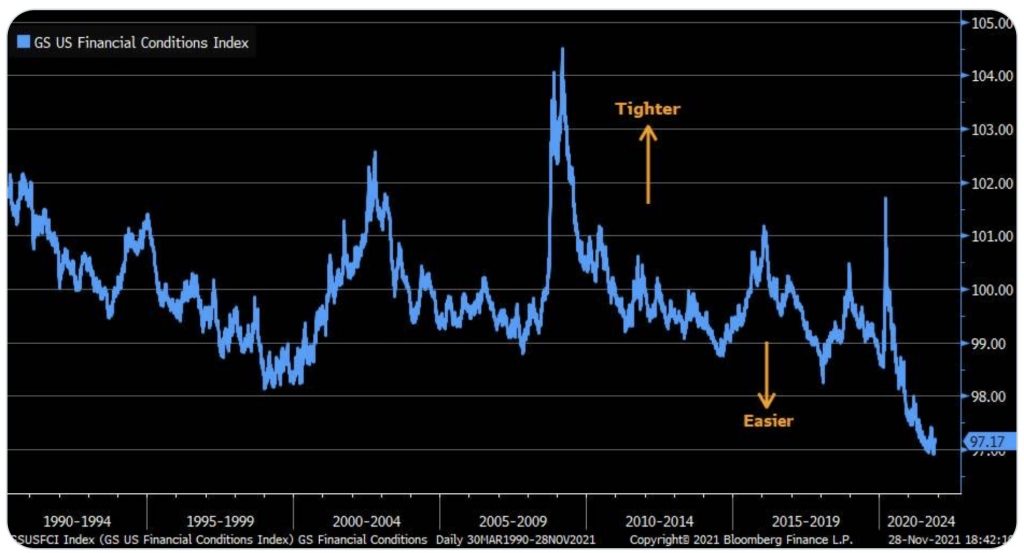 1970-Style Inflation…Or Even Worse
Liz Ann Sonders, Chief Financial Strategist at Charles Schwab:  Lower real rates needed for stronger capex? Rolling 5y correlation between inflation-adjusted 10y yield and core cap goods orders has been negative since early 2018 and is at lowest ever going back to 1970s

Most Negative Real Rates Since 1970s! 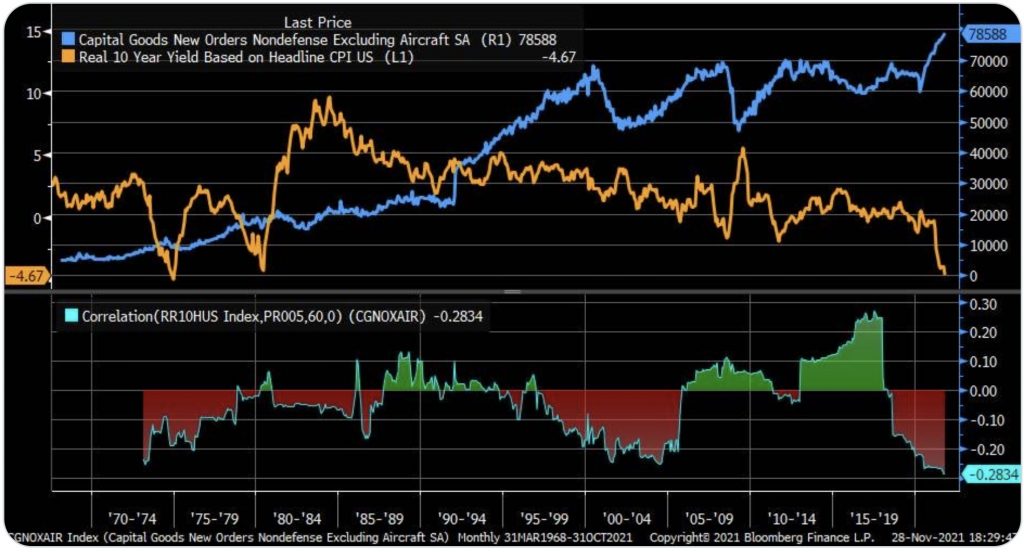 Inflation
Liz Ann Sonders, Chief Financial Strategist at Charles Schwab:  Quite remarkable jump in goods spending … since low in April 2020, spending on goods is up 46%; from low during GFC to peak in January 2020, goods spending rose 48% … what took us 133 months to do pre-virus, has now only taken 18 months for nearly same rate.

Nothing To See Here Folks…
Just A Little Transitory Inflation! 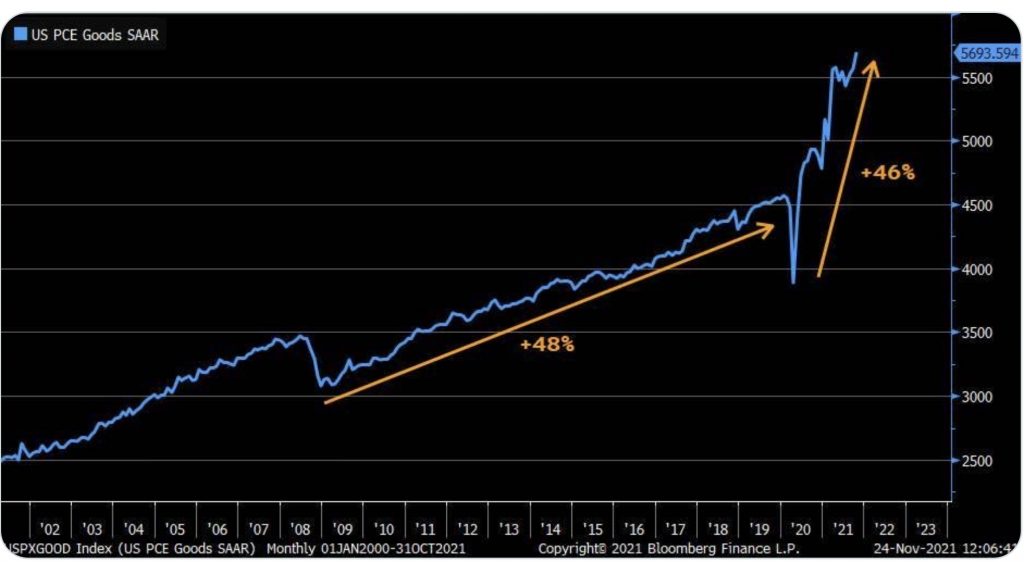