Silver
February 23 (King World News) – Graddhy out of Sweden:  Silver is trying to make another go at it. Silver is up against blue long term trend line again. It is also up against MA200 which has been strong resistance three times before; back in Aug + Nov + Jan. A break above the now synced blue trend line + MA200 would probably mean Silver has joined Gold’s move higher.

Hours Later Silver Broke Out Solidly
Above The Trend Line 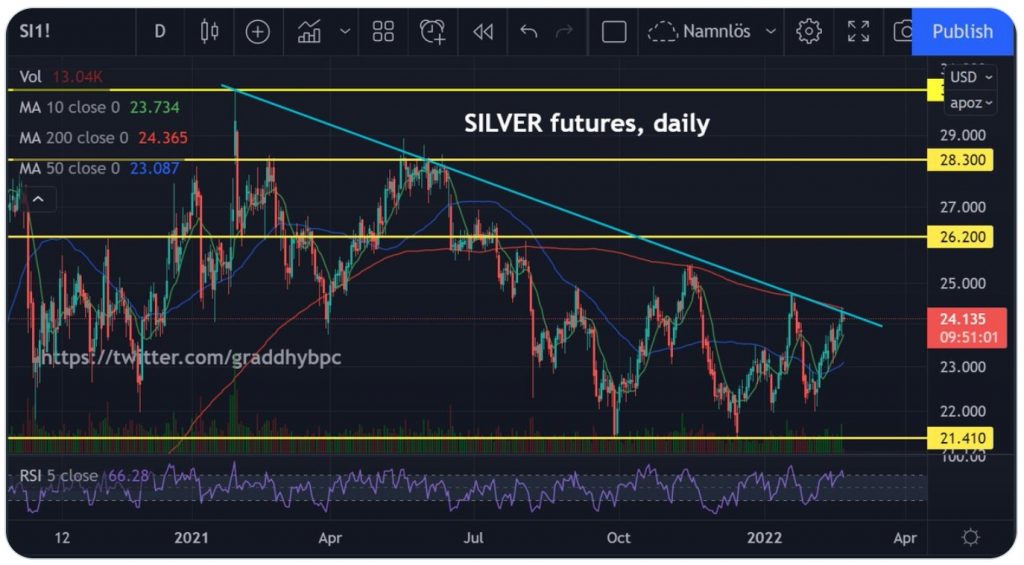 This Is It
Otavio Costa:  This is it. Silver. 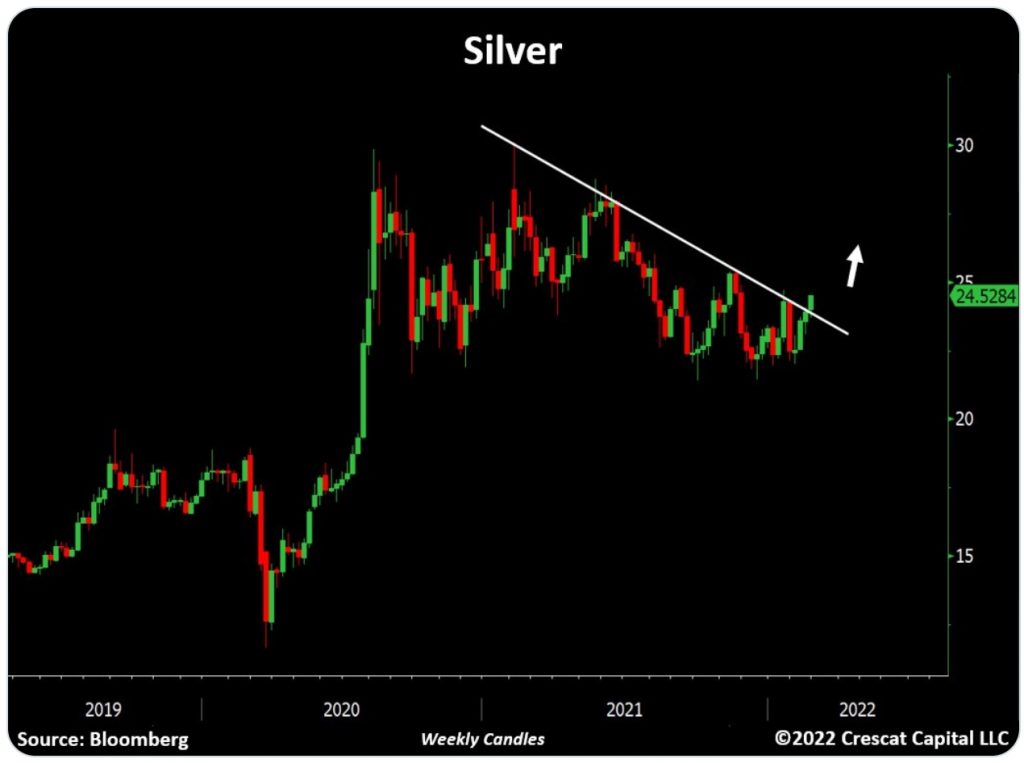 Why Silver Is Finally Being Unleashed
Graddhy out of Sweden:  This chart clearly shows how undervalued Silver is relative to the US money supply. And since Silver is a hedge against currency debasement together with Gold, and since inflation is caused by an increase in the money supply, this chart has a very, very long way to go. 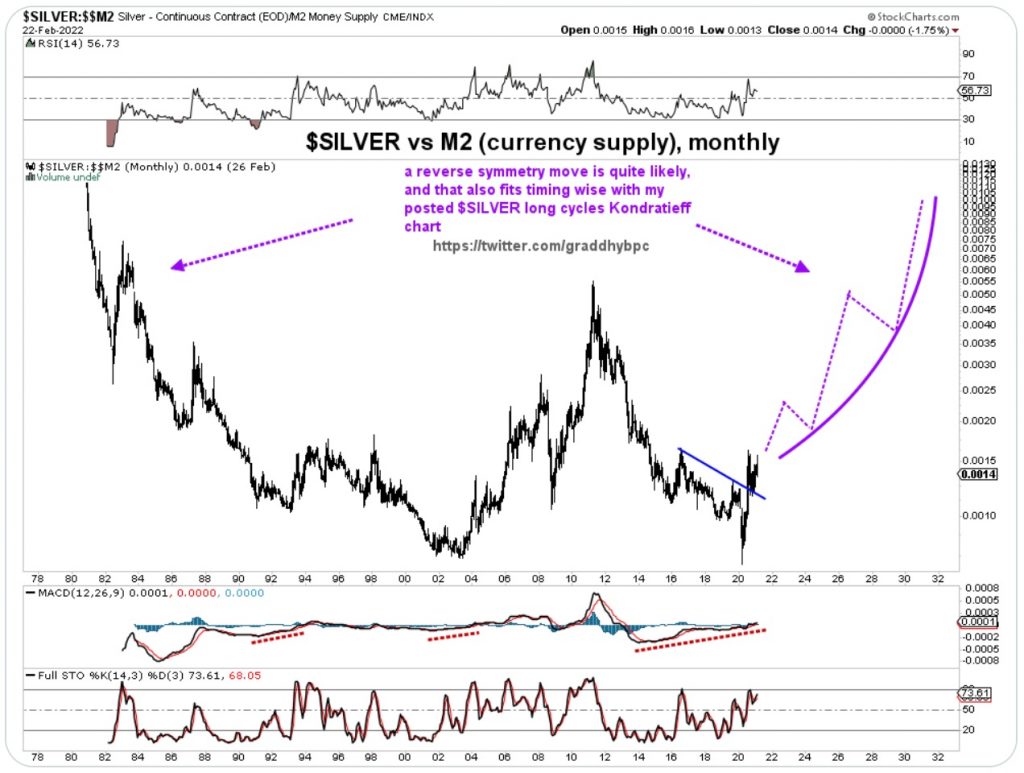 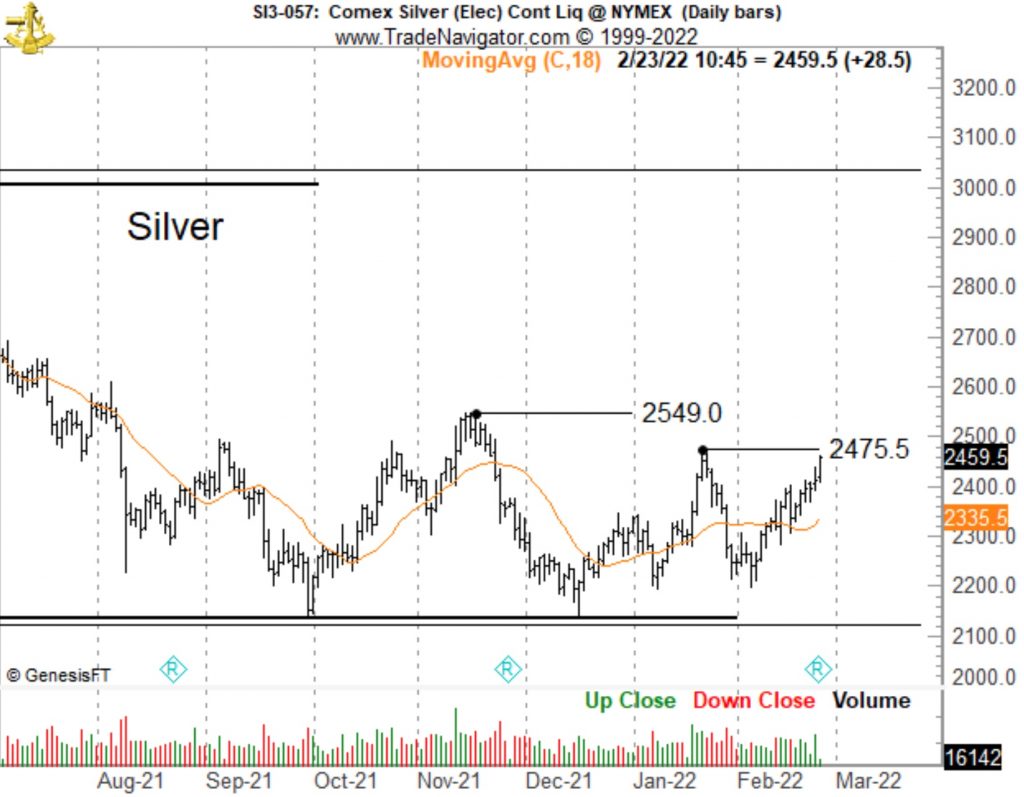 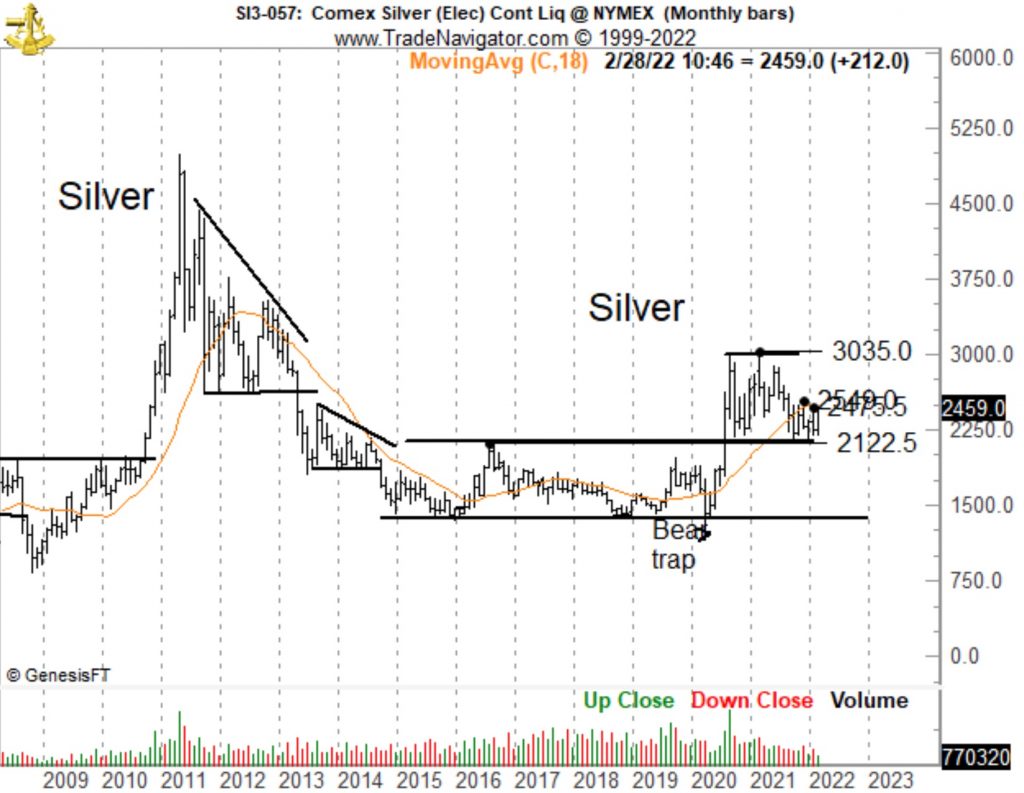 This Didn’t Happen Because Of Ukraine
Brian Wesbury:  This surge in oil prices did not happen because of Ukraine, and the more they say it did, the more inflation I expect. Why? Because that means they are making excuses. Just like the 1970s.

Oil Spike Nothing To Do With Ukraine! 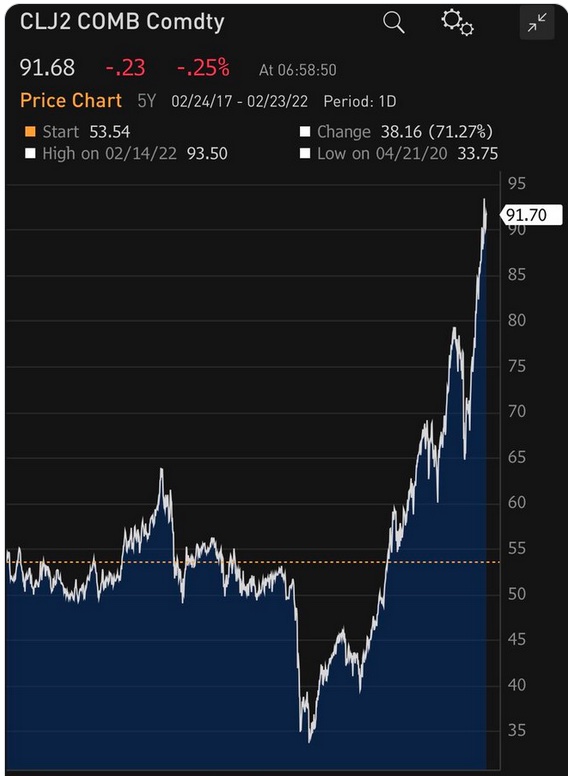 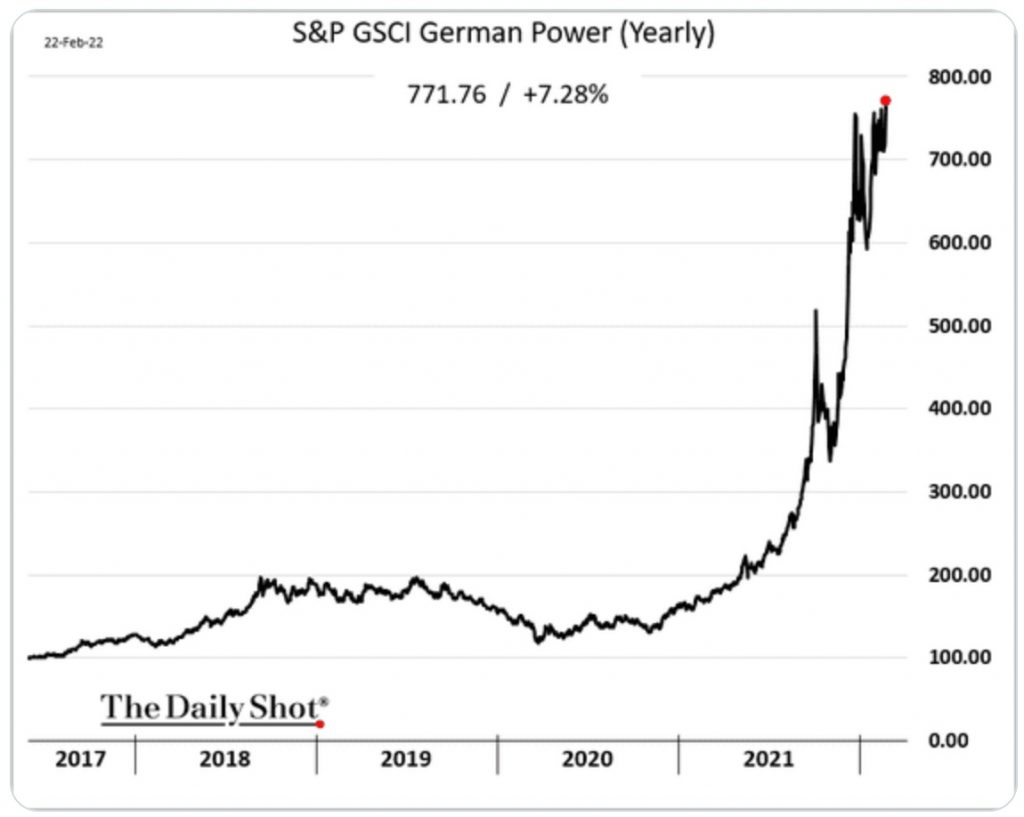 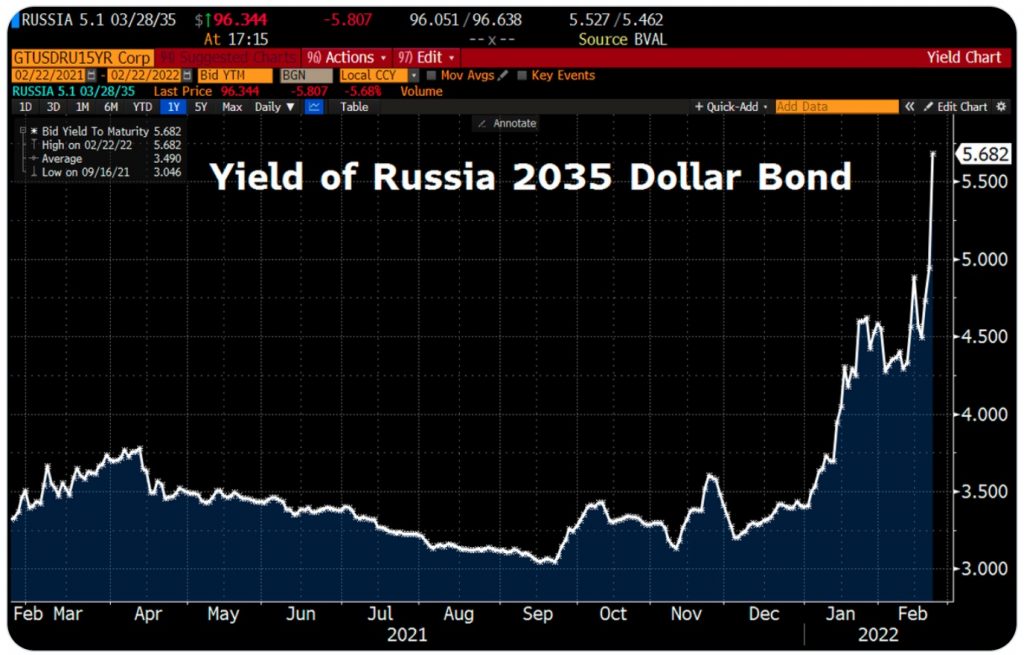 Zacapa Resources More Than Doubles Land Position Following Discovery of Porphyry Mineralization at Red Top in Arizona!
Zacapa Resources announces that it has staked an additional 239 mining claims (approximately 19.4 km2) at the 100% owned Red Top project following the discovery of porphyry-style mineralization with the inaugural drill hole on the property. The new staking more than doubles the land position of the Red Top project north of Superior, Arizona. Drill hole RT-21-001 was completed in January to a depth of 1,042 meters encountering extensive porphyry-style alteration and mineralization. 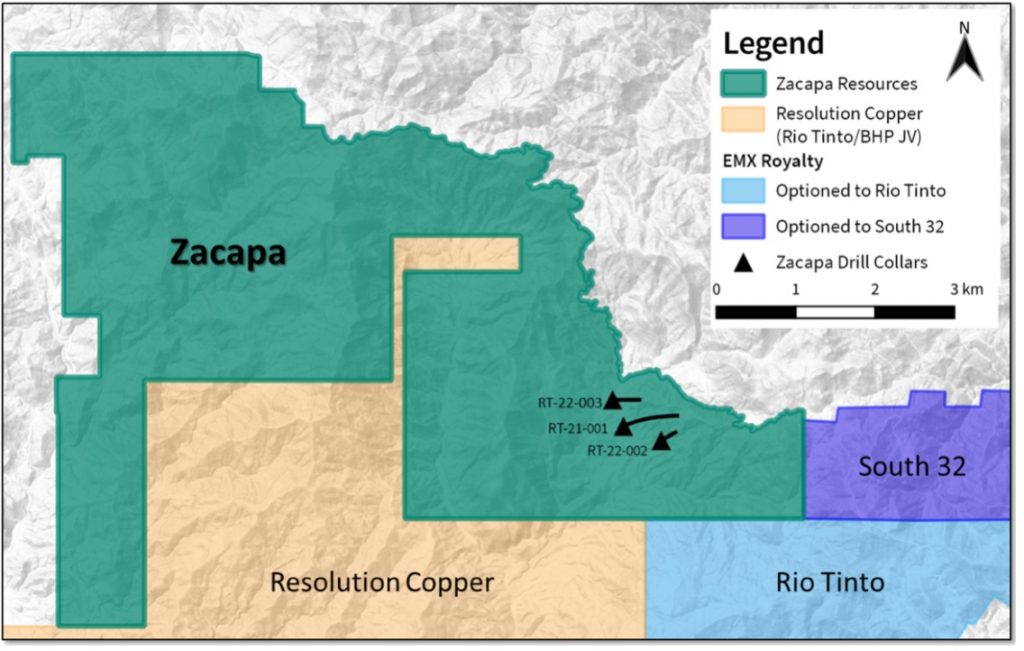 “The remarkable success of our early drilling at the Red Top porphyry copper project has generated considerable interest and our team acted quickly to secure additional prospective ground in the area.”

“Our land position provides ample room for our current and future exploration plans and the major mining companies exploring next door are a testament to the highly prospective ground in this part of the Superior Mining District.”